Chelsea are unbeaten in their last 11 games, but are pursuit of their first win at Stamford Bridge under Guus Hiddink when they face Newcastle. It could be tough in their first match without Kurt Zouma, who tore his ACL last week against Manchester United. Chelsea are still firmly mid-table, but have a Champions League meeting with Paris Saint-Germain and would like some positive momentum. It hasn’t gotten easier for the club, as Diego Costa broke his nose during training and will have to wear a mask for the near future.

Zouma has been solid for Chelsea, and the side hasn’t fared well without him. They are winless with two losses in his four previous absences, and have conceded ten goals during those games.

In Zouma’s place will be Gary Cahill, who hasn’t started since Boxing Day. Cahill could face a challenge against the aggressive Magpies, including newly-signed Andros Townsend. Newcastle have five points from their last three home matches, helping them rise just one point above the relegation zone. 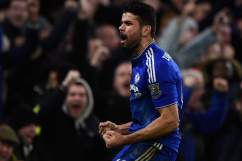 Chelsea vs. Newcastle: How to Watch Live Stream Online