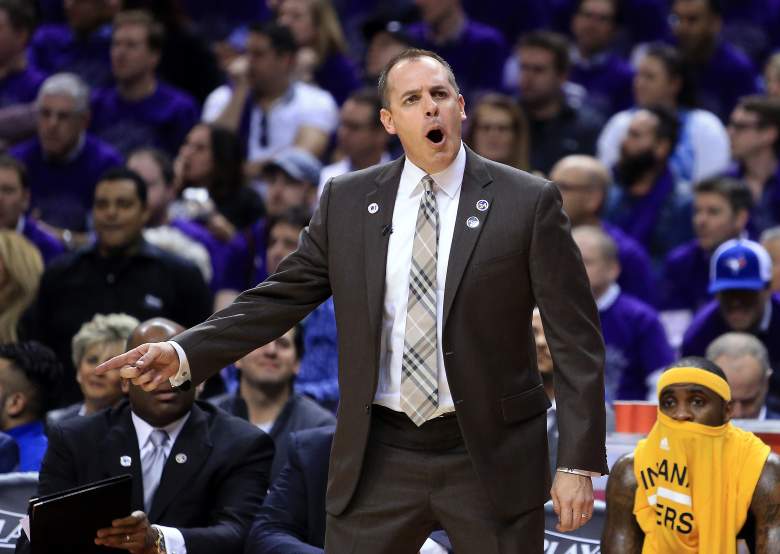 Frank Vogel agrees to a deal to coach the Orlando Magic shortly after being let go by the Pacers. (Getty Images)

The Magic were apparently not interested in taking their time with a coach search, believing they found their guy early on. According to an Orlando Sentinel report, former Pacers coach Frank Vogel has reached an agreement to become the new head coach of the Orlando Magic.

This announcement comes a week after Scott Skiles resigned from the position after just one year, believing he was not a good fit for the team. The Magic have not reached the playoffs since the 2011-12 season, and haven’t gone beyond the first round since the 2009-10 season. The Pacers, on the other hand, made the playoffs in 5 of Vogel’s 6 years as head coach, including two consecutive trips to the Conference Finals. These teams also, according to the Sentinel, made the top 10 in defensive efficiency each year.

The Pacers parted ways with Vogel two weeks ago, with President of Basketball Operations Larry Bird feeling it was “time to move in a different direction.”