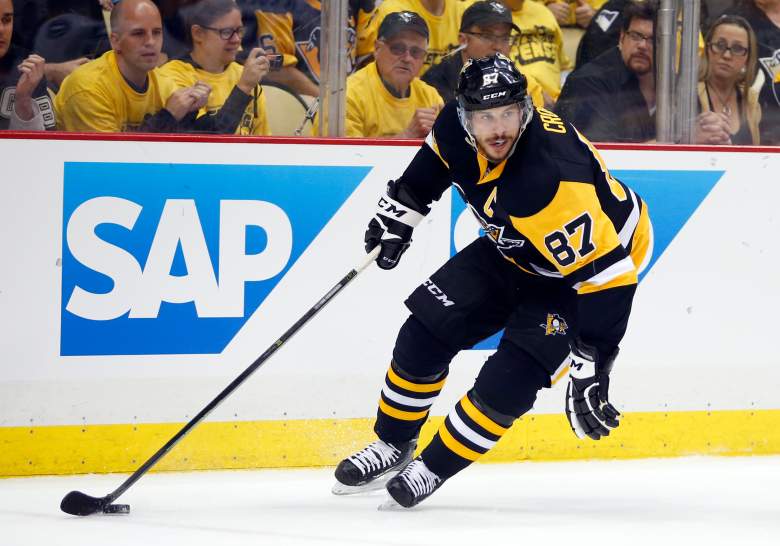 The Sharks are preparing for Penguins captain Sidney Crosby who has 6 goals and 15 points entering the Stanley Cup Final. (Getty)

The San Jose Sharks will make their first Stanley Cup Final appearance in the team’s 25-year history when the puck drops Monday night in Game 1.

The Pittsburgh Penguins return to the Cup final for the fifth year. They have a 3-1 record in previous appearances, the last being in 2009 when they won against the Detroit Red Wings in Game 7.

The Sharks and Pens are both loaded with talented goal scorers.

San Jose enters the final with the league’s top offense, scoring an average of 3.50 goals per game.

Logan Couture and Joe Thornton are the Sharks’ top two playmakers of the postseason, with 16 and 15 assists.

After a slow start to the season, the Penguins transformed into a different team when Mike Sullivan took over behind the Pittsburgh bench in December.

The Pens are known for the dominant duo of Sidney Crosby (6-9-15) and Evgeni Malkin (4-11-15) , however the team also boasts offensive depth.

Phil Kessel’s line has been dominant. Kessel leads the team with nine goals and 18 points.

Here’s a complete look at the schedule:

Television information for Games 3 and 4 will be announced at a later date. 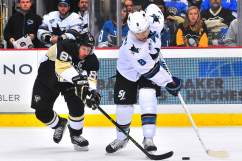