Jerry Lawler’s 27-year-old girlfriend claims that the wrestling legend put a gun on their kitchen table and told her to kill herself. While the WWE star, 66, counters that it was Lauryn McBride, 27, who got the gun from the garage of their Memphis home. Cops were called to the house early on the morning of June 17, the pair were taken into custody at Shelby County Sheriff’s Office. Lawler says McBride kicked her in the groin, threw a candle at him and scratched her in the face. While she says that Lawler hit her in the head and pushed her into the stove.

1. Lawler Says the Charges Stemmed From McBride Drinking Too Much While He Had Been Wrestling at an Event Named ‘A Night in the Slammer’

Lawler and McBride at the 2012 CMT Music Awards. (Getty)

In a jailhouse interview with NBC Memphis, Lawler said that he had been out wrestling at an event called A Night in the Slammer.” Also competing at that event, was Lawler’s son from his first marriage, Brian Christopher.

Lawler said that McBride had been at a friend’s house watching a basketball game and had too much to drink. Lawler added that sometimes when McBride “over drinks” they get into a “shouting match.”

He denied shoving her into the stove and said that McBride introduced the gun into the argument. The wrestling legend added, “She was threatening to kill herself.”

Lawler also told NBC Memphis that it was McBride who called 911 and that a week before the incident, his girlfriend got into a drunken fight with her aunt at a music festival.

According to his official website, Lawler says he has never had alcohol in his life. He told Bleacher Report in a 2014 interview, “I’ve never in my life tasted alcohol. Not one taste. Not one sip of beer, wine, whiskey. Never smoked or had a cigarette in my hand of any kind. Never done any drugs whatsoever. And I’ve got to think that’s helped my longevity in the business.”

WREG reports that the couple will both appear in court on June 20. The Memphis Commercial Appeal’s Katie Fretland reports that Lawler was released on his own recognizance on June 17.

2. The Part-Owner of Lawler’s Memphis Restaurant

According to McBride’s Facebook page, she is a part owner at Jerry Lawler’s restaurant along Beale Street in Memphis. On that profile, McBride says that she and Lawler have been together since 2011. She is a native of Collierville, Tennessee.

3. McBride Has a Son From a Previous Relationship

McBride has a son named Peyton from a previous relationship, according to her Twitter page. Her handle on that site is “@Lauryn911.” In her bio on Twitter, McBride writes, “Life is too short to be anything but happy!!”

Lawler has been married three times, most recently to former WWE valet Stacy “The Kat” Carter. The couple married in September 2000. She was fired by the WWE in February 2001 with Lawler protesting the decision by quitting the company. When they split later that year, Lawler rejoined WWE. Their divorce was finalized in 2003.

The wrestler has two sons from his first marriage to a woman named Kay., who both went into the business, Brian and Kevin.

4. Lawler Said in Late 2015 That McBride Was Showing Signs of a Concussion After a Car Accident

@Lauryn911 and I were lucky things weren't worse than they were last night. My car not so lucky. pic.twitter.com/se2obIBHM1

On Halloween night 2015, Lawler and McBride were involved in a serious car accident, according to his Twitter page. He said that after the crash, McBride had to spend four hours in the E.R. While McBride wrote on Facebook:

Not exactly how we expected to spend our Halloween, but while on our way home from dinner (Peyton wasn’t with us thank God) a girl ran a red light and hit us totaling the car…

The airbag deployed hitting me in the face (hence, why I look like Sandy the Squirrel from SpongeBob) causing the swelling to my face…have to wear a silly brace and crutches for my knee for the time being…

Thank God we are ok other than that & I think Jerry is superman…not a scratch or anything….he tried to cover me to save me from the airbag before it deployed.

Later, Lawler told WWE.com, “I got the green arrow to make a left turn. I started making the turn and I saw the car coming, not slowing down at all. The driver ran a red light.” He added that McBride was showing signs of a concussion.

Jerry The King Lawler Heart Attack Live On WWE RawThis video is not mine it is owned by wwe and bigdrecords and danhower all credit goes to them2012-09-11T22:36:06Z

In 2012, Lawler suffered a massive heart attack live on air during a WWE broadcast. During his hospitalization, Lawler’s son, Brian Christopher released a statement, saying:

Ok, here’s the latest real update. [Lauryn McBride, Jerry Lawler’s girlfriend] and I are here at the hospital in Montreal.

He does not look good at all. He is responsive to questions that he is asked which is very good. His sedation and breathing support are being lowered slowly right now.

He was shocked a total of 7 times at the arena and underwent a balloon stint to open up a clogged artery when he arrived at hospital.

Everyone out there needs to say a special prayer for his brain at this point, please. Tests on his brain will not be available until the morning. One of us two will keep all you guys informed as we know more.

Lawler later said that the attack was “unexplained.” He returned to WWE programming in November 2012.

5. In 1993, Lawler Was Suspended From the WWE After He Was Accused of Raping a 13-Year-Old Girl

Jerry Lawler sings a song about having sex with woman using wrestling movesWRESTLING WITH GIRLS. YEAH.2012-04-17T22:26:11Z

Lawler, a former four-time world champion, has been with the WWE since 1992 where he primarily serves as a color commentator. He was inducted into the company’s Hall of Fame in 2007. In 1993, Lawler was suspended from the WWE after he was accused of raping and sodomizing a 13-year-old girl.

It was widely reported that in February 1994, Lawler pleaded guilty to the lesser charge of a harassing a 14-year-old girl, who was a witness. He received a two-year suspended sentence. 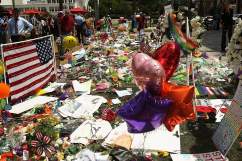 Read More
5 Fast Facts, Breaking News, Crime, WWE
Jerry Lawler's 27-year-old girlfriend claims that the wrestling legend put a gun on their kitchen table and told her to kill herself.