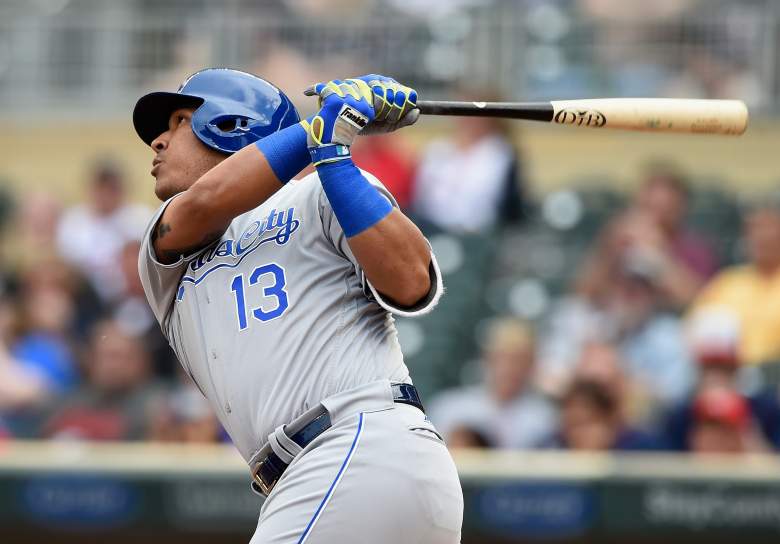 Salvador Perez of the Royals led AL catchers by a wide margin in the first update. (Getty)

Last week’s first update in All-Star voting showed a lot of love for Royals and Orioles. Races were extremely close at second base, third base, and especially at shortstop. Positions like DH and catcher, however, have their leaders running away with the competition.

Now that that first update was revealed, however, it becomes a race for fans of teams with deserving players who maybe aren’t polling as well. A similar thing happened last year, when the first update showed nearly all Kansas City Royals at the top of the voting. Those votes came back down to earth by the end of voting, as fans of others teams with deserving players made their voices heard and got their players starting slots, such as the Astros’ Jose Altuve.

This full list can be found here. The following players are leading at their respective positions:

Ultimately, not much has changed in the voting. The only new player in the starting field is Jackie Bradley Jr. His huge offensive showing last week helped propel him to the third outfield slot over last week’s leader, Mark Trumbo of the Baltimore Orioles.

Many close races got much less close in the latest update. Bogaerts had been neck and neck with the Royals’ Alcides Escobar last week, but now he has over 1 million votes and is nearly 200,000 ahead of Escobar. Machado drew slightly ahead of his last lead on Royals’ Mike Moustakas, who is currently on the DL. And Jose Altuve’s lead grew somewhat as well against, once again, the Royals’ Omar Infante.

Players like Ortiz and Perez, meanwhile, are absolutely running away with the competition. Hosmer holds a comfortable lead over Miguel Cabrera of the Tigers, and while a smattering of Royals and AL East outfielders crowd the field for the third outfield slot, no one is overtaking the outfield voting leader Mike Trout.

Some notable players trying to break through in the middle of good years include Robinson Cano, who despite his great season so far is 3rd in second base voting. Other impressive seasons simply aren’t being represented at all due to smaller fanbases, like Indians shortstop Francisco Lindor and long-time Rays third baseman Evan Longoria.