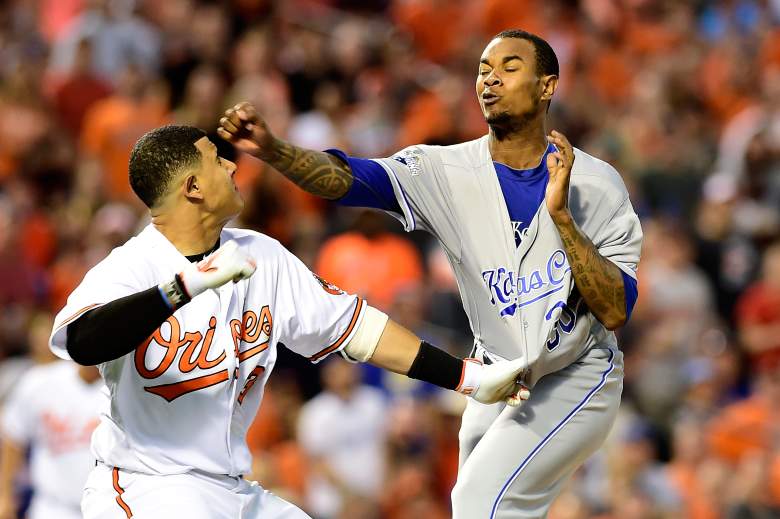 Ventura in a physical altercation with Machado after hitting him with a pitch. (Getty)

Not too long after Manny Machado was suspended for 4 games and fined $2,500 dollars, Yordano Ventura gets a 9 game suspension. Jon Heyman was the first to break the news and others quickly followed suit.

MLB announces that Ventura has received a nine-game suspension for intentionally throwing at Machado and fighting. #orioles

Ventura gets 9 games (1 start?), Machado 4 for their respective roles in the brawl, per MLB release. Both players are appealing.

As Brendan Kennedy of the Toronto Star notes, with the length of the suspension Ventura could only end up missing a single start. Royals beat writer Jeffrey Flanagan says Ventura intends to appeal MLB’s decision.

The fight began when, after Machado had terse words for Ventura in the second inning for an inside pitch, Ventura hit Machado with a 99-mph fastball. Machado charged the mound and the benches cleared. Support on social media seemed in favor of Machado, with the consensus being that Ventura’s pitch was likely on purpose.

Ventura has a history of hitting batters and starting fights with other teams. Last season, for example, after using an expletive, a fight broke out in a Royals-White Sox game.