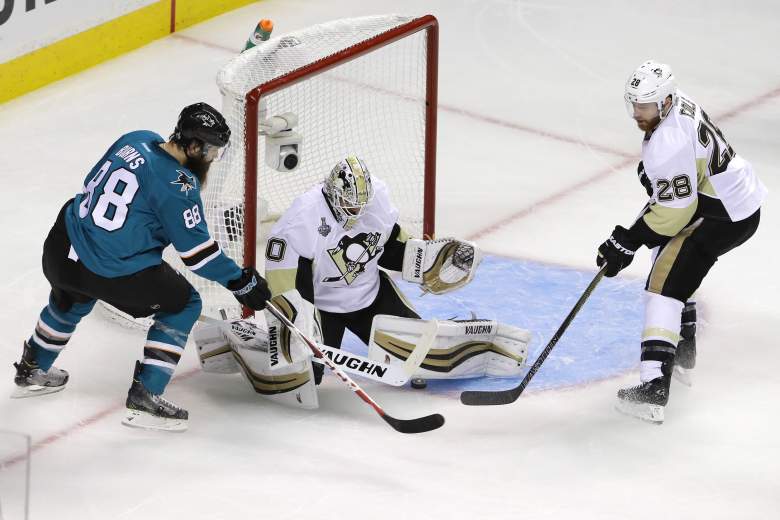 Penguins Matt Murray makes the save on Brent Burns in Game 3 of the Stanley Cup Final in overtime. (Getty)

Looking for a live stream of Game 4 of the Stanley Cup Finals? The options depend on where you live and whether you have access to a cable or satellite subscription.

Unfortunately, there’s no live stream for viewers in the United States who don’t have access to a cable or satellite subscription that includes NBC Sports Network, which is broadcasting the game. If you’re unable to access a live stream, your best bet — aside from going to a sports bar to watch the game — is the radio feed, which you can access via TuneIn Radio.

If you have access to an American cable subscription or you’re in Canada, here’s how you can watch:

If You’re in the U.S. & Have Access to a Cable or Satellite Subscription That Includes NBSCN

If you have access to a cable or satellite log-in and you’re looking to stream the game on a tablet or connected TV, you can do so via the NBC Sports Live Extra App. As is the case with desktop, you will need a username and password for a cable subscription to authenticate the stream.

If You’re in Canada

There is no desktop live stream available to viewers in Canada. However, Canadian viewers can watch the game for free — no log-in required — via the CBC Sports app.

How to Listen to the Game Live Online

If you’re unable to access a live stream but are interested in listening to the game online, you can do so via TuneIn Radio, which offers feeds for the Sharks broadcast and the Penguins broadcast.

You can listen to both teams’ broadcast feeds via the TuneIn app.

The San Jose Sharks can even up their series with the Pittsburgh Penguins with a win in Game 4 of the Stanley Cup Final on Monday.

After clinching a thrilling overtime win on home ice in Game 3, the San Jose Sharks are 8-1 in their last nine home games this postseason.

San Jose established a much more physical game on Saturday, outhitting the Penguins 47-17.

Martin Jones had another outstanding performance in net for the Sharks, stopping 40 of 42 shots. However, the Sharks who were limited to just 26 shots, still have yet to find their offensive rhythm.

Throughout this series, the Sharks have had slow starts and never held a lead in regulation. Getting off to a faster start in Game 4 will be key to tying the series.

The Penguins, meanwhile, will attempt to regain their two-game series lead. Saturday night was the third straight game the Penguins opened the scoring. At 5:29 in the first period, defenseman Ben Lovejoy scored a goal to give the Pens an early lead.

Malkin has four goals and 11 assists for 15 points in 17 games this postseason. Malkin was crucial in helping the Pens in the Eastern Conference Final, he collected six points over five straight games.

Sharks captain Joe Pavelski is the leading goal scorer in the 2016 playoffs with 13 goals. However, Pavelski is pointless in the Stanley Cup Final.

The puck drops at 8 p.m. tonight at SAP Center before the series shifts back to Pittsburgh for Game 5. 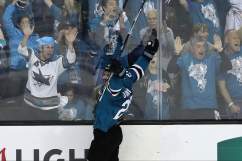