Unlike Tuesday, with the NBA schedule consisting of just four games, Wednesday's NBA slate has ten games so FanDuel players won't lack for options. One matchup that will immediately catch the eye of some is Sacramento's trip north to take on Portland. Sacramento center DeMarcus Cousins and Portland center Meyers Leonard have some history, and there was no love lost following a game in which Cousins tallied 55 points, 14 rebounds and three blocked shots. Cousins finished that game with 76.3 FanDuel points, and in the first meeting this season Cousins (33 points, nine rebounds, three assists and two blocks) accounted for 51.3 FanDuel points.

Cousins won't be up against Leonard all too often, with Portland using Mason Plumlee as their starting center and primary defender. But given how well he's performed against the Blazers this season, not to mention his skill set, it likely won't matter who Portland assigns to Cousins ($11,000 FanDuel value) provided he's focused on the task at hand. Cousins is one of four players with five-figure salary cap numbers in action on Wednesday, with New Orleans forward Anthony Davis ($11,300), Milwaukee forward Giannis Antetokounmpo ($10,300) and Golden State forward Kevin Durant ($10,000) being the others. Here are our FanDuel picks for Wednesday's games, working with a $60,000 salary cap and a nine-player roster. (Getty)

NOTE: Statistics from Basketball Reference and Rotowire were used in this post. 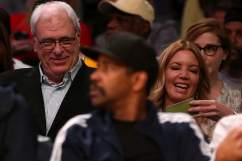