On Christmas Day the Golden State Warriors and Cleveland Cavaliers met for the first time since Game 7 of June's NBA Finals, a game defined by LeBron James' block of an Andre Iguodala layup attempt and Kyrie Irving's game-winning three-pointer. In the aftermath of Cleveland's victory the Warriors made changes, most notably signing Kevin Durant, with the focus being on making a return to the top of the NBA. Sunday afternoon the two teams combined to produce a Christmas Day Classic, but in the end it was Irving and Richard Jefferson who made the plays that sparked Cleveland's comeback from 14 points down in the fourth quarter to win 109-108.

Irving scored 14 of his 25 points in the fourth quarter while dishing out ten assists, and Jefferson's two emphatic fourth quarter dunks gave Cleveland a much-needed spark. But while those two certainly deserve credit, their heroics don't mean much if not for LeBron James (31 points, 13 rebounds) and Kevin Love (20 points, six rebounds) keeping the team within striking distance in the first three quarters. As for Golden State, a big day from Durant (36 points, 15 rebounds) went for naught as they struggled (and ultimately failed) to put the game away. Stephen Curry's Christmas Day struggles continued, and Draymond Green got off to a terribly slow start that featured two fouls and a technical in the first three minutes. The good news for Golden State (and the fans) is that there's another matchup during the regular season, on January 16 in Oakland. And by the looks of things, there's a good chance that they both return to the NBA Finals for a third consecutive season.

Here is this week's Top 10, with the biggest shift being Utah falling out of the rankings and Charlotte moving in. NOTE: Some links are from Basketball Reference. (Getty) 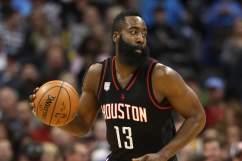 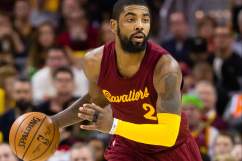