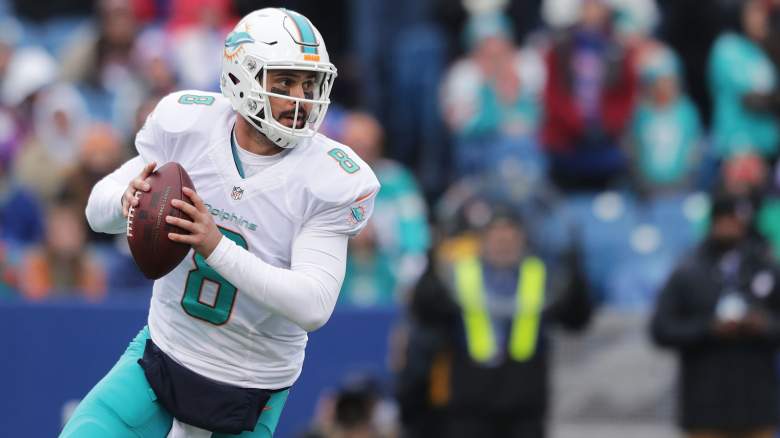 UPDATE: The Dolphins’ Week 17 loss means they are the No. 6 seed in the AFC. They’ll travel to Heinz Field to take on the Pittsburgh Steelers next week.

Though the Miami Dolphins have already clinched a spot in the postseason, they still have plenty to play for when they take on the New England Patriots in Week 17.

Here’s a complete look at the potential different playoff scenarios depending on what happens Sunday at Hard Rock Stadium:

Should the Dolphins earn a victory against New England on Sunday, they can move up to the No. 5 seed if the Kansas City Chiefs also lose to the San Diego Chargers. In that scenario, Miami and Kansas City would both finish at 11-5, with the former winning the tiebreaker based on best win percentage in common games.

Moving up to the No. 5 seed would book the Dolphins a trip to Houston to take on the Texans, the AFC South champions who enter Week 17 at just 9-6 overall but 7-1 at home. The Texans have won three in a row–two coming with backup quarterback Tom Savage under center–but still have glaring weaknesses on the offensive side of the ball.

If Dolphins Lose to Patriots

No matter what the Chiefs do, the Dolphins will finish with the No. 6 seed in the AFC with a loss to the Patriots.

That would earn Miami a date with the Pittsburgh Steelers at Heinz Field next week. These teams met back in Week 6, with Miami rolling to a 30-15 win behind 204 yards from Jay Ajayi and a defense that held Ben Roethlisberger to 189 yards and two touchdowns.

Of course, that game was in South Florida, and the Steelers’ offense has been significantly more dangerous at home, where they are averaging 28.43 points per contest, compared to 21.63 on the road.

Though every postseason game is going to be difficult, most would probably agree the Dolphins would rather see the Texans in the wild-card round.

Read More
Miami Dolphins, NFL
The Dolphins are headed to the playoffs, but who and when are they playing? It all depends on Week 17.