The Golden State Warriors, San Antonio Spurs and Cleveland Cavaliers still have the three highest winning percentages in the NBA, which doesn't come as a surprise. What may come as a surprise to some, especially when thinking back to preseason prognostications, is the team in hot pursuit of those three expected title contenders. The Houston Rockets, winners of ten straight games, are now the hottest team in the NBA after sharing that label with the Memphis Grizzlies last week. It can be argued that Houston's win streak should have been done at nine, with the Timberwolves seemingly having control of their game Saturday night in Minnesota. But James Harden and company erased a 12-point deficit in the final 2:19 of regulation to force overtime, where they pulled out a 121-119 victory.

Much has been made of the Rockets' offense and rightfully so, as with Harden leading the way in Mike D'Antoni's system they're second in the NBA in scoring (113.1 ppg) and fourth in offensive rating (114.3). But this is also a team that's made strides defensively, especially with the return of guard Patrick Beverley to the lineup. While they are giving up 105.8 points per game, which ranks 20th, Houston is 16th in defensive rating. Is that "great?" No, but it is respectable, and the Rockets have the ability to get better on that end of the floor. And during their current win streak, they've been able to get stops when needed. Hot right now, Houston has the look of a team with staying power when it comes to the Western Conference race.

Here are this week's power rankings, with the Chicago Bulls dropping out after a week in which they lost three consecutive games. (Getty) 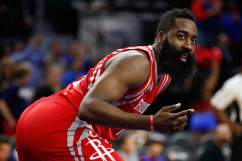 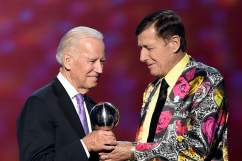