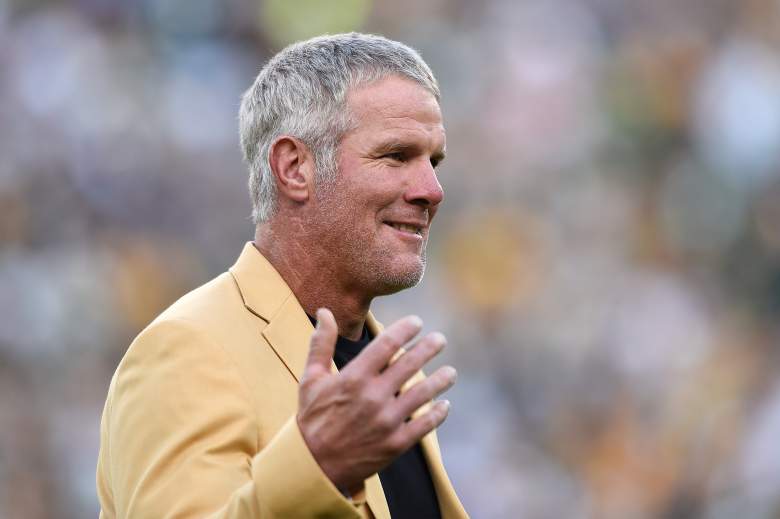 Green Bay Packers quarterback Aaron Rodgers has his team back in the NFC Championship Game, on an improbable run of eight wins in a row. Whether or not Rodgers can make it nine and take Green Bay back to the Super Bowl remains to be seen, but what’s more certain is that Rodgers is starting to approach the career accomplishments of his predecessor under center for the Packers, Brett Favre.

Favre spent most of his 20-year career in Green Bay, 16 seasons to be exact. For the purpose of this comparison, we’ll isolate Favre’s record to just those games played for the Packers.

Favre played in 255 games, 253 of them starts, during the regular season for Green Bay. In 160 of those contests, the Packers won. That gives Green Bay teams with Brett Favre at quarterback a winning percentage of .627 during the regular season. The Packers had a losing season only once during Favre’s tenure, and qualified for the postseason 11 times. Favre-led Green Bay teams won the NFC Central/North division seven times.

Favre played in 22 postseason games for the Packers, winning 12 of them for a .545 winning percentage. Favre took his Green Bay teams to the NFC Championship Game four times, winning it twice. In Super Bowls, Favre has a 1-1 record, defeating the New England Patriots 35-21 on January 26, 1997 and losing to the Denver Broncos 31-24 on January 25, 1998.

As far as individual statistics go, the bar was set very high by Favre. In his 16 Packer regular seasons and 22 Green Bay playoff games combined, Favre completed 5,815 of 9,475 pass attempts (61.4 percent completion) for 66,966 yards and 481 touchdowns with 314 interceptions.

That’s the standard that Favre set for Rodgers to follow, and thus far, it’s looking good for Rodgers.

Rodgers has appeared in 142 games, 135 of them starts, for Green Bay in the regular season over nine seasons to this point. The Packers won 93 of those contests for a .654 winning percentage. Green Bay has had a losing season once so far in Rodgers’ tenure, and have made the playoffs in eight of the seasons with Rodgers under center. Rodgers-led Packer teams have won the NFC North division five times.

Rodgers has played the equivalent of a full regular season in the postseason, with his 17th playoff game coming up today. So far, Rodgers’ teams have won 10 of 16 games, giving Rodgers a .625 winning percentage in the postseason. Green Bay has reached the NFC Championship Game now three times with Rodgers, and to this point have gone 1-1 in the two previous contests. The Packers won the lone Super Bowl that they have reached with Rodgers so far, defeating the Pittsburgh Steelers 31-25 on February 6, 2011.

Playoffs and regular season combined, Rodgers has completed 3,385 of 5,207 pass attempts (65 percent completion) for 40,998 yards and 330 touchdowns and 81 interceptions going into play on Sunday.

Favre still leads Rodgers in most relevant categories, although the pair are tied in Super Bowl wins and Rodgers’ touchdown-to-interception ratio is far superior to Favre’s.

Fans must remember that Rodgers has only played just over half the number of seasons that Favre did in Green Bay and still faces a deficit of over a hundred regular season games along with a handful of playoff games. Rodgers has a better winning percentage in both the regular season and postseason, so if Rodgers is fortunate enough to play as many seasons for the Packers as Favre did and maintains his current level of success, he should surpass Favre in these categories by the time he either moves on to a different team or retires.