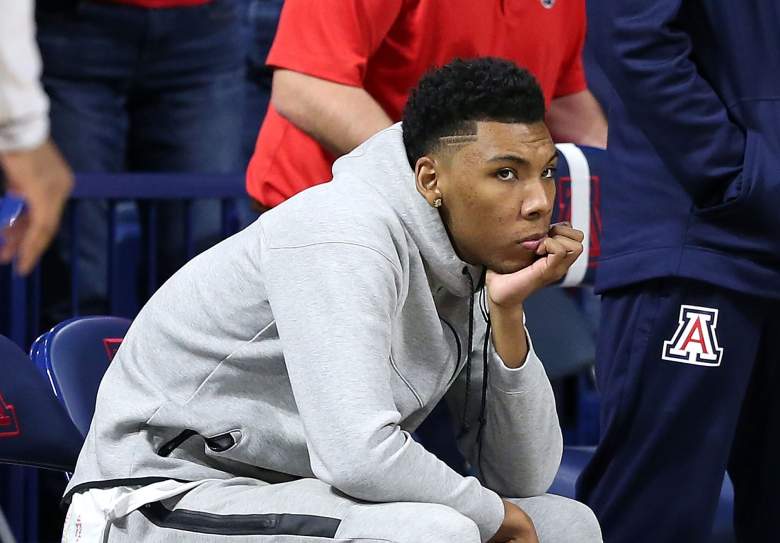 Wednesday night ESPN.com reported the reason why Arizona sophomore guard Allonzo Trier has yet to play in a game this season. Per the report Trier failed a drug test for performance-enhancing drugs prior to the start of practice in the fall, resulting in his suspension. Despite their depth issues the Wildcats have won 16 of their first 18 games and are currently ranked 14th in the Associated Press Top 25 poll.

Here’s what you need to know about Trier, his status for the remainder of the season and his NBA Draft prospects.

1. Trier Will Make His Season Debut Saturday at UCLA

With Arizona due to play its biggest game of the season to date Saturday at UCLA, the program reportedly received good news regarding the status of Trier. According to Greg Hansen of the Arizona Daily Star, Trier will play Saturday against UCLA in a matchup of two of the three teams expected to fight it out for the Pac-12 title with defending champion Oregon being the other. The school sent out a release shortly after the report, stating that Trier’s most recent NCAA-administered drug test was negative and he was eligible to compete as a result.

Per the NCAA’s ruling on his appeal, Trier was not allowed to play until a drug test shows that the PED found in the original test is no longer in his system. Per ESPN’s report, Trier has been tested as recently as within the last two weeks, with the drug still being present. There are federal student privacy laws that prevent schools from disclosing too much regarding situations such as this, so there was no way to determine how long it would take for the PED in question to leave Trier’s system.

Trier tested positive for the substance, which has not be made public, in a random drug test administered by the NCAA in September according to ESPN.com. Arizona was made aware of the results of Trier’s drug test in October, with the sophomore guard being declared ineligible at that point in time. Athletes who fail an NCAA-administered drug test have the option to appeal the decision, which Trier did with his appeal being a successful one.

In a statement released Wednesday night, Trier stated that the positive test was a result of his being given a supplement by a “well-intentioned but misguided” person. That information was relayed to the NCAA during the appeal. As part of the ruling in his favor, Trier was allowed to travel and practice with the team but he still was not cleared for competition.

Trier was one of the Pac-12’s best freshmen in 2015-16, as he averaged 14.8 points and 3.3 rebounds per game. Trier shot 46.6 percent from the field and 36.4 percent from three as a freshman, and he missed nearly a month of action due to a broken hand suffered in Arizona’s quadruple overtime loss at USC on January 9, 2016. Arizona, which went 25-9 and lost in the first round of the NCAA tournament to Wichita State last season, lost its top two scorers in forward Ryan Anderson and guard Gabe York.

4. Trier’s Suspension Was One of Multiple Personnel Hits Incurred by the Program this Offseason

Arizona was hit hard by injuries and recruiting losses before this season even began. The first blow to the depth of Sean Miller’s team was Terrance Ferguson’s decision to turn pro and play in Australia as opposed to joining the Arizona program. Ferguson is a 6-foot-7 guard whose shooting ability, athleticism and defensive abilities were viewed as very good fits for Miller’s system, and he’s projected to be a first-round pick in this year’s NBA Draft by multiple outlets.

Two other players who were expected to help Arizona on the wing, redshirt freshman Ray Smith and grad student Talbott Denny, were lost for the season to knee injuries (torn ACL). Smith, who tore an ACL for the third time in the last three years, retired from the sport. But even with the depth issues the Wildcats have still been one of the best teams in the Pac-12.

The rules change by the NCAA makes it less of a risk for underclassmen to test the NBA Draft waters, with the deadline to withdraw being moved to ten days after the completion of the NBA Draft Combine (the date was May 25 last year). But Trier didn’t even test the waters after his freshman season, with the school announcing in early April that the Seattle native would be returning for his sophomore season.

The question now is how Trier’s prolonged absence will impact his draft prospects when it comes to the 2017 NBA Draft. The 6-foot-5, 210-pound Trier is currently ranked 83rd on DraftExpress.com’s list of the top 100 draft-eligible prospects, and the site projects him to be a late-second round selection in the 2017 NBA Draft should he go that route at the end of the season. 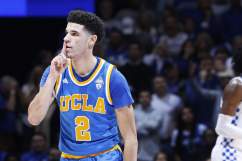