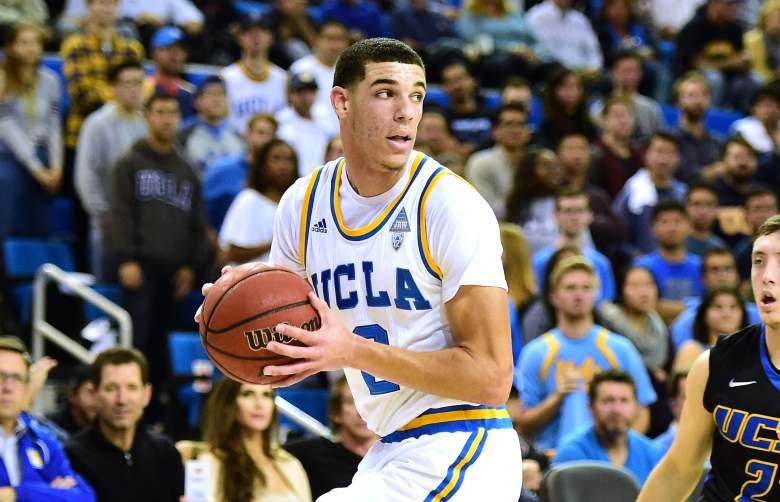 UCLA point guard Lonzo Ball arrived in Westwood by way of Chino Hills HS amidst much hype, with many expecting him to be the catalyst the program needed after a disappointing 2015-16 season. Thus far Ball has more than lived up to the hype, helping lead UCLA to a 13-1 start and the number two spot in the Associated Press poll. Listed at 6-foot-6, 190 pounds, Ball is taller than most point guards and he’s been praised for his vision when it comes to setting up teammates.

Ball’s currently averaging 13.7 points, 8.1 assists and 5.6 rebounds per game, shooting 52.8 percent from the field and 42.7 percent from three. Like another highly regarded point guard prospect in the Pac-12, Washington freshman Markelle Fultz, Ball has struggled some at the foul line as he’s shooting just 65 percent from the charity stripe.

While his game may not provide the highlight-reel athleticism that some expect of players with “upside,” Ball has proven to be athletic enough against high-level competition. If there’s a concern it would be the speed of his shot release; as noted in the above statistics from the field and from three Ball is hitting shots at a solid rate. Ball’s release isn’t “textbook,” but the it’s likely that coaches at the next level will look to work with him on how long it takes to get his shot off against pro defenders.

While no decision has officially been made regarding Ball’s draft status for 2017, the assumption is that he’ll be off to the NBA at the conclusion of his freshman season. Ball’s father LaVar said as much in an interview with CBSSports.com earlier this month, stating that the plan is for Lonzo and younger brothers LiAngelo and LaMelo to all be one-and-done players.

LiAngelo will join the UCLA program in 2017, with LaMelo not graduating from high school until 2019. 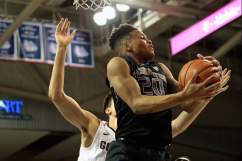