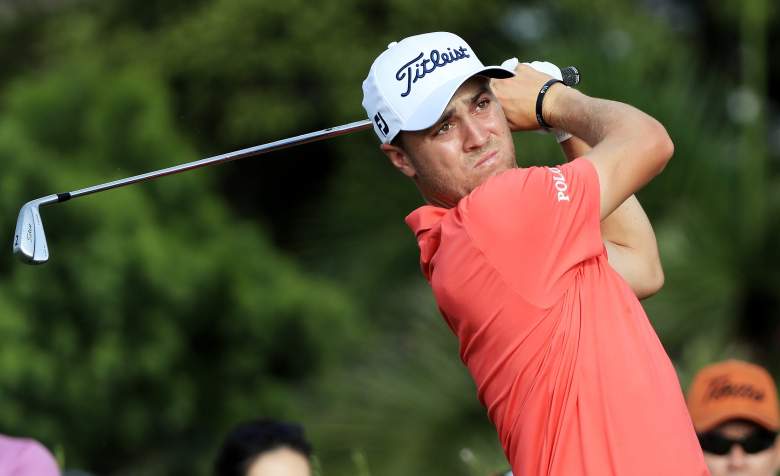 Justin Thomas shot a 59 during the first round of the Sony Open. (Getty)

The Sony Open got off to a blazing start Thursday.

For Justin Thomas, at least.

Thomas shot an 11-under 59 at Waialae Country Club in Honolulu, Hawaii, to become the youngest player to hit that number. It was the seventh time in PGA Tour history a player carded a 59. Jim Furyk accomplished the feat most recently, during the second round of the 2013 BMW Championship.

He closed with an eagle to put his name in the record books. Thomas won last week’s SBS Tournament of Champions at 22-under, his third career PGA Tour title.

Highlights | Justin Thomas joins the 59 club at SonyIn the opening round of the 2017 Sony Open in Hawaii, Justin Thomas eagles the par-5 9th hole to become the youngest player to shoot a 59 and open with a three-shot lead. . SUBSCRIBE to PGA TOUR now: http://pgat.us/vBxcZSh Welcome to the official YouTube channel of the PGA TOUR. Here you can find everything you need to stay up to date with the world’s foremost golf tour.. Check in for highlights from every tournament plus player interviews, player profiles, tournament previews, swing analysis and all the greatest shots and amazing moments. Teryn Schaefer presents the best social media posts from around the world of golf in ‘Trending on TOUR' and after each day's play brings you the biggest talking points in 'The Takeaway'. Check out https://www.pgatour.com for complete coverage along with all the latest news, scoring, and stats! Follow PGA TOUR online: Instagram: https://instagram.com/pgatour/ Facebook: https://www.facebook.com/PGATour Twitter: https://twitter.com/PGATOUR SoundCloud: https://soundcloud.com/pgatour Sign up for exclusive coverage – http://www.pgatourlive.com PGA TOUR Superstore – http://www.pgatoursuperstore.com/2017-01-13T04:21:44.000Z

Read More
Golf, PGA Tour
The PGA Tour is in Hawaii this weekend for the 2017 Sony Open. Keep reading to get all the details on the prize money, including total purse and the winner's share.