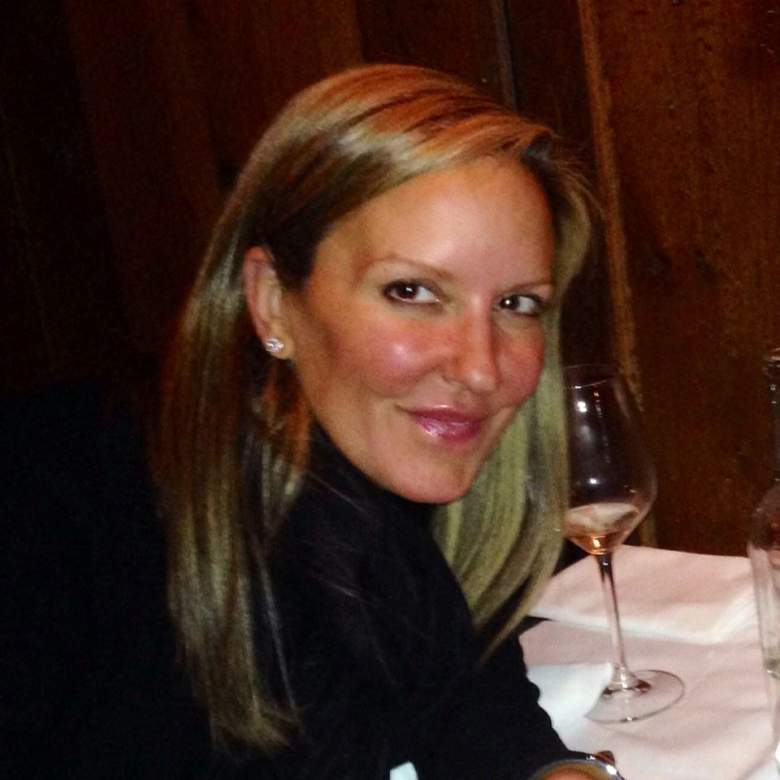 Mike Greenberg, the co-host of ESPN‘s Mike & Mike morning talkshow, is married to Stacy Steponate Greenberg. The two have two children and have been marrieds since 1997.

For 18 years, Greenberg has hosted Mike & Mike in the morning with retired NFL player Mike Golic. That’s about to change though. On January 12, multiple sources told Sports Illustrated that Greennberg is leaving the show for a new ESPN show. The show is expected to be based in New York City and will replace morning broadcasts of SportsCenter, while still retaining some of the SportsCenter elements.

Mike & Mike isn’t expected to end until the end of the year, but there have been rumors that the break-up might come sooner rather than later. Sources told Sports Illustrated that the two are not talking off air and their relationship has become “poisonous.” The show wasn’t expected to end until December 2017, when their current contract is up, but it’s looking like they won’t hold out that long.

Greenberg and his wife, Stacy, have been married since 1997 and live in Westport, Connecticut. They have two children, 16-year-old Nicole and 14-year-old Stephen.

Here’s a look at Stacy’s life and her relationship with Greenberg.

1. Stacy Has Traveled Around the World, Working in Marketing 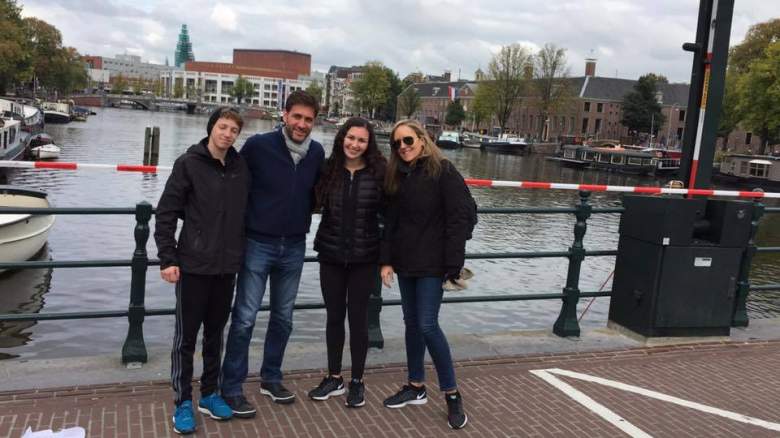 While her husband is into sports, Stacy loves to travel around the world. She’s worked in the travel and marketing industries for over 15 years and runs a blog called Gate1A.com, although she hasn’t posted there since 2012. For 11 years ,she worked at Starwood Hotels and Resorts Worldwide in the Director of Marketing for the St. Regis and Sheraton brands and Senior Director for Starwood Residences roles. She also worked as Manager of Marketing for Hyatt Hotels.

Stacy currently contributes to Pursuitist, writing a column called The Overhead Compartment. In each column, she interviews celebrities. Her most recent interview was with Hamilton actor Christopher Jackson.

2. Stacy & Greenberg Met in Chicago & She Was the Breadwinner in the Family at First 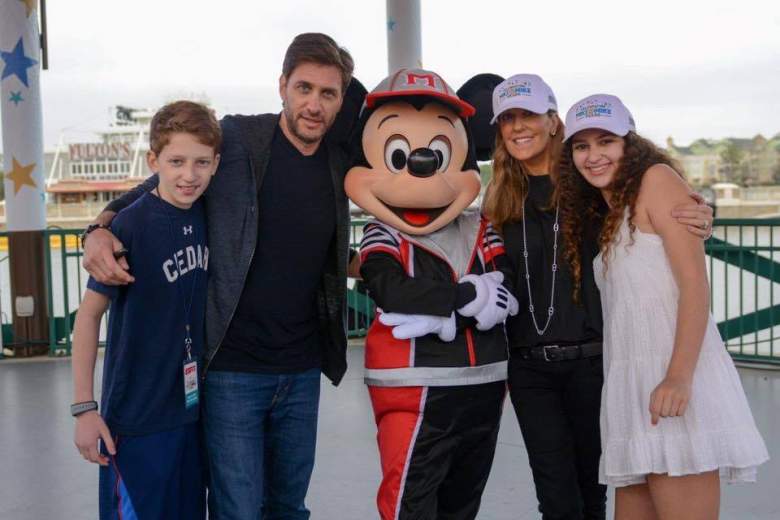 Although Greenberg grew up in New York, he picked Northwestern University’s Medill School of Journalism in Chicago for college. After graduating in 1989, he broke into sports talk radio in Chicago. It was in Chicago that he met Stacy, who was the breadwinner when they first got together. “He was very comfortable with that,” Stacy told Westport Magazine in October 2006 while Greenberg was promoting his book Why My Wife Thinks I’m an Idiot.

“Most wives think their husbands on some level are idiots,” Stacy told Westport Magazine. “I married one of the smartest, funniest, most talented men in the world, but on some level, he’s an idiot.”

In that same interview, Stacy called Greenberg “high maintenance,” adding, “He takes longer in makeup and uses more hair product than I do. There are some guys around here who are sneaky high maintenance, but there’s nothing sneaky about Mike. He’s definitely one who brings the powder puff and mirror with him to the studio.”

As a Chicago native, Stacy makes it clear that she’s a Cubs fan.

3. They Set Up a Foundation for Heidi Armitage, Whose Story Inspired Greenberg to Write ‘All You Could Ask For’ 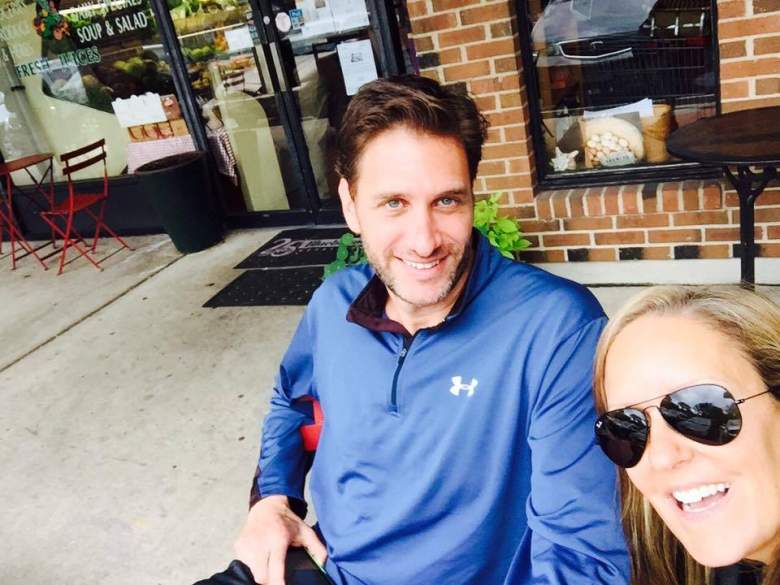 In 2013, Greenberg published his first novel, All You Could Ask For, which was inspired by the death of their family friend Heidi Armitage. The book tells a fictional story about a group of women whose lives are linked by breast cancer.

When the book was published, Greenberg and Stacy set up “Heidi’s Angels” and all proceeds the foundation raised went to The V Foundation for Cancer Research.

Stacy wrote an ESPNW piece about Armitage to tell her story. Armitage died in September 2009 after a battle with breast cancer at age 43.

“It is the least I can do to repay Heidi for all she taught me, in sickness and in health,” Stacy wrote of their foundation. “The journey we took together was among the most meaningful experiences of my life. I only wish you could have known her. You would have loved her, too.”

4. Stacy Was a Member of the ‘Focus Group’ That Helped Greenberg Write ‘All You Could Ask For’ 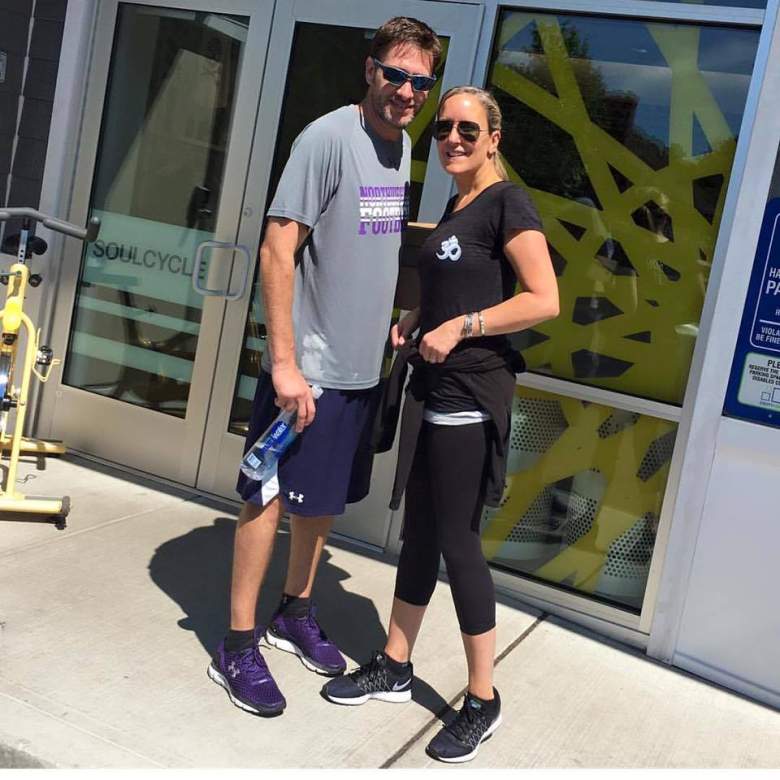 Writing All You Could Ask For was no easy task for Greenberg, as he decided that most of the characters would be women. It was the first time he had to write characters from a female perspective.

Greenberg also told the Wall Street Journal that Stacy wasn’t worried about him being inspired by her life for his characters. He explained:

My whole first book, Why My Wife Thinks I’m an Idiot, was completely about that, my relationship with my wife. There are no secrets left. I told all of those stories in that book. In this one she was so close to the situation because of Heidi; she knew what the book was about. As I was writing it, I was showing it to her, maybe not daily, but super regularly, for her to help me. I actually put together a three-woman focus group to help me get the voice right and the sensibility right. 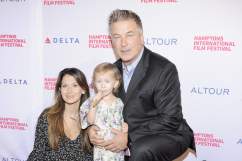 5. Stacy Does Watch ‘Mike & Mike’ When She Can Because Stephen is Obsessed With Sports

Stacy has frequently appeared on Mike & Mike. During a 2013 appearance on the show, she said that she watches it more now that their son Stephen is older. Before, his obsession with the Wiggles made it tough. But now that he’s older and is “obsessed” with sports, they switch back and forth between SportsCenter and Mike & Mike. “Doesn’t everyone do that?” she said.

When asked if she gets up when Greenberg heads to the ESPN studio at 4:15 a.m., Stacy says she doesn’t even hear the alarm. Stacy also said that she doesn’t like it when Greenberg suggests that LeBron James is as good or better than Michael Jordan.

“This Chicago girl does not take that lightly. Michael Jordan is the best and always will be,” she said. She latter added, “I just try to shut that down,” whenever Greenberg puts James ahead of Jordan. “As far as I’m concerned, there is only one greatest of all time.” 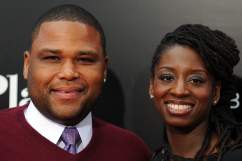