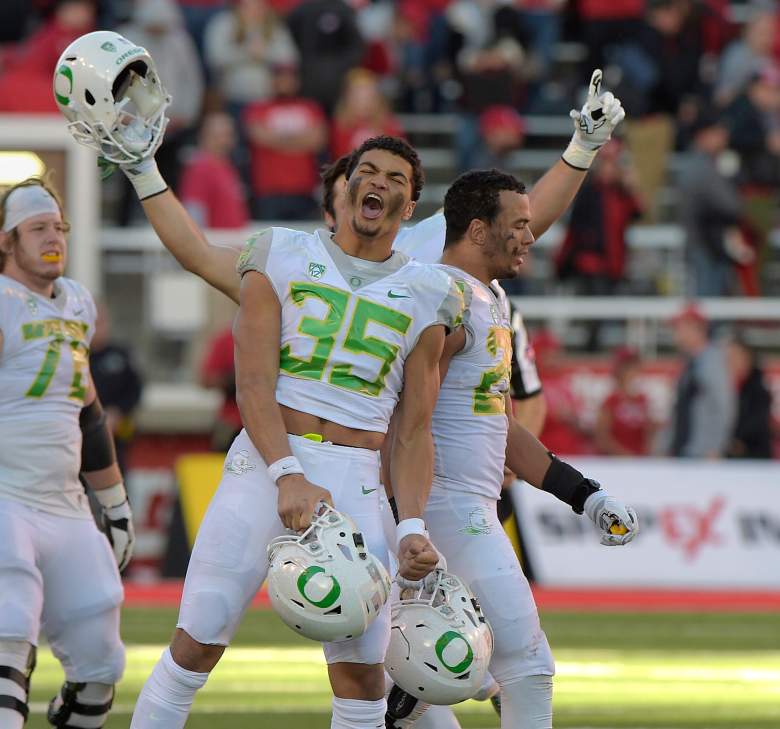 Andrew Grief of The Oregonian has reported that at least three University of Oregon football players have been hospitalized following intense workouts that the team completed.

Offensive lineman Doug Brenner, offensive lineman Sam Poutasi and tight end Cam McCormick are all listed in fair condition and are still at PeaceHealth Sacred Heart Medical Center in Springfield, Oregon. The trio has been there since late last week after they participated in the workouts.

According to Poutasi’s mother Oloka, her son was diagnosed with rhabdomyolysis, a condition in which soft muscle tissue is broken down into the blood stream. Oloka also says that her son complained of very sore arms.

Grief’s sources state that the workouts that players were required to complete were akin to military basic training, including up to an hour of continuous pushups and “up-downs.” Those sources further stated that some players passed out and others reported discolored urine, which is a symptom of the same condition that Poutasi was diagnosed with.

The hospitalization comes on the heels of the Ducks not only hiring a new head coach but also a new strength and conditioning coach, Irele Oderinde. Whether Oderinde prescribed the intensity of the workout and required players to complete it himself is a matter of speculation.

Multiple players being hospitalized with this condition is rare but not unprecedented in college football. Five years ago 13 players at the University of Iowa were hospitalized with rhabdomyolysis. The players recovered well and rejoined the team, although one did file suit against the school and settled out of court for $15,000.

It’s likely concerns over similar potential litigation that have kept athletic department officials mum on the matter thus far, though new head coach Willie Taggart did visit the players in the hospital.

On Wednesday, Taggart took responsibility for the players being hospitalized and suspended Oderinde one month without pay.