UPDATE: All reports were incorrect about Bennett introducing Lady Gaga. CBS Sports and the NY Times previously stated that Bennett was said to be providing a video message before the halftime show.

Tony Bennett has been reported as introducing Lady Gaga in her 2017 Super Bowl Halftime Show performance. The two have previously worked together on music and ventured out on a Cheek to Cheek tour. Recently, Gaga appeared at Tony Bennett’s 90th birthday celebration to perform as well.

CBS Sports is has stated that Bennett is announcing Gaga’s performance via video message. Gaga is reported to be performing solo, with hand-picked backup dancers. Gaga has been rumored to be performing from the roof of the stadium, revealing that her sister came up with an idea to have her suspended in the air.

Fans will have to wait and see if that actually happens.

Check out one of Gaga and Bennett’s adorable performances together in the below video. 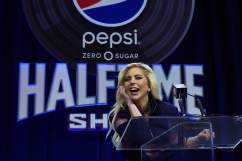