After the WWE World Championship Elimination Chamber Match concludes, Raw will continue to rev up the engine for the ride to WrestleMania.

The 2017 edition of Fastlane is already gearing up to top everything the SD Live brand has put out. In a shocking move, the WWE Universal Championship will be up for grabs as Kevin Owens defends it against Goldberg. Plus, we know now that Neville will do battle with Jack Gallagher for the Cruiserweight Championship and Roman Reigns will take on the formidable challenge of Braun Strowman. We’re pretty sure even more marquee matches between members of the Raw roster will get announced for this March special event.

Let’s detail the when, the where and the how about everything regarding WWE Fastlane 2017. 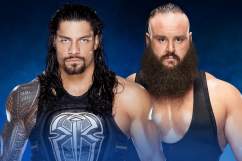 WWE Fastlane 2017 will emanate from the BMO Harris Bradley Center in Milwaukee, Wisconsin.

The Kickoff Show for WWE Fastlane 2017 (which will feature Rich Swann and Akira Tozawa vs. The Brian Kendrick and Noam Dar) will officially begin at 7 P.M. EST/4 P.M. PST. You can watch it on the WWE Network, WWE.com, the official WWE App, YouTube and several other devices/websites.

The main airing of WWE Fastlane 2017 will begin at 8 P.M. EST/5 P.M. PST. This is a WWE Network special event that will also air on PPV. You’ll be able to view it through the same means we listed above for the Kickoff show.

You’ll be able to watch Fastlane 2017 on PPV through the following cable providers: 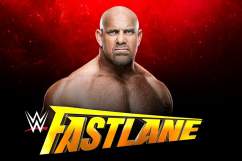 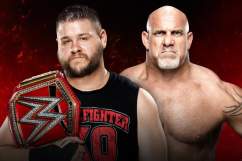 WWE Fastlane 2017: The Results & Highlights You Need to Know

Read More
Charlotte, Pro Wrestling, Roman Reigns, Wrestling, WWE, WWE Raw
The Road to WrestleMania 33 will make another stop with the Raw PPV Fastlane. Here's when, where and what time the 2017 edition will take place.