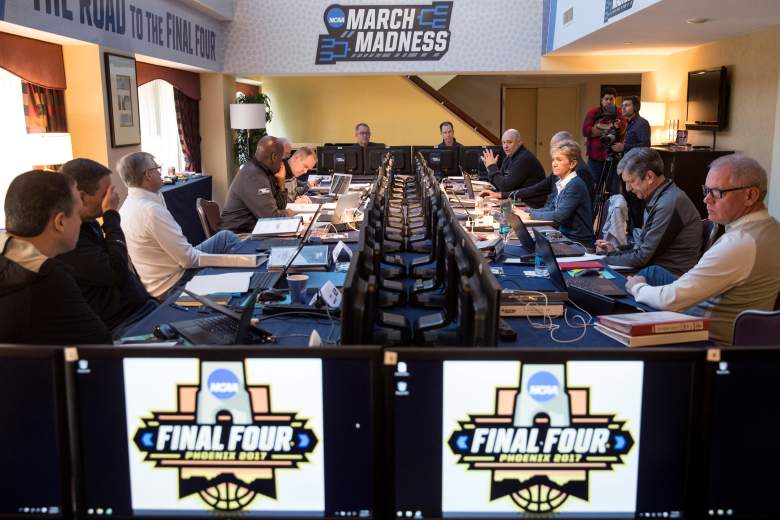 The Selection Committee putting together this year’s bracket. (Getty)

Warren Buffet has upped the ante for March Madness this year. He is offering $1 million for life to the person that can get all the Sweet 16 teams correct. The bad news is the contest is only open to Berkshire Hathaway employees meaning the rest of us will have to look elsewhere to fill out our bracket.

The good news is there are plenty of sites offering bracket contests of all sorts. The first thing to consider is what you are looking for. Do you already have a group of friends that have put a few dollars in a pot for the winner? Look for the site that is the most user friendly since the prize is not as relevant. However, if you are playing solo, the site with the best prize if of interest.

Many of this year’s bracket pools look to be about group effort as many sites award prizes based on how well your group does. Gone are the days when the prize was given to the top person as most sites have their own formula for how they award the prizes.

Heavy has ranked the top five 2017 bracket contests. Remember, nothing is stopping you from filling out a bracket (or multiple brackets) on each site. 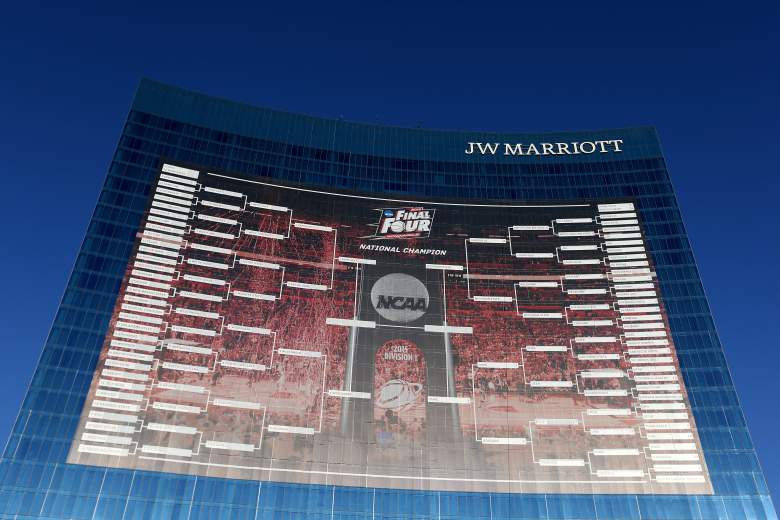 There are several free websites where you can fill out a bracket for a chance to win prizes. (Getty)

Website: theScore App for Apple or Google Play
Prizes: $100,000 for best bracket group (minimum of five people), $25,000 to best individual bracket.
Why Join: Think you hang out with smart people? This is the contest for you. TheScore is taking the traditional bracket contest and adding a twist to it. The contest offers a $100,000 prize to the best bracket group. According to theScore, the minimum number of people required is five. Get your starting five (or more) together to compete for a lot of money. Not really into the team idea? You can still compete on your own for a chance to win $25,000. This contest is a bit different than the others on the list since the contest is on an app instead of on a website with an accompanying app. The prize is given to the group to decide how they wish to divide the money so you may want to limit the size of your group to five or six people unless you are feeling generous.

Website: Yahoo
Prizes: A $25,000 prize is awarded to the best bracket in the best bracket group. Various prizes are awarded for each of the winners who compete in the celebrity groups.
Why Join: The Yahoo contest has been around as long as fans can remember. This year’s prize is a bit complicated. It goes to the person with the best bracket in the best group so not necessarily the best overall bracket. Got all that? There are some unique options like competing against celebrities including Antonio Brown, Richard Sherman and Gabby Douglas. Yahoo is offering prizes for the winner of each group but the prize depends on the group you win.

Website: ESPN
Prizes: Grand prize winner gets a trip for two to the 2017 Maui Invitational that includes airfare and a five-night hotel stay. The winner also gets a $10,000 Amazon gift card.
Why Join: ESPN has one of the best user interfaces of any of the bracket contest sites. If you are like me and enjoy keeping up with your picks while you watch the games, ESPN offers a great experience on their app. The prizes are not comparable to some of their competitors but a trip for two to Hawaii is not a bad deal. Especially when it is combined with an Amazon gift card. Like most sites, ESPN also gives you a quick comparison of both teams when you are making your picks. It includes stats like key wins and how the team has played as of late. Pretty helpful information when you are trying to win a trup to Maui.

Website: NCAA.com
Prize: A trip to the Final Four is up for grabs as well as a $50 gift card to Fanatics.com.
Why Join: This contest does not have much in the way of prizes, even though a trip to the Final Four would be nice. However, this year’s contest offers some fun features including customized groups where you can give bonuses to entries that correctly pick upsets. It can be boring to always go with chalk, this gives competitors an incentive to take some risks. The NCAA is also offering users some cool avatars and other visually appealing features. If you are looking for a way to customize a bracket pool and are not worried about prizes, this is the site for you.

Website: CBS Sports
Prize: Four tickets to the Final Four as well as $6,000 cash to cover the travel costs for four people.
Why Join: For some reason, the interface on the CBS Sports contest always seems a step behind some of its competitors. What it does well is allow you to customize your group scoring along with other options. CBS Sports is a great site to host your private pool where the money is kept on the side. The prizes are a bit tricky as the Final Four tickets are awarded to a random person that finishes in the top 10 percent of brackets. CBS does offer a cool option of playing the tournament round by round. This is especially good for people who are worried their bracket will be done after the first day (i.e. most of us). 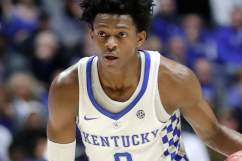