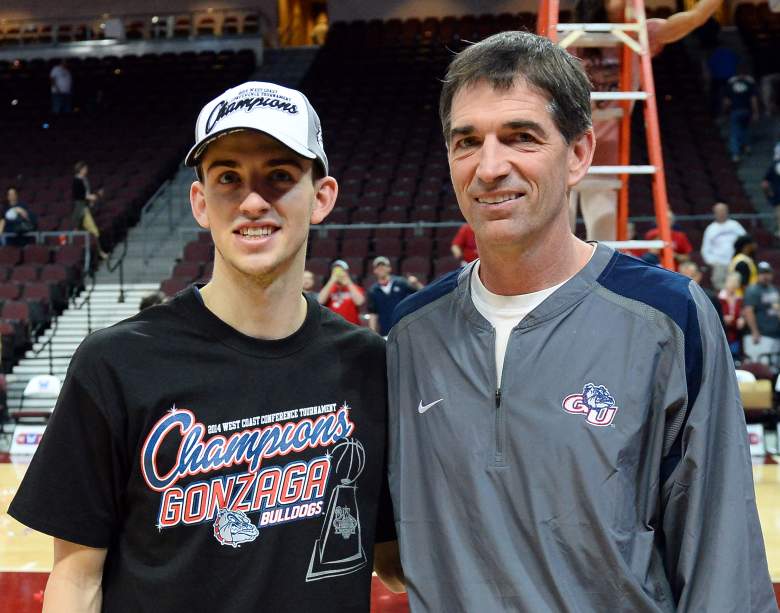 The Gonzaga Bulldogs are in unprecedented territory.

The team advanced to its first-ever NCAA championship game after winning a Final Four game April 1 against South Carolina. They will take on a high-powered North Carolina team that’s no stranger to getting this far in the NCAA tournament.

But just because it’s the mid-major schools’ first trip to the title game doesn’t mean it doesn’t have a storied past.

Here’s a full list of the players that went to Gonzaga and then were drafted to the NBA.

The flashy point guard was the 16th pick in the 1984 NBA Draft to the Utah Jazz. He went on to have one of the most successful careers for a point guard in NBA history.

He still holds the NBA record for career assists and steals and is a 10-time NBA All-Star and two-time Naismith Hall of Fame inductee — once as an individual, once as a member of the 1992 U.S.A. Olympic team.

In four seasons with the Bulldogs, Stockton averaged 12.5 points, 5.2 assists and 2.4 steals. He broke out during his senior year, averaging 20.9 points, 7.2 assists and 3.9 steals per game — all career highs. 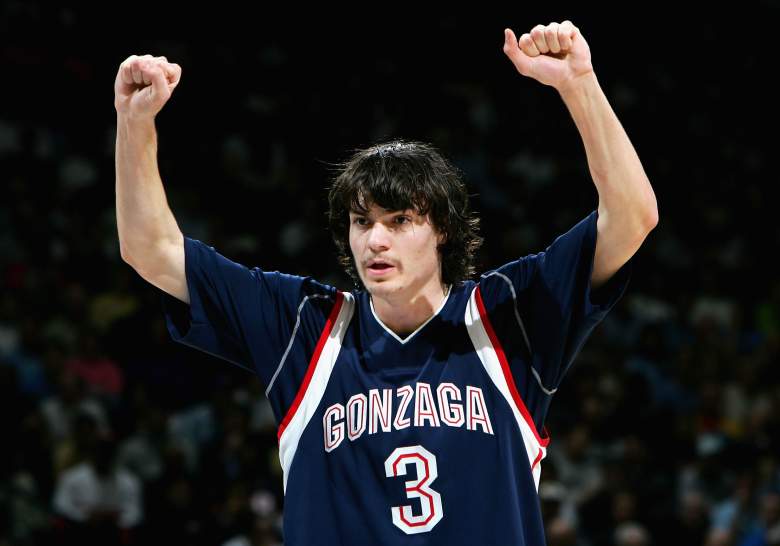 Morrison is arguably one of the best players to suit up for the Bulldogs.

He averaged 28.1 points per game to go along with 5.5 rebounds and 1.7 assists as a senior to lead Gonzaga in the 2005-2006 season. He left the school after three years, registering 19.7 points and 5.1 rebounds per game in his stellar collegiate career.

Morrison moved on to the NBA and was selected in the 2006 NBA Draft with the No. 3 overall pick by the Charlotte Bobcats. But his professional career was lackluster compared to college. He played just three seasons in the NBA — winning two NBA championships with the Los Angeles Lakers — and averaged 7.5 points with 2.1 rebounds. 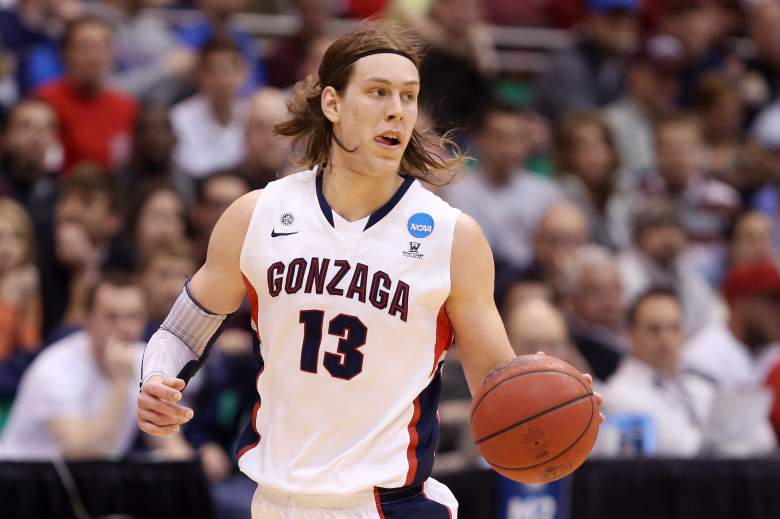 Before being drafted in the 2013 NBA Draft, the 7-food Olynyk suited up in a Gonzaga jersey for three seasons. He played sparingly as a freshman, but steadily saw his time and production increase his final two years.

Olynyk averaged 17.8 points, 7.3 rebounds and 1.1 blocks per game as a junior before declaring for the NBA Draft.

He was selected No. 13 overall by the Dallas Mavericks and then was traded to the Boston Celtics, where he currently plays. Through his four years in the NBA, Olynyk is averaging 9.4 points, 4.7 rebounds. 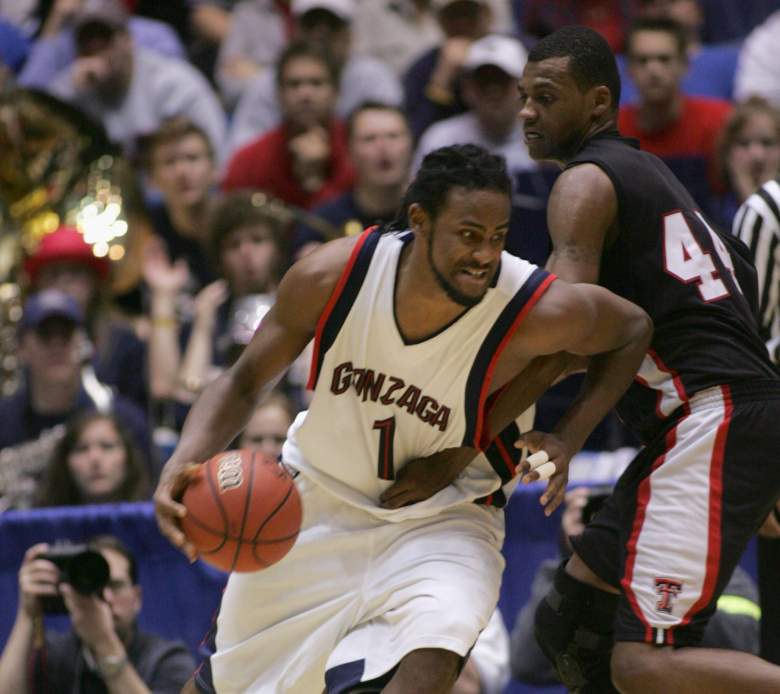 You would have been hard pressed not to hear Turiaf’s name in a game with Morrison. The 6-foot-10 center had a stellar four seasons at Gonzaga, averaging 13.6 points, 6.8 rebounds and 1.4 blocks through his collegiate career.

Turiaf was selected No. 7 overall in the 2005 NBA Draft by the Lakers and had a solid NBA career. He played for the Lakers, Golden State Warriors, New York Knicks, Washington Wizards, Miami Heat, Los Angeles Clippers and finally the Minnesota Timberwolves. He won an NBA championship as a member of the Heat. 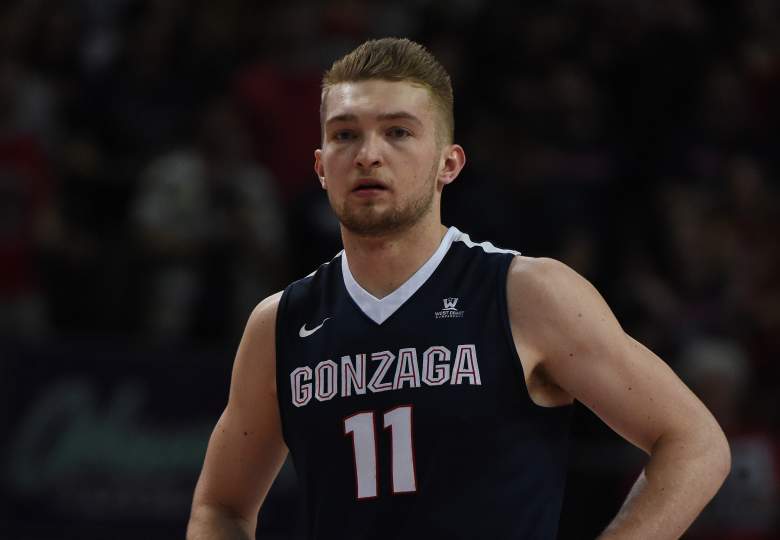 Sabonis played just two seasons for Gonzaga before declaring for the NBA. As a freshman, he averaged 9.7 points and 7.1 rebounds and surpassed those numbers — and then some — his sophomore season.

He was selected No. 11 overall in the 2016 NBA Draft by the Orlando Magic, but was traded to the Oklahoma City Thunder on draft night with Ersan Illyasova and Victor Oladipo for Serge Ibaka.

In his rookie season, Sabonis has averaged 5.8 points and 3.6 rebounds per game. 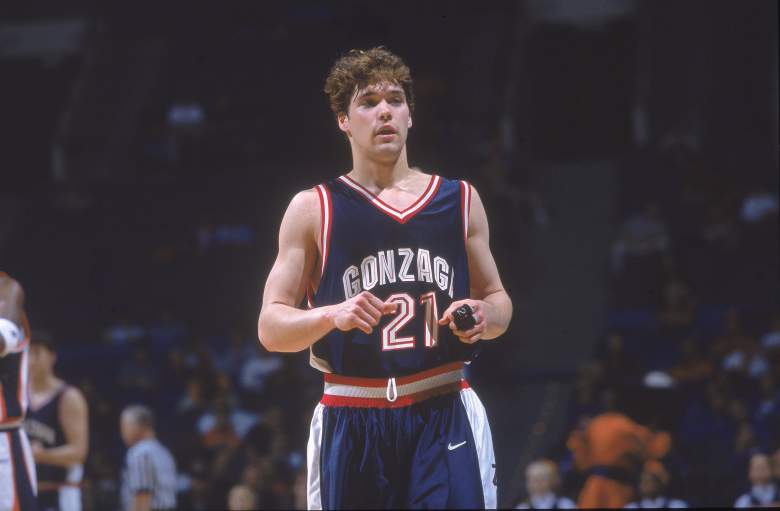 Dan Dickau looked like one of the best guards at Gonzaga since Stockton when he transferred to the school from Washington in 1999. He played his final two years of eligibility for the Bulldogs and went out with a bang.

Dickau averaged 20.1 points in those two seasons with 5.3 assists and a stellar .465 percent 3-point average. He was selected with the No. 28 overall pick in the 2002 NBA Draft by the Sacramento Kings. He was traded on draft night to the Atlanta Hawks and went on to play six seasons professionally.

He suited up for the Hawks, Portland Trail Blazers, Dallas Mavericks, New Orleans Hornets, Celtics and the Clippers in his career. Overall, he averaged 5.8 points and 2.5 assists, with his best statistical year coming during the 2004-2005 season. He averaged 12.5 points that season with 4.9 assists for the Hawks and then Blazers. 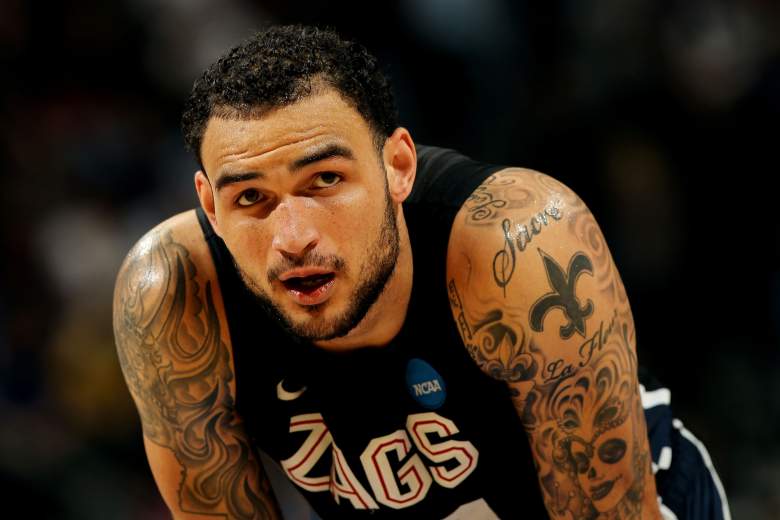 Sacre came on late in his career at Gonzaga. He broke his foot just four games in as a freshman as was granted a medical redshirt. In the seasons that followed, the 7-foot Sacre saw good production. He averaged 11.5 points, 6 rebounds and 1.7 blocks in those seasons for Gonzaga.

He was selected as the 60th overall pick of the 2012 NBA Draft by the Lakers and played four professional seasons before playing overseas. In the NBA, Sacre averaged 4.2 points and 3.1 rebounds. 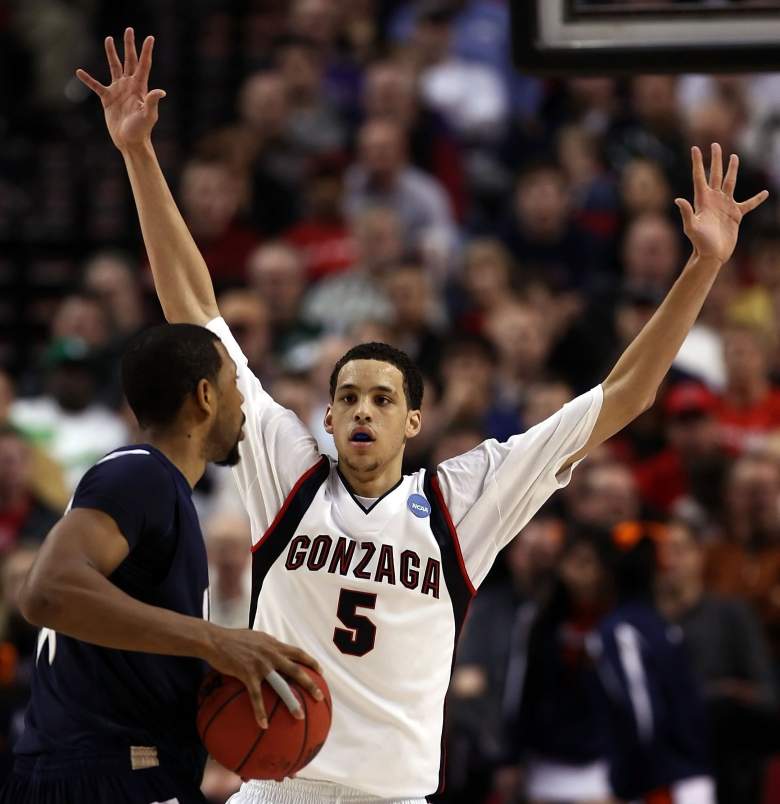 Daye played just two seasons at Gonzaga before declaring for the NBA draft. In those two years, the 6-foot-11 Daye averaged 11.6 points and 5.8 rebounds.

He was selected No. 15 overall in the 2009 NBA Draft by the Detroit Pistons and played six years professionally.

Daye’s best season came in the 2010-2011 season. He averaged 7.5 points and 3.8 rebounds for the Pistons — career highs. Eventually, he was traded from Detroit and also played for the Memphis Grizzlies, Toronto Raptors, San Antonio Spurs and the Hawks. He currently plays basketball overseas in Turkey.

Gonzaga Alumnus That Were Drafted, But Never Played 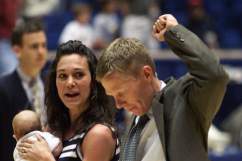