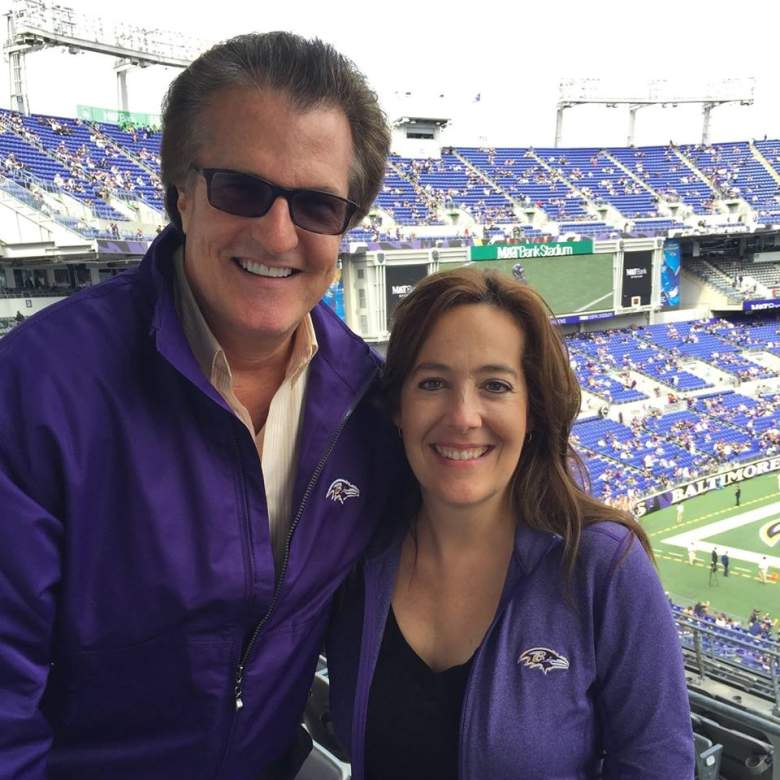 For over 30 years, Mel Kiper Jr. has offered ESPN’s viewers an inside look at what NFL scouts are thinking before the NFL Draft.

Since 1984, Kiper has spent countless hours every day prepping and projecting the draft order for those few days in April when a select class of collegiate football players hear their names called from the podium at the draft.

But he hasn’t been alone for a majority of those years. Mel and his wife, Kim, have lived in the Baltimore, Maryland area since they got married back in the late 1980s.

Their relationship isn’t just an emotional one, as the business Mel has worked so hard to achieve is now a collaboration between the couple.

Here’s what you need to know about Kim and Mel:

1. The Kipers Have Been Married for Almost 30 Years & Have a Daughter 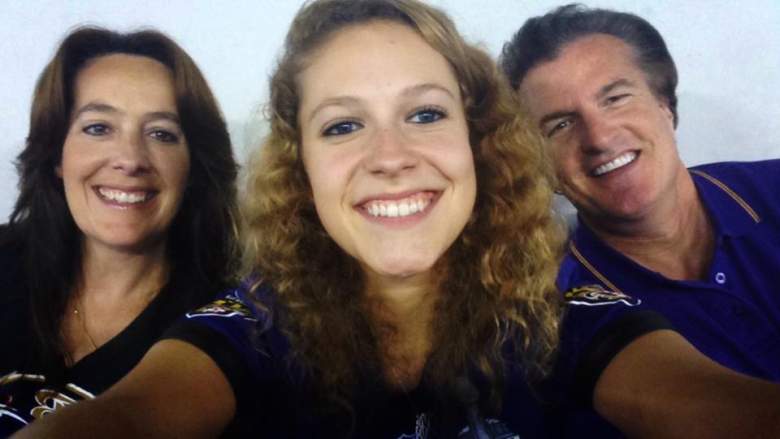 Kim’s father worked as a doctor, and his involvement in the medical field greatly impacted her life. It was reported in a New York Times 2009 article on the Kipers that Kim was working in pharmaceutical sales when she met Mel in Maryland.

Surprisingly, Mel’s infinite hours of everything football didn’t faze Kim, who wasn’t a huge sports fan to begin with.

She said in The New York Times article that when she met him for the firt time, she didn’t know exactly what he did, only that he needed to get his hair cut.

At that time, I really didn’t know what Mel did. All I knew was that he was involved with sports and that he had long hair. I was in pharmaceutical sales, the football world meant nothing to me, and I thought he’d be cute if he got a haircut.

The couple married in 1989 and have one daughter together — Lauren.

According to her LinkedIn profile, Lauren currently works as a marketing intern at Colmont Restaurant Group, LLC. She is majoring in business communications at Stevenson University in Maryland. In her spare time, she is a blogs about fitness and describes her professional “passions” as marketing, sales, advertising, and corporate and graphic design. 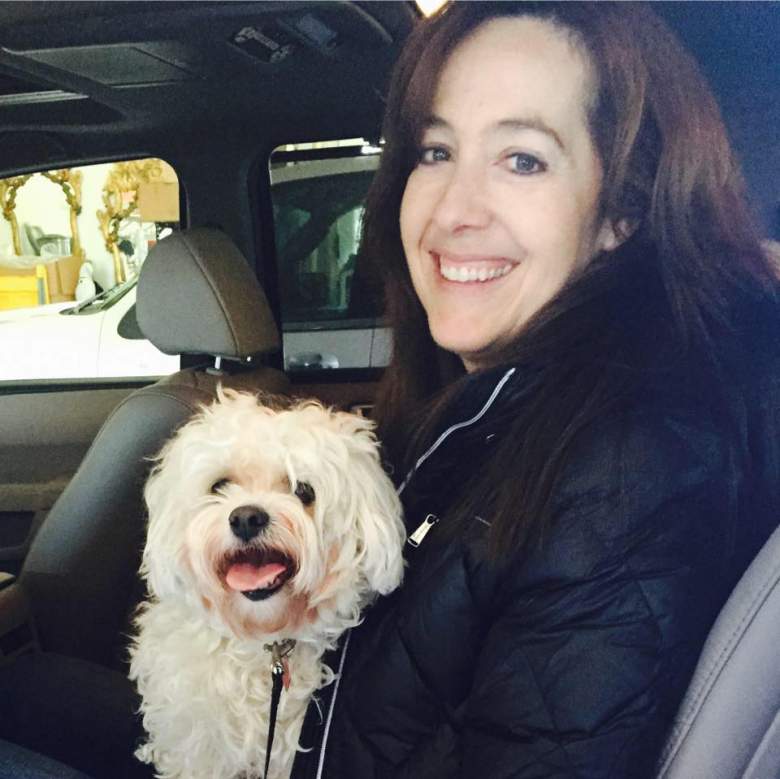 Shortly after the couple got married, Kim left her pharmaceutical job and spearheaded the business side of Mel Kiper Enterprises.

That started in part because Mel’s father, Mel Sr. died in 1988, shortly before the couple started dating. Once he passed away, Mel’s mother, Rheta, took over as his business aide. Kim saw the things her mother-in-law dealt with and offered to take over.

That meant she was tasked with negotiating her husband’s contracts at ESPN as well as helping publish many of his books.

The couple now own a 6,550-square-foot home in northern Baltimore County, about an hour away from Baltimore. The house has a pool and a radio and TV broadcast studio so that he can work from home as much as possible.

A typical for work day for Mel prior to the draft means an early awakening and consistent work almost all day lasting from 7:30 a.m. until 1:30 a.m.

“All four of our phone lines don’t stop ringing,” Kim wrote in an old ESPN Page Two article. “I’m so swamped, trying to fill all the publication orders, that sometimes I’m not even sure what day it is.”

The New York Times article goes into detail about Kim’s responsibilities in Mel’s business, which include “virtually everything except scouting players.”

Often times while her husband is hard at work recording spots for ESPN in the home studio, she’s the one answering the phones and has even been known to take her work with her into her car.

Mel has been very appreciative of the role his wife plays in his life, aside from the romantic part.

“She runs everything, everything,” Mel said when asked by The Times what he’d do without he. “I’d be jumping off a bridge. She could take everything and go to Switzerland.”

3. No Matter How Busy Mel Is With Football, He Always Has Times for His Family

With the couple working together out of their Maryland home, it doesn’t take much for Mel to separate himself from football.

Kim wrote in her ESPN Page Two column that the couple are constantly together, which some would think could end in many arguments. But it’s apparently quite the contrary.

We see each other 24-7, but we manage to get along perfectly. Our personalities mix well — he focuses on the football, and I make the office more efficient. That can be a tough task sometimes, because it involves dragging Mel into the computer age.

The beginning of her ESPN column said that “there’s only one person who can drag (Mel) away from football forecasting.” And it wasn’t her.

Instead, it was Lauren, who was just 6-years-old when the piece was written.

“She gets a very different version of Mel Kiper Jr. than the draft guru seen by national television audiences,” Kim wrote. “It’s funny — everyone thinks that Mel’s obsessed with football, but in his personal life he’s not like that at all. Life revolves around our daughter. When we’re all together, football is not at all part of what we do.” 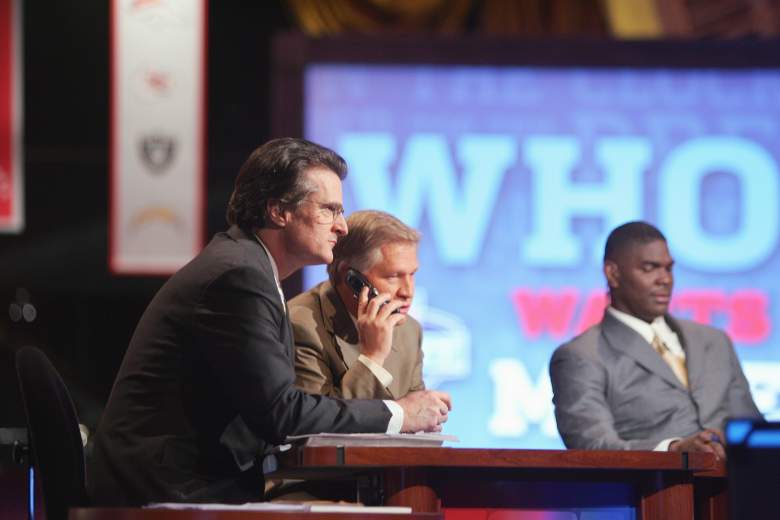 One of Mel’s more notable traits on the TV screen is his slicked-back hair. It’s become quite the staple of his image, and it hasn’t changed much from when they met after Kim encouraged him to cut his lengthy locks.

Kim wrote that aside from the business aspect of things, she plays another crucial role in his personal life: barber. She joked that thankfully, her husband got rid of the long hair he once had when they first met. But nowadays, he “won’t let anyone but (her) cut his hair,” though the way that he styles it certainly isn’t her favorite.

“That doesn’t mean that his gelled, slicked-back look is my choice, I cut it how he wants it,” Kim wrote. “I keep telling him to go find a professional, but I’m guessing I’ll be his barber for life.” 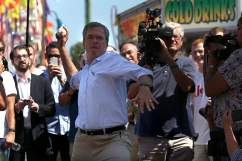 5. Kiper Is Much Different At Home Than He Is On the TV Screen

It’s not clear if Kim or Lauren will attend the 2017 NFL Draft, but they have in the past.

If they’re not there, they are always watching on TV. But they see right through the man that’s on the screen that looks rather intimidating, she said.

“At home, he’s so easy,” Kim said to The Times. “You couldn’t live with his TV personality — that would drive anybody crazy. Every time you see him on there, he looks like he’s going to bite someone’s head off. He says, ‘I’m not talking about candy canes.'”

When Kim isn’t helping out with the business, cutting Mel’s hair or being a mother, she said she enjoys playing tennis and golfing. 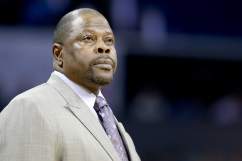