Gordon Hayward was just six minutes into his debut with the Boston Celtics when the unthinkable happened.

In the first game of the season against the Cleveland Cavaliers, Hayward suffered a gruesome-looking injury on a play during the first quarter. He was taken off the court on a stretcher in an air cast and was diagnosed with a fractured left ankle. Watch a video of the injury by clicking here.

The expected recovery time for the injury is between three and four months, so he will likely return later in the season. But it’s a massive blow for the Celtics and Hayward, who was coming off one of his best seasons yet.

During the offseason, Hayward signed a four-year maximum deal with the Celtics, putting an end to his time as a member of the Utah Jazz.

Last season, Hayward led the Jazz to their first playoff appearance since the 2011-2012 season and did it with a solid all-around game. He’s an Indiana native, and was once in a relationship with Kolbi Killingback for five years until they broke up in 2012.

That’s when Hayward first met Robyn Van Vilet, and the two got married not long after that. They have two children together and had since moved to Massachusetts.

Shortly after her husband signed with the Celtics, Robyn responded to Jazz fans who were critical of the deal on social media. She did it in perhaps the nicest way possible.

“As for all the mean comments and threats. Don’t forget athletes are humans too,” she wrote in an Instagram post. “Treat others how you would like to be treated. It would never cross my mind to speak so negatively and so full of hate about oneself or their family.”

I'm excited to go on this adventure with this man! It's bittersweet leaving where we've called home and grown our family, but I'm excited to see where this path takes us! We are so grateful for everything Utah has done for us! ❤️ Also, as for all the mean comments and threats. Don't forget athletes are humans too. Treat others how you would like to be treated. It would never cross my mind to speak so negatively and so full of hate about oneself or their family.

Here’s what you need to know about Robyn Hayward:

1. The Couple Dated for 5 Months Before Getting Engaged

Robyn graduated from high school in 2013 when Gordon was 23-years old and out of college. It’s unclear how the couple met, but they both grew up and went to school in Indiana.

After just five months of dating, Gordon and Robyn got engaged on Christmas Eve. She took to Instagram shortly after Gordon popped the question to announce the news. The couple tied the knot on May 24, 2014 in a ceremony at St. Simon the Apostle Church in Indianapolis, a wedding announcement by the Arch Diocese of Indiana said.

Not long after they made their vows, Gordon and Robyn started a new chapter in their life: Parenthood. 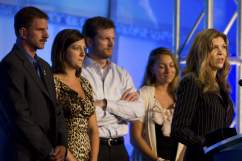 2. The Couple Have 2 Daughters Together

In February 2015, Gordon posted on his blog that he and his wife were having a new addition to the family: A baby girl.

Bernadette Marie Hayward was born on June 6 2015, and Gordon was immediately enthused about it and being a father. He wrote in the post to his website:

I’m really excited about becoming a dad. We’re starting the next chapter of our lives together, and I’m ready for it. We found out that Robyn was pregnant a while ago, but we didn’t tell anybody because we wanted to make sure everything went well in the first trimester. She went for a checkup recently and everything looks good so far. Since Robyn is going to start showing soon, I figured now was as good a time as any to share the news with everyone.

Gordon said in the post that Robyn was “very excited, too,” adding that they made immediate plans to turn a room in their house into a nursery.

According to Gordon, aside from a few days of morning sickness, Robyn’s pregnancy went well. He said she had to be induced before giving birth, which caused her some major discomfort. He said that seeing her in such intense pain was “one of the most difficult things I’ve had to watch in my entire life.”

It’s still kicking in how much our lives have changed. We’re obviously very early in the parenthood experience. Bernie is still so small, but each and every day she feels more like a person. Once she starts crawling around, making noises more, and she’s more active, it will be a little different.

Hayward was supposed to play on Team USA for the 2016 Summer Olympic Games in Rio de Janeiro, but decided against it because of Robyn’s second pregnancy.

On July 11, 2016, the Haywards had their second child, another daughter that they named Charlotte Margaret.

Happy to announce the birth of my second baby girl! Blessed for her to be happy and healthy. Robyn did so well! pic.twitter.com/4ef8f7lsn7

Gordon wrote in a post to his blog about finding a balance between playing professional basketball and being the father of two daughters. He sympathized with Robyn having to stay at home every day with the two girls.

Balancing everything is something that has been extremely difficult for us. It’s not only balancing time for both Bernadette and Charlotte to get the attention they each need and deserve. It’s also allowing Robyn to still be who she is, and not just being the mom. All moms probably know: If you just have to sit at home all day, every day, it can drive you insane.

Gordon said that if the couple ever has a boy, they will name him Gordon Jr. 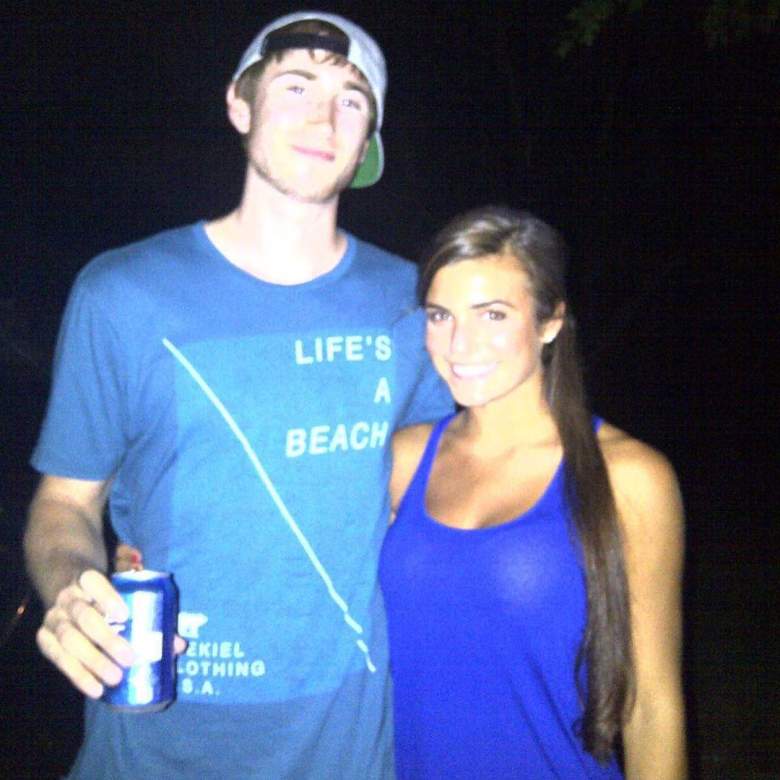 Robyn was a star on the volleyball court while she attended Indianapolis Bishop Chatered High School. The school is a Catholic co-educational prep school located in Indianapolis.

Their volleyball team plays in Indiana’s Class 3A and won the state championship in the 2012 season when Robyn was a senior. They won the title in large part because of Robyn’s superior play on the court. She was listed as standing 5-foot-5 at the time, and she was a defensive specialist. She led her team with 320 kills to go along with 338 digs (second on the team) during her senior season. Her ability on the court led to her being ranked the No. 4 volleyball player in Indiana by Max Preps her senior season.

However, she never pursued collegiate volleyball.

4. She Volunteered a Lot in High School & Her Parents Work With a Guatemalan School 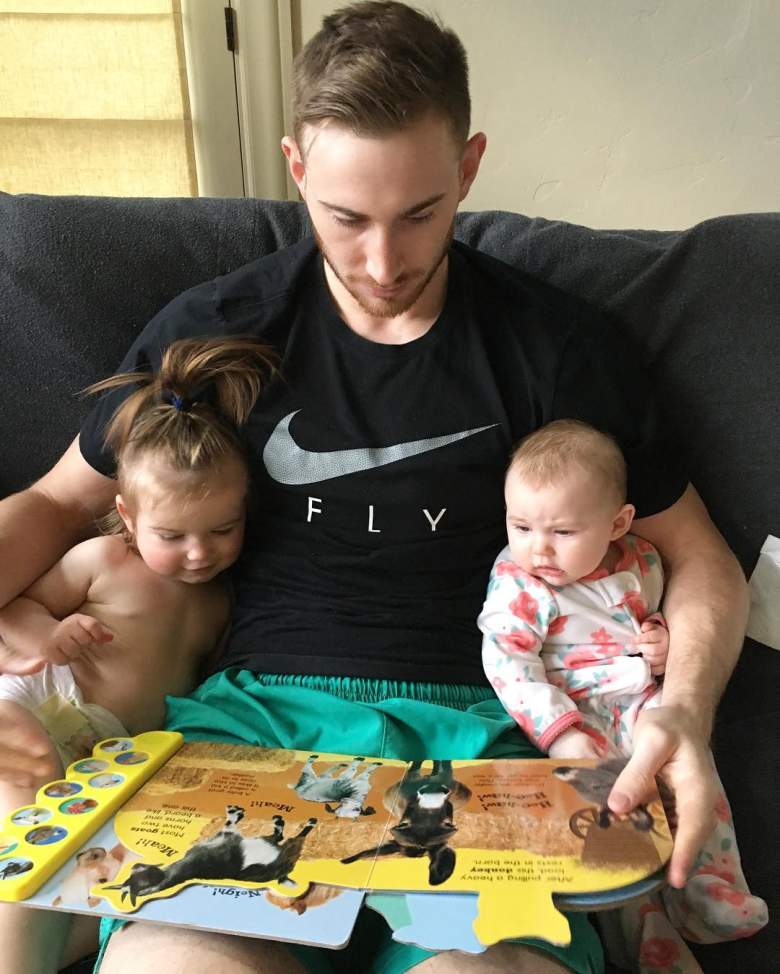 As shown in a 2010 edition of Catholic Schools Week Supplement, Robyn volunteered a lot of her time when she was a freshman. She and a group of other Catholics spent many hours at the food pantry handing out perishable food to the needy on numerous occasions.

But philanthropy and giving back runs within her family. They work with a school in Magdalena, Guatemala, which teaches carpentry, art, baking and many other subjects. Students at the school aren’t only children, either. They consist of both children and adults.

The family has such close ties with the country that Robyn’s parents adopted a daughter from there named Maggie.

Robyn’s Facebook page said that shortly after graduating from high school in 2013, she attended at least one year of cosmetology school. It’s unclear if or when she completed the education.

On her Pinterest page, Robyn has numerous posts about maintaining a fit lifestyle and staying stylish and trendy.

Read More
NBA Playoffs, Utah Jazz
Gordon Hayward of the Boston Celtics is married to Robyn Van Vilet Hayward. The couple have two children and live together in Utah.