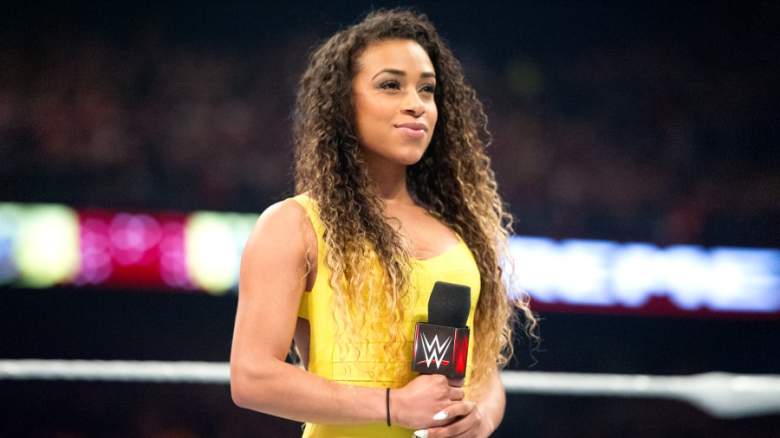 JoJo Offerman is a 23-year-old WWE commentator who is accused of having a secret relationship with Bray Wyatt. The Daily Mail reported this week that Bray Wyatt’s wife recently filed for divorce, and she claims that Wyatt had an affair with his co-worker JoJo Offerman. The lawyer of Samantha Rotunda, Bray Wyatt’s wife, claims that he has evidence that Bray and JoJo are in continuous contact, but Bray Wyatt himself says that his wife is defaming him.

JoJo Offerman has worked with the WWE since 2013, and she was also featured in the first season of the E! reality series Total Divas. So outside of these rumors about a relationship with Bray Wyatt, what else do we know about the personal life of JoJo Offerman? What kind of family does she have? Here’s what you need to know. 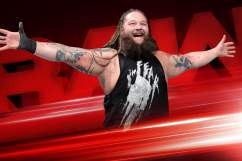 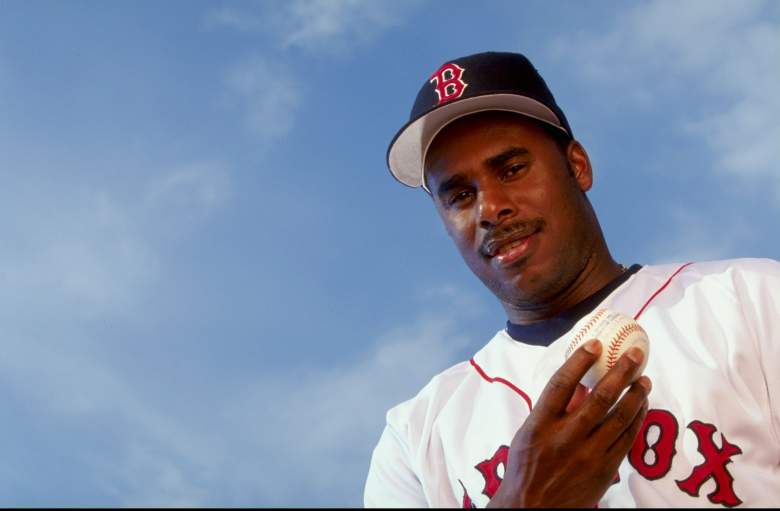 Jose Offerman of the Boston Red Sox poses for the camera on Photo Day during Spring Training at the City of Palms Park in Fort Myers, Florida. (Getty)

JoJo Offerman is not the first member of her family to pursue a career in sports. After all, her father is a retired baseball player.

In 2008,  José became a player-manager for the Dominican Winter League’s Licey Tigers.

It’s unclear what kind of relationship JoJo has with her dad, but she has said on numerous occasions that her brother and her mother are like father figures to her.  On every Father’s Day for the past few years, JoJo has posted a dedication to her mother and brother, but not to her dad.

Happy Fathers Day to all you dads out there. Especially my brother David, who is the best father I know ❤️

Happy Father's Day to the best dad I know, my brother David. You have always been there for me and… https://t.co/ogrKGApFbk

#HAPPYFATHERSDAY to my big brother David! He truly is the best dad anyone could possibly ask for. And… http://t.co/x0hicqOSPq

Happy Fathers Day to my mom, who has been both my father and mother all my life. I love you mom. ❤ @Lexrivera2

2. Her Mother is Alexi Offerman

Had a wonderful week with my babies, now it's time for the road… Brunch and mimosas to end a unforgettable 2 weeks! I love, love, my children but most importantly I love GOD and thank him for all his blessings upon them and myself… I miss you ? @jaelyyynnnn and @antstagram_ ??❤️??❤️??❤️

On JoJo’s birthday this past year, Alexi wrote on Instagram, “Everyone that knows US know the special bond We have, No one will ever understand me the way you do, and even though ALL my children love me You have a special way of showing and making sure I know how much you love me… I thank you for always being a wonderful caring, daughter! I love you much more than I can express to you and I am very, very proud of you…Certainly God has blessed me?? And as we always say ❤️2❤️”

In another Instagram post, Alexi called JoJo “this silly girl” and said that she is “always singing in the house, she brings joy to boredom.”

JoJo on her Instagram says that her mom is “the most important woman in my life.” She also wrote, “Having you as my mom is my greatest blessing. Have an incredible day because you deserve it more than anything. Can’t wait to see you! I love you!!”

According to Alexi’s Instagram account, she attended WrestleMania 33 this past April, posting a video of the event and writing, “This is crazy exciting!”

In a 2013 interview, Alexi Offerman talked about how excited her daughter was to join the WWE, saying that JoJo wanted to one day win a championship title.

“From the very first day of training, she came home and said to me, “Oh my God mom, I found home away from home, I love the feeling of wrestling and its challenges!” Alexi Offerman said. “…Yes she has expressed to us how much she loves the Ring and how she would love to someday/some year earn the Championship Belt!!” 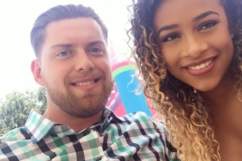 3. She Has an Older Sister, Valerie

HAAPPYYYY BIRTHDAY to my beautiful big sister Valerie! Wish I could be celebrating with you right now, but don't worry, we'll make up for it! ? I love you so much! Hope you're having an amazing day. You deserve that plus so much more ❤️❤️ @valgal444

Valerie is athletic like her sister JoJo,  and she trains at Bodytek Fitness in South Florida, according to her Instagram page. She also recently participated in the Wings For Life World Run and ran 11 miles.

On Valerie’s birthday in October 2016, JoJo said on Instagram, “HAAPPYYYY BIRTHDAY to my beautiful big sister Valerie! Wish I could be celebrating with you right now, but don’t worry, we’ll make up for it! ? I love you so much! Hope you’re having an amazing day. You deserve that plus so much more ❤️❤️ ”

Valerie occasionally attends WWE events; she was at WrestleMania this past year, and in September 2015, she posted a photo of herself at a SmackDown taping. 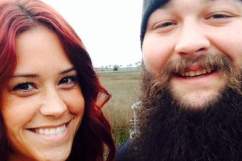 4. She Has a Younger Sister, Jaelynn

Happy birthday to the best little sister any person could ever ask for. You're such an incredible young lady and you continue to grow and make me proud each day. I'm beyond blessed to have you and all of your wittiness in my life. Hope you've had the best day Jaelynn! I love you!! ❤️ ps WEEE PURRTTYY ? @jaelyyynnnn

JoJo also has a younger sister: Jaelynn Offerman, who is 19 years old.

“Happy birthday to the best little sister any person could ever ask for,” JoJo wrote on Instagram in July 2016. “You’re such an incredible young lady and you continue to grow and make me proud each day. I’m beyond blessed to have you and all of your wittiness in my life.”

JoJo also says that when she was younger, she would pray for a little sister.

“I remember praying so hard for a little sister and I am so lucky that Im blessed with such an amazing one,” JoJo posted in 2013. “Jaelynn, you continue to grow and amaze me each day. You’re such a strong and incredible girl! You inspire me in more ways than you know.”

5. She Has Two Brothers, David & Anthony

Happy Fathers Day to the best dad I know, my brother David. Thank you for being my father figure. I love you! ???❤ pic.twitter.com/2BSZtyh4Np

On her social media accounts, JoJo has repeatedly said that David, who is married and has three kids, is the best father she knows. She has also said that he has been a father figure for her personally.

“You have always been there for me and have always been my father figure,” JoJo wrote on Instagram. “Now you have 3 little ones of your own. And I know for a fact that you are the worlds greatest dad. I love you!”

She also said in a separate Instagram post, “He truly is the best dad anyone could possibly ask for. And he’s been the best father to me.”

In addition, JoJo has an older brother, Anthony, who she says has helped her through a lot. JoJo wrote in an Instagram post about Anthony, “Thank you so much for always helping me and being there for me through everything and for being such an incredible person in my life. I couldn’t have asked for a better brother, and I don’t know where I’d be without you.”

She also wrote in a separate post on Anthony’s birthday, “I’m so blessed to have an incredible brother that I can turn to and talk to about anything! Words can not express how grateful I am to have you in my life. Thank you for everything that you do for me. You have helped me grow into the woman I am today. I have no idea where I’d be without you.”

Happy Birthday to my older brother Anthony! I'm so blessed to have an incredible brother that I can turn to and talk to about anything! Words can not express how grateful I am to have you in my life. Thank you for everything that you do for me. You have helped me grow into the woman I am today. I have no idea where I'd be without you. I love you so much @antstagram_ hope you have a very happy birthday! ???❤️ 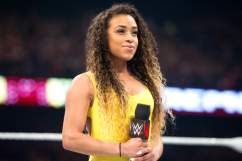