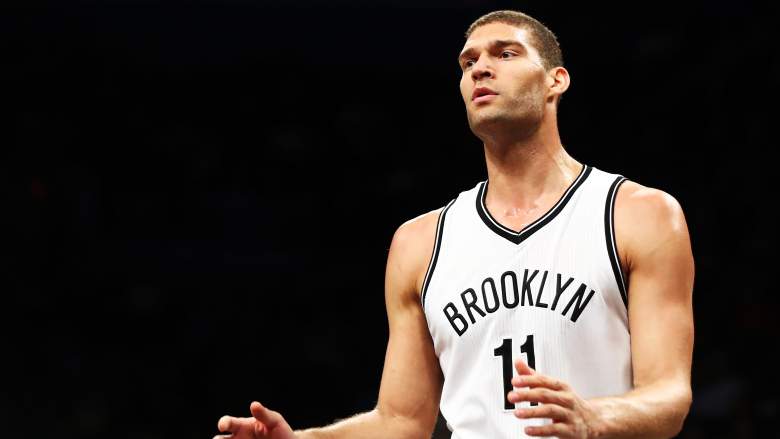 The seemingly endless run of NBA rumors over the last couple of days appeared to evolve into a real deal on Tuesday night, as the Los Angeles Lakers have reportedly struck a deal with the Brooklyn Nets, shipping out D’Angelo Russell and Timofey Mozgov’s brutal contract in exchange for Brook Lopez and a late first-round pick.

Here’s an updated look at Los Angeles’ roster after the trade:

You can go ahead and pencil in Lonzo Ball at point guard, as well. The general thought was always that Russell was going to play more 2 in order to make room for Ball, a more pass-first point guard, so Russell’s departure all but guarantees the UCLA product is staying in LA.

In addition to Ball, the Lake Show are positioned to add two more first-round picks (Nos. 27 and 28) to the roster on Thursday night.

Of course, if recent rumors are to be believed, the roster shakeup is likely going to go well beyond just the draft. Clearing Mozgov’s contract was vitally important for the Lake Show to make a run at Paul George, who hits free agency next summer. Whether LA trades for him in the near future or waits until free agency, they needed that cap space to be able to sign him long term.

As ESPN’s Marc Stein noted, this may have helped speed up the process:

Can the Lakers now land Paul George by offering Thursday's No. 27 and 28 picks and either Julius Randle or Jordan Clarkson? They're trying.

There’s also some guy named LeBron James who has been rumored as a Lakers fit when he can hit free agency in 2018. This is certainly a step towards making that happen, especially with Lopez hitting the market next July, as well.

For the Lakers, this is longer-term play to clear space for Paul George and LeBron James pursuit. Lonzo Ball on way at No.2 https://t.co/KxfdEuAUO0

An interesting and somewhat minor subplot in all of this is what it means for Ivica Zubac’s development. The 20-year-old showed serious promise as a rookie last year, and it was going to be interesting to see if he could crack the starting lineup. That obviously doesn’t happen with Lopez now in town, but it’ll still be important for Luke Walton to get “Zupac” plenty of minutes. His presence likely means Lopez isn’t a long-term piece, but that’s a question for later.

Ultimately, with a wildly talented young quintet of Ball (19), Jordan Clarkson (25), Brandon Ingram (19), Julius Randle (22) and Zubac (20), with the addition of Lopez, who was quietly one of the best stretch fives in the NBA last year, and with the growing cap space to go after PG13 and LeBron, it’s clear that Magic Johnson has this team positioned for a return to contention in the West. 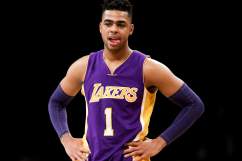 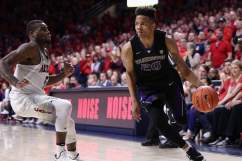 76ers Roster: What Philly Will Look Like With Markelle Fultz