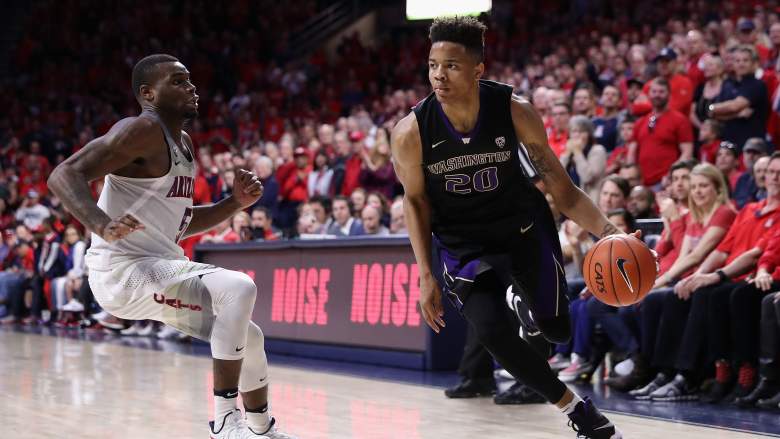 Remember last year when the Philadelphia 76ers were rolling out T.J. McConnell and Gerald Henderson in what was perhaps the least athletic backcourt since the start of the 1900’s?

Good news for those who are still having nightmares about that: Not only is power forward/point guard/resident Australian Ben Simmons ready to make his NBA debut, but it would appear that projected No. 1 pick Markelle Fultz is on his way to Philly.

Now, it’s important to take any trade rumors this time of year with a pumpkin-sized grain of salt, but these rumors appear to have real legs. We have Woj Bombs to prove it:

Sources: The plan's for Markelle Fultz's visit to Philadelphia today to clear way toward finalizing a deal with Boston for No. 1 pick.

Discussions have centered on Sixers sending 2017 No. 3, 2018 Lakers pick, and possibly 2021 1st — including complicated protections. https://t.co/LwswzXyCzf

And David Aldridge all but confirmed it:

Trade between Philly and Boston will be finalized on Monday, per source. Sides have agreed. Sixers will get first pick and take Fultz.

If Philly does move up to No. 1 to take the Washington product, here’s what the Sixers updated 2017-18 roster would look like:

So, the idea of position-less basketball is going to be highly prevalent in Philadelphia. While the Sixers have said they want Simmons to run the point, he can pretty much play anywhere on the court. And while Fultz is listed at shooting guard above, he can obviously run offense whenever needed.

Don’t get too caught up about where each player is slotted in the depth chart. Instead, just concentrate on the likely starting five.

The Sixers are going to surround Simmons, a player with elite vision and passing ability, with shooters and scorers. Lord Covington can obviously stretch the floor. Saric averaged 17.3 points per game post-All Star break as a rookie last year and looks like a budding star. Embiid was one of the most efficient per-minute scorers in the NBA when healthy. And now you add Fultz, who has size and athleticism, who can get to the hoop at will, who is a creative finisher around the rim and who shot 41.3 percent from beyond the arc last year despite having little help around him.

Offensively, that’s a dangerous starting five. Plus, Richaun Holmes was tremendous down the stretch last year, McConnell and Henderson are easier to digest in smaller roles off the bench, and Luwawu has loads of potential. Stauskas and Anderson are still young, and Long proved he can contribute.

Defensively, there’s a ton of length and versatility. This is a team that was near the middle of the NBA in defensive rating last year (106.4), and they were downright elite when Embiid was on the floor (99.1). While Simmons is still a question mark on that end, Fultz averaged 1.6 steals and 1.2 blocks per game and has the athleticism to be a playmaker.

Ultimately, if the Sixers do trade up to get Fultz, they probably still aren’t done making moves. Jahlil Okafor is a name that’s been rumored to be on the block for months, and there does appear to be a bit of a log-jam at the guard position.

No matter what they do, though, the Sixers–if they can stay healthy–look like a legitimate playoff contender in the East. And with such a young core, that’s a statement that could be true for at least the next five years. 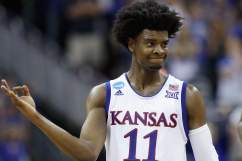 Celtics Roster: What Boston Would Look Like With Josh Jackson