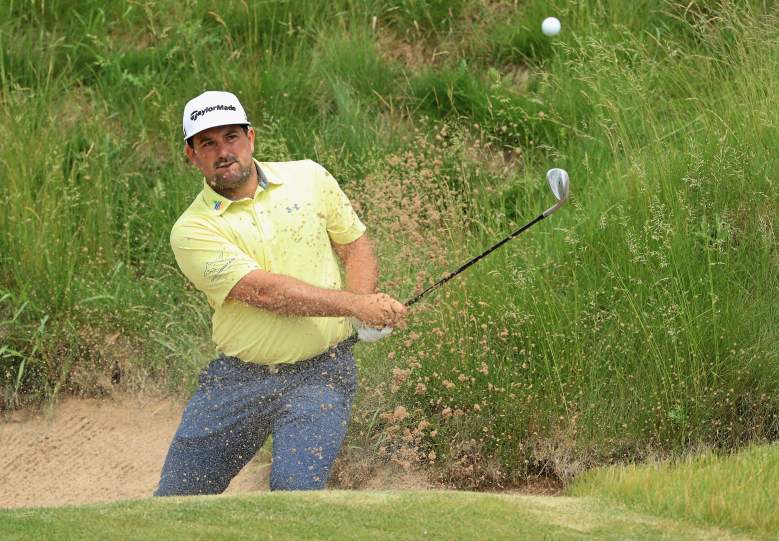 In early June Phil Mickelson announced that he would be passing on this year’s U.S. Open, which is set for this weekend in Erin, Wisconsin. Mickelson’s daughter Amanda is scheduled to graduate from the Pacific Ridge School on the first day of the tournament and favorable tee times or not, Lefty is skipping this weekend’s tournament at Erin Hills.

Or at least he’s probably skipping the tournament. As of Wednesday evening, Mickelson has yet to formally withdraw from the tournament. He told Golf Digest that he’s keeping tabs on the forecast, but unless something changes he’ll “withdraw first thing in the morning [ California time.]”

While this leaves the door open for some good news for golf fans and Mickelson heads, it leaves one golfer bidding his time in limbo, waiting to hear if he is going to make the cut or not. Roberto Diaz could be in a holding patten right up until the moment the tournament starts at 6:45 Thursday morning or just before Mickelson’s scheduled 2:20 p.m. C.T. tee time as he waits for Mickelson’s final decision or hears another golfer got sick and had to bow out. Such is the life led by the first alternate of a professional golf tournament.

Here’s what you need to know about Roberto Diaz. 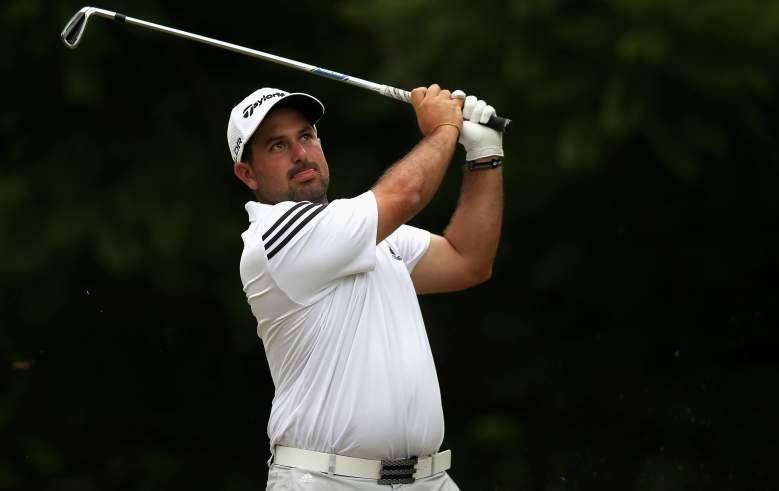 Diaz is still a relative newcomer to the sport, but he’s had a respectable 2017 up to this point. In 11 events he’s made the cut seven times. Unfortunately in those 11 events, Diaz has failed to win any of them.

However, he has finished in the top 10 twice. Diaz had his best finish at the Club Columbia Championships by Servientrega in February, finishing in second place behind Ethan Tracy after losing to him in a playoff. Two months later he tied Scott Langely for third place at the United Leasing & Finance Championship in Indiana.

In addition to his two top 10 finishes, Diaz has also played his way into five finishes in a tournament’s top 25. He was one of four golfers to tie for 13th place at The Bahamas Great Exuma Classic at Sandals Emerald Bay in January with a score of 295. 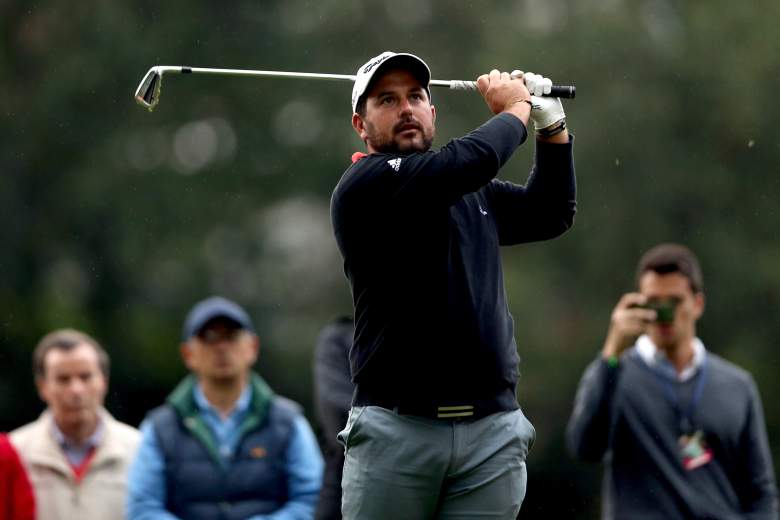 Roberto Diaz at the Colombia Championship in 2015 (Getty)

Despite his modest success on the course, Diaz has still managed to do fairly well for himself when it comes to earnings. Headed into the U.S. Open, Diaz has already pocketed $140,763. That puts him at 11 on the 2017 money list.

For career earnings, Diaz has earned over $370,000 since turning pro in 2009. He is sponsored by Warehouse Services, Inc, Under Armour, Taylor Made, Titleist, Barefoot Resort & Golf, Vittorio Benzi and the Greg Norman Champions Golf Academy.

3. Diaz Played His First Tournament in His Native Mexico Earlier This Year

#tbt @wgcmexico #2017 such an #amazing #opportunity to #represent my #homecountry #Mexico on my #homeland #wgcmexico #golfislife #throwback Follow me this week as I play in the @webdotcomtour El Bosque Mexico Championship!

One of the highlight’s of Diaz’s young career came in February of 2017. Diaz was playing for a spot in the World Golf Championships – Mexico Championship and after losing the first place spot at the Club Columbia Championship, a chance to play back home in Mexico was in jeopardy. Abraham Ancer, a friend and fellow native of Mexico, was looking to snag that last spot, a spot that was available to them as the top ranked Mexican golfers in the world.

It was close, but Diaz ended up finishing better than his friend, something he had mixed feelings about.

“I told Abe that if he made a run on the front nine, I was going to wait for him with champagne and everything,” said Diaz. “It was a very good relief that I made it, but also I felt bad for Abe because he’s one of my best friends.”

“I had a lot of fun,” he said. “I learned a lot and it’s something you’re looking to repeat. I want to play against the best in the world.”

Diaz returned to Mexico in late April, where he played in the El Bosque Mexico Championship by Innova.

4. Diaz Graduated From the University of South Carolina-Aiken in 2009 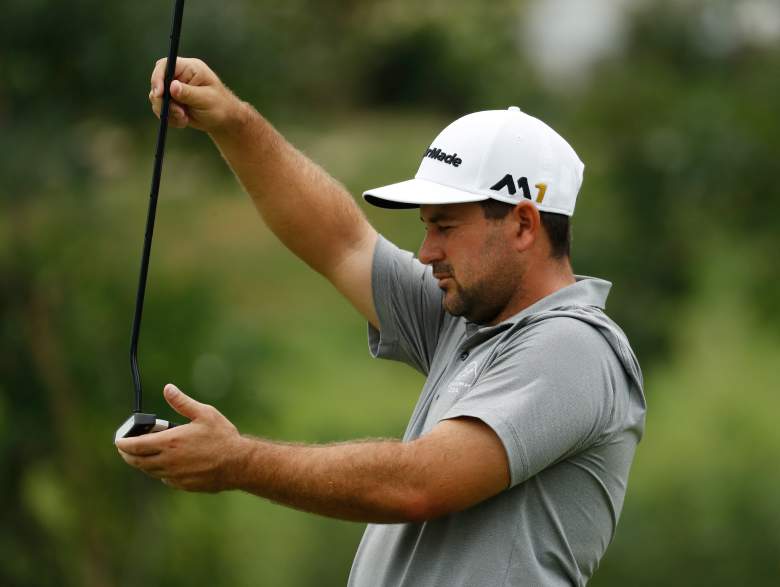 Diaz was born in 1987 in Veracruz, Mexico. He got into golf playing along side his uncle and cousins. His father had a membership to a club, but didn’t play, allowing Diaz to use the membership instead.

In the mid-2000’s Diaz moved to the United States to attend the International Junior Golf Academy in Bluffton, South Carolina, just over the bridge from Hilton Head Island. His play caught the attention of colleges and he was given a scholarship to play golf at the University of South Carolina-Aiken. Diaz graduated with a degree in Business Administration in 2009

“That was the main goal, to finish university. I never thought about turning pro,” Diaz said. “I started playing better and better and better, and the opportunity was there to turn pro and I did.”

5. Being an Alternate for a Tournament Requires a lot of Patience and a lot of Waiting

Take every opportunity that comes your way and never give up. Enjoying my time in Erin Hills! ⛳️#usopen#tourplayer#gruporsports#taylormadegolf#warehouseservicesinc#sponsor#partner#determination#golf#gncga#attacklife#sports#caddy#lovethisgame#opportunity#erinhills#courage#nevergiveup

This the first time Diaz has been an alternate for a tournament and it’s a role that he’s uniquely well-suited for.

“I’ll get up around 4:30, have breakfast, stretch out, get ready to go to the first tee,” Diaz said. “Then, there’s a time in between waves where I can go back in and rest, and then wait again.”

According to the instructions he’s been given by the USGA, Diaz is to be ready to play when the first group comes up to tee off, which is at 6:45 a.m. on Thursday. If Mickelson doesn’t make it, or one of the other 154 golfers in the field can’t play for some reason, whether it’s injury, illness or something else, Diaz gets the call. 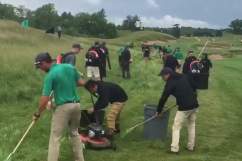 Despite what he’s heard and read, Diaz says he still thinks Mickelson is coming. “I have to have my mindset as if he’s playing,” Diaz told the New York Post. “I’m not counting on him not being in the field. I’m counting on him to be here.”

Whether he plays or not, Diaz is thrilled to be in Wisconsin for the tournament, telling the Post that he’s “super-excited. This is my first major. It’s like walking into Disney when I was 12 years old.”