With the completion of the 2017 Dell Technologies Championship, the players for both the U.S. and International team’s players have been set for the 2017 Presidents Cup. The 2017 Presidents Cup will be played at Liberty National Golf Club in Jersey City, New Jersey, from September 28 to October 1.

The International Team is made up of the top 10 international players (excluding those eligible for the European Ryder Cup Team) from the Official World Golf Ranking as of September 4, 2017. In addition, two captain’s picks will be named on September 6, 2017.

Nick Price will be the team’s captain, and Ernie Els, Tony Johnstone, Geoff Ogilvy and Mike Weir will be captain’s assistants. 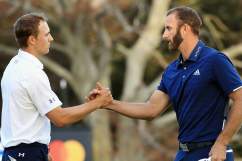