The recruitment process of a five-star forward to the University of Louisville is under scrutiny after program officials and an Adidas executive allegedly paid $100,000 in exchange for his commitment.

Brian “Tugs” Bowen II, a 6-foot-7 small forward from La Porte, Indiana, committed to the school over the summer in what was widely seen as a surprising move because the school wasn’t on his initial list of options. Bowen is originally from Saginaw, Michigan and moved to Indiana during high school.

The process that led up to his mysterious recruitment is becoming clear, and it started with the Department of Justice announcing Tuesday that it filed charges against 10 men who played a role in bribing the families of multiple basketball recruits in exchange for college commitments.

“We announce charges of fraud and corruption in the world of college basketball,” acting U.S. Attorney for the Southern District of New York Joon H. Kim said during a press conference. “The picture painted by the charges brought today is not a pretty one: Coaches at some of the nation’s top programs soliciting and accepting cash bribes. Managers and financial advisors circling blue-chip prospects like coyotes. And employees at one of the world’s largest sportswear companies secretly funneling cash to the families of high school recruits.”

Louisville received official notice from the F.B.I. informing it that it’s under federal investigation. In a statement, the school said it would fully cooperate with law enforcement in its investigation.

Statement from U of L acknowledges school is under investigation "involving criminal activity" with basketball recruiting pic.twitter.com/309Thh8Jge

While neither Bowen nor Louisville are specifically named in the court documents, the timelines and descriptions of the two appear to match up.

Here’s what you need to know about Bowen and the situation:

In a surprising move, Bowen verbally committed to Louisville over Arizona and Michigan State on June 3. He made his commitment official August 10 and started attending summer courses at the school.

Bowen had initially narrowed his final six schools down to Creighton, North Carolina State, UCLA, Arizona, Michigan State and Texas in September 2016. But something changed in the months that followed, and the forward who boasts a 6-foot-9 wingspan eventually called himself a member of the Louisville Cardinal’s basketball team.

According to his player profile on Scout.com, Bowen made an unofficial visit to Louisville on May 29 and committed to the school just days later. After Bowen’s commitment, Louisville coach Rick Pitino shed light on what led up to it, saying he “got lucky on this one.”

The veteran coach said an AAU director called him and asked him if he was interested in recruiting a player, meaning he didn’t have to pay anything to get him to come to the school…or so he thought.

“We spent zero dollars recruiting a five-star athlete who I loved when I saw him play,” Pitino said to to Terry Meiners of News Radio 840 after landing Bowen.

Believe it or not, this is what Rick Pitino said in June when Brian Bowen committed. The irony is rich now. pic.twitter.com/IlApsm0EEF 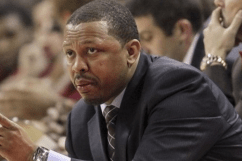 2. The Adidas Exec & Others Are Accused of Paying $100K to Land the Recruit

The federal indictment alleges that from May 2017 until September 2017, four men conspired to funnel about $100,000 to a highly-recruited high school player, believed to be Bowen, who committed to attend a “public research university” in Kentucky. A description of the school in the documents is in line with Louisville, which has an enrollment of 22,640 students.

According to the indictment, Adidas’ head of global marketing for its basketball, Jim Gatto, was clamoring for an opportunity for one of Adidas’ “flagship schools” to land a top recruit and hatched a scheme to make it happen.

The sum of money was allegedly wired to consultants, who then made direct cash payments to the player’s family. That player officially committed to the school in June, the document said.

“The bribe money was structured in a manner so as to conceal it from the NCAA and officials at (the university), among other things, having Adidas wire money to third party consultants who then facilitated cash payments to (the player’s) family,” the criminal complaint says.

Part of the deal with the player's father was that his son would sign with the company when he entered the NBA.

Shoe rep said: "you guys are being introduced to how stuff happens with kids & … we needed to step up & help one of our flagship schools"

The rep said the university (U of L) needed to land a 5-star caliber kid. "Obviously that helps, you know, our potential business."

At one point, a sum of money was agreed upon between the company and the player believed to be Bowen, but a “rival apparel company” ended up coming in with more money. One of the men involved in the scheme allegedly talked to another coach at the school about obtaining more money. That’s reportedly when Gatto and Adidas stepped in and raised the offer.

The second unidentified coach supposedly called Jim Gatto, with Adidas, "who's the head of everything" at the company. & upped to $100,000

According to court documents, Gatto “needed time to generate a sham purchase order and invoice” to justify the use of Adidas funds “since they could not lawfully pay the family” directly.
f
In July, Gatto allegedly arranged a process to pay the family in which two members of a sports management business would make an initial $25,000 payment to the family, later to be reimbursed by Adidas. One of the defendants said he trusted Gatto to handle the payment “off the books” because of previous interactions.

An initial payment was allegedly made in cash to the father of the recruit on or around July 14, and the defendant said they believed they had secured the student-athlete’s commitment to the school.

The court document further accused Gatto of accounting for the full $100,000 payment at Adidas by “booking it on (Adidas’) records as a payment to an outside organization affiliated with” one of the defendants.

“It’s on the books, (but) it’s not on the books for what it’s actually for,” a defendant said during a wiretapped call.

In August, Louisville inked a contract extension with Adidas worth $160 million over the next decade. That ranks the program’s deal with the company as the No. 4 most expensive in all of the NCAA. 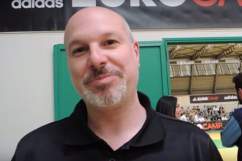 3. Bowen’s Mother Said She Knew Nothing of the Alleged Bribery Scheme

When Bowen’s mother, Carri Malecke was contacted by the Louisville Courier-Journal on Thursday, she said she wasn’t aware of the allegations or any bribery scheme.

“I don’t know anything about that,” Malecke said to the newspaper. “I’m not aware of anything like that. Not me, I had no idea.”

Bowen’s father, Brian Bowen Sr., was unable to be reached for comment by the publication. According to MLive.com, the father was a standout prep basketball player in the Lansing area and went on to have a decade-long career as a police officer in Saginaw, Michigan. He ended up being medically discharged from the police department.

4. Bowen Was an All-American Player & Led His High School Team

Bowen attended La Lumiere School in Indiana and he was ranked by Scout as the second-best Class of 2017 small forward in the Midwest region. He was ranked as the No. 19 overall player prior to his commitment to Louisville.

During his senior season at La Lumiere, he averaged over 22 points and six rebounds per game and continued to impress scouts with his savvy ability to make a move and score.

Scout.com’s evaluation of Bowen described him as having a “versatile scoring attack that allows him to score it by driving the ball from the wing, make jump shots and even score it some from the block.”

Bowen was selected to play in the 2017 McDonald’s All-American Game in March, where he was able to showcase his abilities on the court to a national audience. 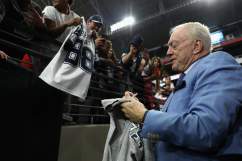 When Bowen lived in Saginaw, he attended Arthur Hill High School and many thought he’d eventually commit to Michigan State like his father and cousin.

To grow his skill set, Bowen attended numerous camps and played in various AAU leagues around the country. He was also an attendee at the LeBron James Skills Academy, where he had the chance to play basketball and have dinner with James. That wasn’t the only time that Bowen met an NBA superstar, though.

Bowen’s cousin is NBA veteran Jason Richardson. According to the MLive.com article, Bowen Sr. acted as a “mentor, trainer and teacher” for Richardson, who also attended Arthur Hill and then Michigan State.

When Richardson was a member of the Orlando Magic, Bowen talked about how his elder cousin took him into the Miami Heat’s locker room, where he spoke with James, Dwyane Wade and took photos with the pair.

“It’s humbling,” Bowen said to MLive. “I see what level they’re at and where I want to get to. I see how hard they have to work and what they have to go through. It helps a lot. I’m not going into it thinking it’s crazy. I’m actually used to it now and seeing how hard you have to work.”