The last time we were watching meaningful NFL football, the New England Patriots were engineering one of the greatest comebacks in sports history to win Super Bowl LI.

On Thursday night they’ll begin their defense of that title, opening the 2017 season against the Kansas City Chiefs.

Here’s a look at everything you need to know to watch the Week 1 opener:

This is a good litmus test for just how good this Patriots team really is.

By all indications, they are really good. Tom Brady continues to play at a legendary level, and even without Julian Edelman, he has an embarrassment of riches around him: Rob Gronkowski, Brandin Cooks, Phillip Dorsett, Chris Hogan, James White, Mike Gillislee, Rex Burkhead and Dion Lewis. If everyone stays healthy, it wouldn’t be all that surprising if the Pats surpassed 30 points per game, a feat that was accomplished only by the Falcons a year ago.

That said, the Chiefs are built to at least slow down New England. Players such as Chris Jones, Justin Houston, Derrick Johnson and Dee Ford allow them to create pressure while still dropping six or seven players in coverage, and they also have one of the best secondaries in the league, led by Marcus Peters and Eric Berry.

The Patriots are already regarded by many as the Super Bowl favorites, and they are favored to win this game. If they win casually, or win a close one, it won’t come as much of a shock. But if they look truly dominant in the process, and if they pick apart this Top-10 defense, it’s going to be a very frightening sight for the rest of the AFC, and for the rest of the league.

Either way, the NFL is back. And there are 255 regular season games to come after this one. 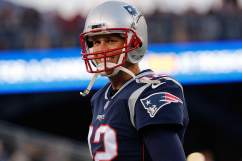 Patriots Live Stream: How to Watch Games Without Cable in 2017 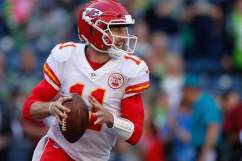 How to Watch Chiefs Games Live Online Without Cable in 2017 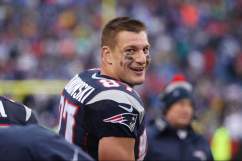