Colin Kaepernick has not signed a deal with the New England Patriots despite a tweet that attempted to trick social media users into believing that he had. On Tuesday afternoon, one Twitter user tweeted that Kaepernick was heading to New England, just one day after the football world learned that the team’s backup quarterback Jimmy Garoppolo had been traded to San Francisco.

It didn’t take long for people to retweet this post, which even caught the eye of SB Nation and Sports Illustrated’s Peter King. However, the tweet was just a joke of sorts, sent out from an apparent “fake account.”

My fault. Sorry, all.

Shortly after Garoppolo’s trade was reported, football fans started wondering who the Patriots would sign as the number two guy to their beloved number 12, Tom Brady. Many people started throwing Kaepernick’s name around, as the former 49ers quarterback isn’t signed with a team. This chatter is more than likely what sparked the hoax tweet from “Adam Schefter.”

He has since deleted his account from the platform.

This isn’t the first time that Kaepernick has been fake-signed to an NFL team by social media. The controversial athlete’s name comes up quite a bit, which is something that some fans are tired of.

Can we please stop retweeting the Kaepernick signing from fake accounts.

While Kaepernick might seem like an option for the Patriots, the chances of him signing with the team are slim.

“Colin Kaepernick is the “best available” free agent QB on the market. The timing of this whole matter is extremely interesting in that it was learned today that part of Kaepernick’s grievance against the NFL is his beef with President Donald Trump’s relationship with NFL owners, specifically Patriots owner Robert Kraft,” the Metro reported on Monday.

Meanwhile, Kaepernick’s lawyer Mark Geragos believes that his client will ink a deal with a team soon.

“I think somebody’s gonna sign him. I think the NFL has to come to their senses, and realize every day that goes by just proves the collusion case even more,” Geragos told the Adam Carrola Show. 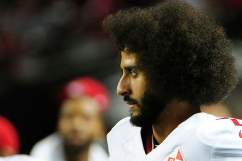 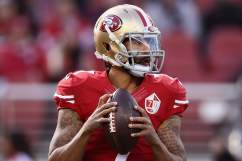