Getty Tiger Woods, pictured here finishing his second round at the Masters, will be in action at the Wells Fargo Championship and the Players Championship.

Tiger Woods will be back in action this week at the Wells Fargo Championship in Charlotte, and that’s not the only tournament on his upcoming schedule. Woods will also be in action at the Players Championship the following week at TPC Sawgrass, giving him another opportunity to continue a streak of impressive play.

Woods’ performance at the Masters earlier this month was a disappointment. He entered the tournament as one of the betting favorites to win it — a status that had as much to do with his recent play on the course as it did his star power — but struggled early in the tournament, shooting 4-over-par over the first two days and finishing tied for 32nd.

On the balance, though, Woods has played this year like a legitimate contender. After missing the cut at the Genesis Open in February, he finished 12th at the Honda Classic, second at the Valspar Championship, and tied for fifth at the Arnold Palmer Invitational. And though his overall performance was a disappointment, even Woods’ showing at Augusta wasn’t without its bright spots. After carding a 1-over 73 on Thursday and a 3-over 75 on Friday, Woods played well over the weekend, carding an even-par 72 on Saturday and a 3-under 69 on Sunday to finish on a high note.

Here’s a look at Woods’ upcoming schedule, and how oddsmakers evaluate his chances.

GettyTiger Woods at the Wells Fargo Championship in 2012, the last year he played in the tournament.

Tiger Woods Wells Fargo odds & breakdown: Woods is among the favorites in a field stacked with top-tier talent. The Westgate Las Vegas Super Book’s Jeff Sherman lists Woods at 25/1 to win the tournament. Rory McIlroy is the favorite at 7/1, with Justin Thomas and Rickie Fowler at 10/1 and Jason Day, Patrick Reed and Hidecki Matsuyama at 20/1. Paul Casey, Phil Mickelson and Tommy Fleetwood are also listed at 25/1.

Woods is no stranger to the Wells Fargo, and he’s had his share of success there, though that success came more than a decade ago. Woods finished tied for fourth at Quail Hollow in his first Wells Fargo appearance in 2004. He finished tied for 11th in 2005, first in 2007, and fourth in 2009, before missing the cut in 2010 and 2012. He hasn’t played the tournament since.

Pairings and tee times for Thursday’s opening round have yet to be announced.

GettyTiger Woods tees off on the sixth hole of the Players Championship in 2015.

Tiger Woods Players Championship odds & breakdown: OddsShark has Woods among the betting favorites to win the PGA’s unofficial fifth major, with 20/1 odds of winning. Per usual, every top-tier player in the world will be in the field, making for must-watch golf, especially if Woods is in contention. Jordan Spieth and Dustin Johnson are the early co-favorites at OddsShark, with 10/1 odds of winning. Justin Thomas and Rory McIlroy are at 12/1, while 2015 champion Rickie Fowler is at 14/1.

Tiger Woods US Open odds & breakdown: When he was in his prime, Woods was as dominant at the US Open as he was at any other tournament. He’s won the Open three times — in 2000, 2002 and 2008 — and finished in the top 20 nine straight times from 1997 through 2005 — his longest consecutive streak of top-20 finishes at any of the majors. But it’s been a while since he’s had any semblance of success there.

Woods has missed the US Open in three of the past four years, and he missed the cut in 2015, the one time he was in the field. His most recent top-20 Open finish came in 2010, when he finished tied for fourth. Woods’ only US Open appearance at Shinnecock Hills came in 2004, when he carded a 10-over 290 for the tournament and finished tied for 17th. (Though his par score was ugly, Woods wasn’t alone in that regard. Champion Retief Goosen (4-under) and runner-up Phil Mickelson (2-under) were the only players at or under par.)

There’s some variance between sports books on where Woods is listed on the early US Open odds. At sportsbooks monitored by OddsShark, TopBet has Woods at 10/1, just behind co-favorites Jordan Spieth and Dustin Johnson, who are at 9/1. (Rory McIlroy is also at 10/1.) BetOnline and Sports Betting both have Woods at 14/1, while MyBookie has him at 16/1.

Tiger Woods National odds & breakdown: Woods’ events company runs the National, and the tournament benefits Woods’ foundation, making it one of the few tournaments he plays every year if he’s healthy. TPC Potomac, which hosted the tournament for the first time last year, is hosting it again this year. (Previous National tournaments were held at Congressional Country Club, Aronimick Golf Club, and Robert Trent Jones Golf Club.) Woods won the tournament in 2009, when he carded a 13-under 267, and in 2012, when he shot an 8-under 276. He’s the event’s only two-time champion. Like many other tournaments, Woods hasn’t played the National since 2015. (His absence is likely a key reason the event is without a title sponsor after being sponsored by Quicken Loans from 2014 to 2017 and AT&T from its inception in 2007 through 2013.)

The tournament field is still taking shape, so tournament odds won’t be out for a while. But it’s a safe assumption Woods will be among the favorites, assuming he’s healthy. Kyle Stanley shot 7-under and won the tournament last year in a one-hole playoff over Charles Howell III. Rickie Fowler finished two strokes back. Justin Thomas played uncharacteristically poorly, shooting 5-over for the first two days and missing the cut. The 2017 field also included Marc Leishman, Bryson DeChambeau, and Xander Schauffele.

Two sportsbooks monitored by OddsShark have Open Championship odds listed, and there’s some variance when it relates to Woods. TopBet lists Woods at 10/1, while MyBookie lists him at 20/1. In either case, assuming he’s in the field, he’s likely to be among the favorites to win. An Open win would be Woods’ first since 2006, when he shot an 18-under 270 and edged Chris DiMarco by two strokes. 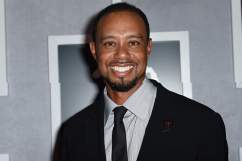 Tiger Woods’ Net Worth: 5 Fast Facts You Need to Know

Read More
Golf, Sports Betting, Tiger Woods
Tiger Woods' schedule will be busy in May. Woods is scheduled to play at the Wells Fargo Championship and the Players Championship in back-to-back weeks.