Getty Argentina is a heavy favorite against Iceland.

Argentina takes on Iceland in the opening match of Group D. Argentina enters this match as a heavy favorite as Iceland plays in its first ever World Cup game. According to OddsShark, Argentina is favored to win at -286, a draw is the next likely outcome at +350. Iceland pulling off the upset is a real long shot at +825.

Bovada has Argentina favored by 1.5 goals heading into the match. The public money is siding with Argentina with over 70 percent of bettors taking Argentina to win. The over-under is set at 2.25 goals

Fans are wondering what Lionel Messi’s response will be to Cristiano Ronaldo’s hat trick performance on World Cup Day 2. Messi is used to competing with Ronaldo for top soccer honors, and is sure to want to respond in today’s match. However, Messi understands the World Cup is a marathon not a sprint. It would be surprising if Messi is able to pull off a similar feat today.

As for Iceland, they lack the star power that Argentina possesses, but fans may be surprised when they watch them play. Iceland will look to lean on their defense, and ability to play as a team. They have proven they can give countries with a storied history a run as they showed in their upset of England in Euro 2016.

The OddsShark computer projects a narrow Argentina win with a 1.8-1.4 score. The computer is taking Iceland against the spread, and over on the point total.

Iceland manager Heimir Hallgrímsson, who is also a part-time dentist, cautions fans and teams from underestimating their team just because they are playing in their first World Cup. Iceland’s run in Euro 2016 is proof of what happens when opponents do not take Iceland seriously.

“If people still think it’s a kind of Cinderella story, and that in some way we don’t deserve it, then they underestimate us,” Hallgrimsson explained to The Guardian. “So I kind of like it when people come here and ask: ‘Are you still a dentist?’ In my opinion it benefits us but I know some people among our staff who would like more respect, professionally, than they are getting.”

On the flip side, there is a lot of pressure on Argentina as Messi is looking for his first World Cup win in what many expect will be his last tournament with the national team. If you’re looking for a three-way bet, I think a draw is in play here based on Iceland’s defensive ability.

For me, while the draw is tempting, I think Argentina has too much firepower for Iceland to keep up with. Look for the match to be close early, but I think Iceland will not be able to sustain their play in the second half as Argentina scores the go ahead goal late to get three points.

This will be Iceland’s toughest test in group play, and I still like their chances to get out of the group. With a win today, Argentina is in the driver’s seat to win Group D. 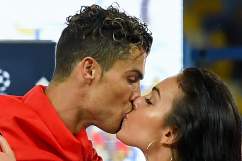