Neymar came from humble beginnings to become one of the most recognizable soccer players in the world. As a kid, there were times when Neymar and his family would go without electricity. Neymar’s parents Nadine Santos and Neymar Santos Sr., did their best to provide for Neymar and his sister, Rafaella. According to Sports Illustrated, Neymar was born in Mogi das Cruzes, Brazil, but the family ended up moving around a lot.

“We even used to live here when it was a dumping ground, where the entire city threw their garbage,” Neymar Sr. explained to The Sun.

Neymar Sr. was a journeyman soccer player in Brazil, but injuries cut his career short. According to The Sun, the family moved in with Neymar’s grandparents, where they all shared a mattress. Neymar has risen to become one of the wealthiest soccer players in the world. Neymar has a family now of his own with girlfriend Bruna Marquezine, and his son David Lucca. Sports Illustrated described the area in Brazil where Neymar grew up.

Neymar’s house was properly built, not a shack like those of many of his school friends. His street was properly paved and allowed him to play barefoot all day long, though he didn’t have to walk far to find dirt roads surrounded by wild vegetation. While other kids were lucky to have many toys, he had 50 footballs in his home collection at age 14. He even had a video game, which was a dream for most of his neighbors.

Neymar put down some solid roots during his nine years at Jardim Gloria, and today his charity – the Neymar Jr. Institute – is based in the area. The local dump, where some of the local people used to earn a living from recycling, has been closed and the district has improved dramatically since Neymar’s family first moved there more than a decade ago.

Neymar and his girlfriend, Bruna, have had their ups and downs. According to the Daily Star, the couple first started dating in 2012, but have broken up several times since then. Their relationship appeared to be in peak form heading into the 2018 World Cup, and Bruna has been seen in Russia cheering on Neymar.

Prior to the tournament, they filmed a television commercial together. Bruna started acting as a child, and currently stars in a Brazilian show called Deus Salve o Rei which focuses on a feuding medieval family, per Daily Star. Prior to the couple getting back together, Bruna explained to Cosmos why the couple broke up.

“I wasn’t asked to marry him and it wasn’t because of his haircut,” Bruna told Cosmos (via Daily Mail). “None of the websites got the right reason. Because, in fact, there doesn’t need to be a reason. I have the feeling that people don’t know me and that the media sells an image very different to who I am. I dream of being a mother. Since I was young I was that child who said she wanted to have children and I have the feeling I will be a young mother. I need to be in a relationship for this, maybe not a marriage, but a stable relationship.”

2. Neymar Has a Son, David Lucca, From a Previous Relationship

GettyNeymar pictured with his son Davi Lucca during a World Cup practice.

“It’s easier to be a son; being a father means giving love, teaching and protecting your son in any way possible,” Neymar explained to Man About Town (via The Sun). “I’m grateful for everything my father did for me and I try to do everything in double to my son.”

3. Neymar & His Sister, Rafaella, Have Matching Tattoos of Each Other

Neymar enjoys a special bond with his sister, Rafaella. Back in 2015, Neymar decided to get a tattoo of his sister on his right arm. The two reenacted the pose from the tattoo parlor on Instagram. Rafaella later posted a photo of the tattoo on Instagram with a kind message about her brother (translated).

With a brother you learn to love people as they are, because they are the way they are. Learn to live with your faults and know their qualities, with a brother you learn to have compassion, to feel pain for the failure of the other and to feel happiness for the achievements, as if they were yours. Living with one, two, three or ten brothers is not easy, but nothing compares to the joy of knowing that someone who knows your problems and difficulties, understands you and is with you to overcome each one. My love for you is unique.

Rafaella then decided to get a tattoo of Neymar on the inside of her upper arm. Unlike Neymar’s tattoo, Rafaella just got Neymar’s eyes tattooed on her arm.

GettyNeymar Sr. represents his son as his manager.

According to Goal.com, Neymar’s father, Neymar Sr., played professional soccer in Brazil. Neymar was once represented by agent Wagner Ribeiro, but is now represented by his father.

“I am no longer Neymar’s agent,” Ribeiro noted to UOL (via Goal.com). “It’s his father now. But’s it’s true that we do work together because we are close by. I was his agent since he was 12 and I negotiated two contracts for him with Santos. But when he grew up, his father took control of everything through his companies. Neymar is like a son to me. His father is trustworthy and I like and respect him.”

Muricy Ramalho, Neymar’s former coach at Santos, spoke glowingly to Goal.com about how Neymar Sr. handles business for his son.

“We spoke a lot with his father before he went to Barca, and he takes great care of Neymar’s professional and commercial life. He put everything into place for Neymar to become the best in the world,” Ramalho explained to Goal.com. “Neymar’s father is very important to his career. But he always respected me as a trainer, I never had problems with him. I never had a single problem working with Neymar because he is a great professional, and the people who look after his career are very organised.”

5. Neymar Survived a Nearly Fatal Car Crash as a Toddler

Neymar and his family were in a serious accident when he was a baby. Neymar Sr. feared he was dying, and thought the accident might have killed his son who was just a baby. Neymar’s father detailed the accident in Neymar: Conversations between Father and Son (via Daily Mail).

I was with Nadine in front and our son was in the babychair on the back seat. A car came towards me. I tried to swerve but it hit us full on, on my door side. My left leg landed on top of the other, dislocating my hip bone. I was desperate and said to my wife: “I’m dying.’ But my worse fear beyond the pain, was the sensation that followed: where was Junior?

We couldn’t find Neymar Jr. We thought the force of the impact had thrown him out of the car. I shudder every time I remember the moment. But who believes in God, has faith! The people who rescued us found our son under the seat of the car. 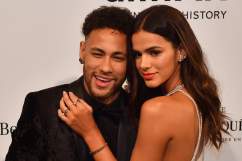