Today was Baker Mayfield‘s first official start as an NFL quarterback for the Cleveland Browns and there couldn’t be a more appropriate opponent for the 23-year-old to begin his NFL legacy than the Oakland Raiders.

The Browns entered this matchup at 1-1-1 after winning their first NFL game in 635 days against their Thursday night matchup against the New York Jets. While the Oakland Raiders entered the game winless at 0-3 after some frustrating losses to the Denver Broncos and Miami Dolphins. Both teams are looking to solidify their presence in the league before NFL narratives become set in stone in the professional football realm early in the young 2018-19 season.

With the Oakland Raiders winning this game 45-42 in overtime, here are four major takeaways from today’s Raiders and Browns matchup in the Oakland-Alameda County Coliseum that could further affect both franchises moving forward this NFL season.

Baker Mayfield Is The Truth 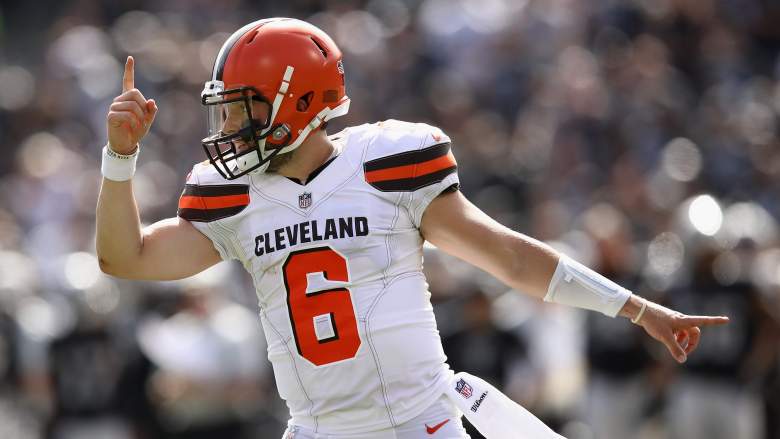 Even though Baker Mayfield began the game 0-3 with two dropped passes and an interception by Gareon Conley that immediately led to an Oakland Raider touchdown by the second-year cornerback, he proved why he deserves the starting quarterback possession for the Brown’s franchise.

Mayfield was able to remain resilient and threw his first NFL career touchdown in the second quarter to Browns’ tight end, Darren Fells, for 49 yards. Baker was able to end the game throwing a total of two touchdowns on 295 yards with an overall passer rating of 70.7.

Throughout the exhibition, Mayfield displayed an extreme level of confidence, comfort in the pocket, elusiveness, and arm strength and has the potential to become one of the NFL’s elite play-action quarterbacks of this current generation. Despite losing a close game to the lowly Raiders, Mayfield has no reason to be ashamed about his performance throughout his first NFL start.

The Cleveland Browns Have A Reliable Young Core 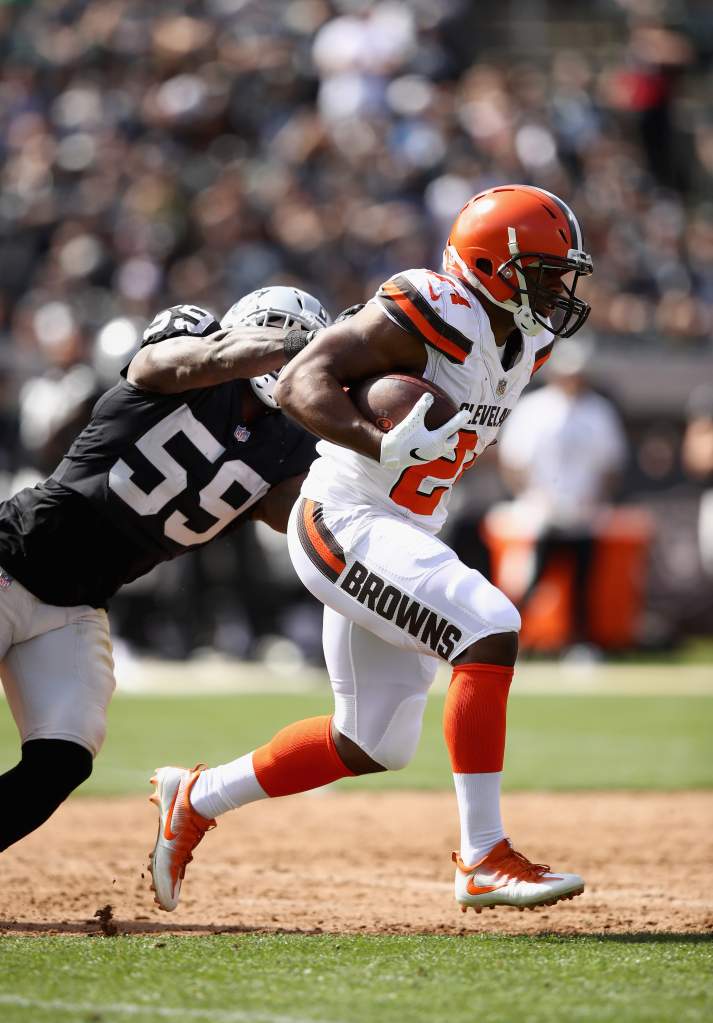 Not only do the Browns have potential in their leading quarterback, Baker Mayfield, but they also have another young, rookie offensive weapon in running back, Nick Chubb. The rookie running back earned his first career NFL touchdown on an explosive 63-yard touchdown on first down in the second quarter leading to a 17-14 lead by the Browns. As well as a 41-yard touchdown late in the fourth quarter for his second NFL career touchdown giving the Browns a 42-34 lead.

The Browns also have some elite youth on the defensive side of the ball in 2016 second round draft pick Emmanuel Ikechukwu Ogbah and NFL second-year defensive end Myles Garrett. The defensive end was able to penetrate the Oakland Raider’s offensive line with ease on a multitude of possessions forcing Derek Carr to make some questionable decisions with the football. Ogbah also contributed to forcing the Raiders into taking a field goal in the third quarter by batting down a Derek Carr pass in the red zone.

The future looks bright on both sides of the ball for the Cleveland Browns.

The Raiders’ defense has been questionable since the team’s decision to trade Khalil Mack. The Raiders lack interior defensive presence forces the team’s secondary to put in overtime on pass plays. In the second half, the Raiders was able to rally several stops and do just enough to help the Raiders solidify a win by disrupting the flow of Mayfield and their potentially high-powered offense. Unfortunately, the Browns were still able to execute their offense efficiently throughout the game nearly at will.

With the Raiders bringing in veteran defensive backs like Leon Hall, Rashaan Melvin, and Dominique Rogers-Cromartie, the franchise was hoping to fill in the void of secondary presence but with lack of a passer rush, the team finds themselves in the same predicament as years past.

Marshawn Lynch Continues To Be A Prominent Offensive Weapon 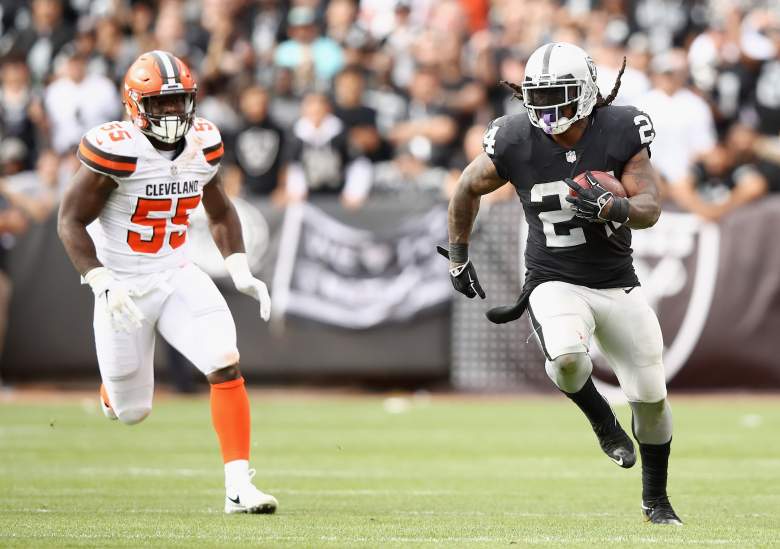 With Marshawn Lynch in his 11th season as NFL running back, the general consensus in the NFL analytical community was that he was not going to be as an effective option for the Raiders as he was for the Seattle Seahawks. Well, this season, the Oakland-native has proved his doubters wrong as he’s maintained an elite level of effectiveness when he touches the ball.

Early in the game, Lynch showed frustration by kicking the football out of bounds after referees prematurely called a continuation running play dead. Lynch’s frustration eventually was converted into explosive aggression as the running back ran for a total of 130 yards on 20 attempts including an impressive 52-yard run in the second half.

Lynch’s final run for 2-yards came in overtime, helping his Raiders team punch in a game-winning field goal in overtime with less than 2-minutes left in the period giving the Oakland football franchise their first official win of the season.