Getty Colin Kaepernick's net worth is estimated to be around $20 million, though that doesn't include what he'll earn from his Nike contract.

Colin Kaepernick’s net worth is estimated to be at approximately $20 million, according to Celebrity Net Worth. However, this number is only an estimate; since Kaepernick stopped playing football in 2016, his earnings have become less clear.

Kaepernick’s earnings are likely to skyrocket in the wake of his new deal with Nike, in which he serves as the face of the company’s 30th anniversary ad.

In 2014, Kaepernick signed what was at the time a record deal with the San Francisco 49ers: a seven-year $126 million deal. However, only the $12.3 million bonus and the first year’s salary (around $645,000) were guaranteed. Kaepernick also reportedly lost $2 million from his contract in 2015 when he didn’t make first- or second-team All Pro, according to Celebrity Net Worth.

Kaepernick only ended up receiving about 30% of his initial deal over the three years he remained on the San Francisco 49ers roster, according to Business Insider.

In 2016, Kaepernick restructured his contract during the season so that he could opt out of his contract early and become a free agent. Kaepernick came close to signing with the Baltimore Ravens in 2017, but the deal fell through.

3. In October 2017, Kaepernick Filed a  Collusion Grievance Against the NFL

In October 2017, Kaepernick filed a collusion grievance with the NFL, aiming to prove that he would have earned millions more if NFL owners and the NFL as a league hadn’t colluded to keep him off of a team due to his outspoken behavior around police brutality.

If Kaepernick can prove his case, it’s possible that he could earn millions in compensation, to be determined by a legal arbitrator. Though that number is totally unknown, it would likely have something to do with the salary Kaepernick was last earning before the controversy began.

Kaepernick’s grievance has since been moved to a formal hearing, per NPR.

Believe in something, even if it means sacrificing everything. #JustDoIt pic.twitter.com/SRWkMIDdaO

Nike reportedly signed Kaepernick to its endorsement roster in 2011, long before he took a knee at an NFL game. However, he and Nike reportedly hadn’t struck a contract until recently.

Now, Kaepernick is set to earn “millions” from his sponsorship, and is even going to roll out his own branded line with Nike, according to Bleacher Report. It’s unclear as of now what Nike is paying him, exactly.

5. Kaepernick Has Since Pledged to Donate $1 Million to Organizations Working in Oppressed Communities

Kaepernick recently pledged to donate $1 million of his own net worth, as well as all the proceeds of his jersey sales from the 2016 season, to organizations who are working in oppressed communities.

Kaepernick also founded the “Know Your Rights” campaign, a free campaign that’s fully funded by Kaepernick and aims to educate, empower and instruct youth on how to interact with law enforcement in various scenarios. 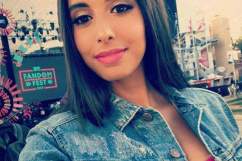