Tom Brady’s mother, Galynn Brady, is a breast cancer survivor who is one of her son’s most devoted fans.

Galynn was rooting her son on during Super Bowl 2019 when the Patriots met the Los Angeles Rams. Fans were happy to see Tom’s mom in such good health after her condition made news during previous Super Bowls due to her son’s obvious emotions over the cancer battle.

Tom’s wife, Gisele Bundchen, posted an inspirational photo of her mother-in-law on Instagram, writing three months before Super Bowl 2018: “So proud of this beautiful warrior! I love you so much sweet Galynn ???.” Tom Brady has given the public updates about his mom’s health since that time, saying in August 2018 that she was doing well and had clean scans.

So proud of this beautiful warrior! I love you so much sweet Galynn ???

Brady’s parents expressed happiness and pride about Brady’s success in 2019.

Galynn’s health – she wore a bandanna for Super Bowl 2017 and has gone through chemotherapy – made Brady’s stunning comeback on the field during that game all the more poignant. After the Super Bowl victory, the Patriots QB held his mother tight. After the victory, Galynn opened up about the struggle and revealed that she survived stage 2 breast cancer.

“I’m overwhelmed,” Tom Brady's mom told WBZ after the #SuperBowl. “All I did was pray the whole game.” https://t.co/e6yUZQrayR pic.twitter.com/N1BxnAXDQv

1. Brady’s Mom Was Sick for About a Year & Underwent Radiation Treatments

All for mom.@Andrea_Kremer sits down with Galynn and Tom Brady, Sr. #CrucialCatch

The exact nature of Galynn’s illness was initially kept private, but the Boston Herald reported in February 2017 that it had “been a source of family concern for a year.”

In the October 2017 interview, Galynn revealed, “I remember sitting in the doctor’s office and them telling me ‘You have breast cancer and it’s only stage 2.’ The kind of cancer I had was a very fast growing, aggressive kind of cancer. It’s going to require a lot of chemotherapy and radiation. And so the journey began.” Galynn revealed in the interview how much her son’s concern helped her as well as watching his football games. “We’d FaceTime a lot,” Galynn said. “Losing my hair was hard for me, and I think because, hair to women is who you are, and I’d have my bandanna on and he’d say ‘Mom, you look beautiful, you look so beautiful.'”

Tom Brady says he is hopeful that his mother, Galynn, will be able to attend Super Bowl LI. pic.twitter.com/MbW7VfeBuN

Tom Brady posted an Instagram with his mother and father, Tom Brady Sr., on the field in Texas after Super Bowl 2017. Brady captioned it, “Sandwich kiss for Mom at Picture Day!!! Go Pats!!!!” By many accounts, Brady’s turbulent emotions, which overflowed at a recent Super Bowl press conference, were also driven by his mother’s health issues. Galynn now says her diagnosis came in June 2016.

Galynn’s health was fragile enough that it wasn’t clear whether she was going to make it to Houston for Super Bowl 2017. Brady had told the news media he was hopeful his mother could attend the Super Bowl, and the wish was granted. According to SB Nation, as a result of her then undisclosed illness, “Galynn Brady hasn’t seen her son play a game all season in person.”

Patriots owner Bob Kraft told NESN some additional details after the game, saying of Tom, “I spoke to him in the locker room before the game, and I said, ‘We gotta win this one for your mom,’ because I know how important his mom is. She’s been going through chemotherapy and radiation, and this is the first game she’s been to. She came here, and I just saw her, and it was really cool.” 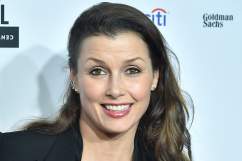 2. Galynn’s Health Has Been Better & Tom Says the Family Is ‘Very Blessed’ as a Result

Tom Brady said in an August 2018 interview that his mother is doing “really well.”

“She’s doing really well. She gets her scans I think every three months, and she’s really done well,” he said. “It’s been a while since she finished her treatments. We’re always kind of praying and hoping they come back clean. So far they have, and we’re very blessed. It’s touched our lives, and it’s touched my mom’s life, and it gives you perspective on life when you go through those things. I think we’re very thankful for all the people who supported her and for all the people that are doing great work in the world.”

According to the Boston Globe, Tom Brady Sr. and Galynn attend each one of their son’s Super Bowls.

Galynn is doing better recently, but her illness was also believed to be one reason that Brady did not pursue the Deflategate appeal, reported CBS Boston.

After the Houston game, Galynn told CBS Local of Boston that she was praying the Patriots would win during the entire game and was overwhelmed by the outcome. Tom Brady Sr., Tom’s father, told the Boston television station that he was speechless, adding, “It was so spectacular and so fun and so nerve-racking and so awesome.”

Tom’s dad was very outspoken about the Deflategate scandal. “What the league did to him (Tom Brady) and what Roger Goodell constantly lied about is beyond reprehensible as far as I’m concerned,” he told Sports Illustrated.

3. Brady Choked up When Talking About His Family & Galynn Grew Up on a Minnesota Dairy Farm

His mother’s illness might be one reason that Brady became emotional when speaking about his father and family at a media event for the Super Bowl in 2017. He called his dad his “hero” and praised the supportive nature of his mom and dad. You can watch the video above. Brady also indicated that his family was going through a troubled time.

“You just have different things that your family goes through throughout the course of your life,” Brady said, according to NESN. “It has been a challenging year for my family for some personal reasons. It will be nice to have everyone here watching us this weekend. My mom and dad, they have been so supportive my entire life, and it is nice to be here to show them and try to make them proud.”

Galynn Brady grew up on a dairy farm in Browerville, Minnesota, according to Sports Illustrated. “Though Tom and his three older sisters were raised in the San Francisco Bay Area, they visited their relatives, the Johnsons, on the farm in Browerville every summer as kids,” SI reported. Of course, Super Bowl 2018 was held in Minnesota.

Galynn Brady, a housewife, has three daughters in addition to her famous son. They are older than Tom, were college athletes, and are named Nancy, Julie, and Maureen. The Bradys have been married for almost 50 years.

The entire family is athletic. Tom Brady’s three sisters “were all great softball players,” reported SBNation. Brady’s mom managed to “play nine holes of golf recently,” even though she is sick, according to SBNation.

According to a geneaology site, Tom Brady Sr.’s family line “emigrated to the United States from Ireland in the mid 1850s, during the potato famine. His mother Galynn P. Brady was born and raised in Minnesota, where her family settled after arriving to America from Germany and Prussia about the same time the Brady’s landed in California. Tom Brady is a mixture of western and eastern European ancestry.” Sports writer Tom Gunderson wrote that Tom’s mother “was born and raised in Browerville. She went on to work for Northwest Airlines and met Tom Brady Sr. They married and moved to San Mateo, Calif., had Tom Jr., and the rest is history. As a kid, Brady spent some time during the summer in Minnesota.”

5. Brady Said He Was Going to Look For His Mom in the Stands During the 2017 Super Bowl

The New York Daily News reported that Brady told the media that he planned to look for his mom in the stands during Super Bowl 2017.

“I try to make some eye contact and let them know I am looking at them,” he said, according to the news site, of both parents. “You like to know where they are at, too. It’s going to be great. It’s a special moment. It’s always been that way. This year it will be as special as it’s ever been.”