Getty Gary Woodland and his wife Gabby Granado Woodland have been through a lot.

For Gary Woodland, family is everything, especially his wife, Gabby Granado Woodland and their son, Jaxson. Gary is originally from Topeka, Kansas and now resides in Delray Beach, Florida with his wife and son.

The couple just announced they are expecting twin boys in August which is especially significant given they lost one of their twin babies during their 2017 pregnancy. Gary also is supported by his parents, Dan and Linda Woodland, who have seen him transition from basketball to becoming one of the top golfers in the world. Gary has been open about how difficult the year 2017 was for their family.

“This year means more to me than any other, it really does,” Gary noted to Golf Channel in 2017. “This was the toughest year of my life by far. The little man has been dealing with a little bit of stuff, but it’s just never been easy.”

Definitely the biggest Win of my life

Gary and Gabby got married in 2016 on the beach in Turks and Caicos, per Golf Digest. The couple endured a difficult 2017 after the loss of one of the twins Gabby was pregnant with. Gary spoke about the challenges in the midst of the difficulties during a 2017 interview with Golf Channel.

“Every off week since the Match Play my wife or my kid has been in the hospital,” Gary noted to Golf Channel. “The only week he wasn’t in the hospital we had to evacuate Florida, so it’s just been no off weeks and that’s been tough.”

2. Gabby Was Pregnant With Twins But Lost One of the Babies in 2017

It was a difficult time for the couple as Gabby later gave birth to their son, Jax, after losing one of the babies. According to Golf Digest, Gary released a statement about their loss while Gabby was still pregnant with Jax.

While golf was the least of his concerns, Gary admitted that it was difficult to play his best in the midst of everything.

“The first couple of months after everything happened it was tough for me, mentally,” Gary explained to Golf Channel. “It was tough because I was playing so well leading up to that. I gave myself so many chances early in the year to win and just dealing mentally off the course, I couldn’t focus enough.”

3. The Couple Are the Proud Parents of a Son, Jax & Are Expecting Twins in August

Wishing everyone a Merry Christmas from the Woodland’s

Jax was born 10 weeks premature at just three pounds. Gabby and Gary are thrilled parents as Jax has grown up to be a healthy child. After winning the 2018 Waste Management Phoenix Open, Gary shared the moment with his wife and son. Gary was also thinking about the daughter that the couple never got to meet.

“That was just kind of a tribute to last year,” Woodland told Golf Channel after the win. “Obviously we lost a little girl, and being there, seeing my wife give birth to her, that’s real.”

Gary glowingly spoke about the health of their son in an interview with Golfweek earlier this year.

“He’s doing great,” Woodland noted to Golfweek. “He’s walking and talks a bunch and is into everything right now. He’s honestly a miracle with all that he’s been through.”

Can't think of a better way to spend the day than with these two @themasters. Awesome having them out there with me today #TheMasters

Gary was paired with legendary MLB player George Brett at a Web.com Tour event several years ago. Gary struck up a friendship with Brett and the former slugger invited him, along with his family, to a Super Bowl party. George’s dad, Dan, is a big Royals fan and was thrilled to meet him.

“I think my dad was more excited to go there than he was for me to win,” Gary noted to the PGA Tour. “My dad had never met him, so that was awesome. We got done here, rushed home and changed, and watched the end of the Super Bowl at his house. We’ve become good friends, and we talk all the time. It’s really cool. He’ll be here again Saturday.”

Gary has taken some of Brett’s advice on his mental approach to help him on the golf course.

“With him it’s more mental,” Gary told the PGA Tour. “George, mentally, believed he was better than everybody else. You ask him questions about today’s game, and it comes across, that confidence he throws out. We play a lot of golf together now, and the way he fights out there on the course is something anybody can learn from — he’s out there to win.”

The golfer was previously a standout basketball player. He played college basketball at Washburn University, a Division II school in his hometown of Topeka, Kansas. Gary’s high school coach Craig Cox described his game in an interview with ESPN.

“There was no range limit,” Cox told ESPN. “As a coach, you’re looking at guys, that, as they get further from the basket, they have to change their shot. But he was so strong in his forearms and his wrists, which I think is contributing to his golf power. His shot looked exactly the same from 5 feet to 35 feet. I never said a word.

Gary eventually ended up transferring to Kansas where he focused on golf. The golfer still has a passion for basketball and is friends with Kansas basketball coach Bill Self.

“I watch every shot and every tournament I can,” Bill noted to Yahoo Sports. “I don’t want to miss out on anything…Gary was a basketball player at Washburn when we played them, actually. I tell him he didn’t even make our scout report.” 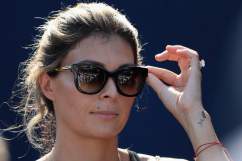