Getty Klay Thompson will be a free agent this summer.

Klay Thompson will be an NBA free agent in just over two weeks, but an unfortunate ACL injury now has to be factored into his new contract. Prior to Game 6, Warriors owner Joe Lacob noted to Sports Illustrated that he would find it “very difficult” to see Thompson wearing anything but a Warriors jersey next season.

Even with the injury, Thompson is due for a significant pay raise from his $17.8 million salary he had last season. ESPN’s Adrian Wojnarowski reported that Thompson suffered a torn ACL and discussed the impact the injury could have on the Warriors.

“Golden State’s Klay Thompson has suffered a torn ACL in his left knee, his agent Greg Lawrence tells ESPN…Even if Warriors are able to keep Klay Thompson and Kevin Durant in free agency, it’ll be a fight to reach playoffs in the Western Conference. Thompson’s ACL rehab could take him into February or March — and Durant likely misses entire season. Devastating turn of events,” Wojnarowski tweeted.

Like Kevin Durant, Thompson’s injury is unlikely to have a major impact on the number of suitors pursuing the All-Star this summer. Lost in the rumors about Durant’s future has been Thompson’s upcoming free agency, and the popular narrative has been that the shooting guard wants to remain with the Warriors. Nothing is a sure thing until Thompson signs the paperwork and there will still likely be a number of teams lined up to meet with him when free agency begins.

Even though the Warriors are viewed as the favorites to re-sign Thompson, the Lakers have been consistently mentioned as a potential option if Thompson opts to try something different. Thompson’s father, Mychal Thompson, played for the Lakers and is part of the broadcast team. Fox Sports’ Jason Mcintyre reported that there is a “legit chance” Thompson ends up in L.A.

“This isn’t anywhere yet but #KlayThompson is locked in to appear in #SpaceJam2. He’s from around here, his dad is a #Lakers announcer…I think there is a legit chance he winds up there,” Mcintyre noted, per Fox Sports Radio.

Hawks GM Travis Schlenk used to be part of the Warriors front office and also has been linked to Thompson for some time. The question is whether Thompson would want to leave the Warriors for a rebuilding project like the Hawks. The Atlanta Journal Constitution’s Michael Cunningham reported that the Hawks plan to pursue Thompson if the Warriors don’t offer him a max contract.

That’s how it’s likely to play out for Thompson when free agency begins July 1. But if the Warriors don’t immediately offer Thompson a max contract of five years and about $190 million, I’m told he will listen to free-agent pitches from other teams. And if that happens, the Hawks are confident they’d get a chance to persuade Thompson to sign with them.

I heard Travis Schlenk planned to make a run at Thompson as a free agent soon after the Hawks hired Schlenk as GM in 2017. I figured it was just dot-connecting speculation: Schlenk was a Warriors front-office executive when the team drafted Thompson in 2011. But since then several people in the know have insisted that Schlenk is focused on trying to sign Thompson, and now I believe that’s his plan if the Warriors provide an opening.

It is important to note this was reported before Thompson’s injury, but the circumstances are unlikely to change the Hawks interest given the challenges the franchise has faced in attracting free agents. Atlanta is hoping that offering a max deal combined with the opportunity to be the centerpiece with the Hawks could sway the shooting guard.

Klay Thompson Is Eligible for a 5-Year, $188 Contract

Thompson missed out on the opportunity to sign a possible supermax deal for $221 million thanks to not being named to one of the All-NBA teams. Thompson is still eligible to sign a five-year, $188 million contract, and it will be interesting to see how the Warriors handle the negotiations. ESPN’s Zach Lowe reported that Thompson has “no plans” to take a discount for Golden State.

Thompson has been open about the fact he wants to stay with the Warriors for years to come. However, league sources told ESPN’s Zach Lowe earlier this season that Thompson has no plans to take a discount, despite the massive sneaker endorsement deal he signed with Anta. 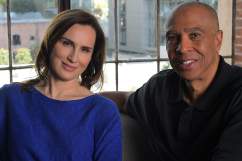