For the fourth-straight year, the Dallas Cowboys are the top earning sports franchise in the world. According to Forbes Top 50 Sports Franchises, the Dallas Cowboys earned $5 billion in 2018. The Cowboys increased their value by 4% over the last year.

The Cowboys are also being looked at as contenders for a Super Bowl this season, given the impact of running back Ezekiel Elliott, Dak Prescott, and Amari Cooper. The defense also looks to be shaping up.

The team made $340 million in sponsorships and tickets, which is double any other team.

They have been playing well, despite key members of the team being in and out of the lineup. With a team primed to make a post-season run, the Yankees could be in for another monster year. 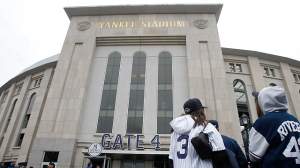 The team is known for the long ball and has a lineup stacked with home run hitters like Aaron Judge, Luke Voit, Giancarlo Stanton, and Gary Sanchez. With a team only interested in winning a World Series, look for them to give the Cowboys a run for their money this year.

Real Madrid is a soccer team from Spain. They rank third at $4.24 billion at a 4% increase. They exceeded the Yankees operating income of $30 million by $82 million ($112 million total).

This premier team has a massive audience worldwide and is always regarded as a top team and betting favorite season-after-season. They receive a lot of air time around the world and in the United States on primetime networks. Also a favorite team to use in FIFA video games amongst friends.

The NFL remains the top earning sports league in the world. Its global TV ratings have pretty much outpaced themselves each year. It seems with new TV deals popping up, that dominance will continue. Streaming will also help build on that success. These top earners’ numbers will continue to grow with their audience next year.

Top sports teams steadily make money after their initial investment. The NFL is indeed the king of content.