Getty Dwight Howard #12 of the Los Angeles Lakers gestures during the game with the Sacramento Kings at Staples Center on October 21, 2012 in Los Angeles, California. The Kings won 99-92.

The Lakers are finalizing a deal to sign Dwight Howard away from Memphis, reports Shams Charania of The Athletic. “Dwight Howard is finalizing contract buyout with Memphis and plans to sign with the Los Angeles Lakers as free agent,” he tweeted Friday.

He added minutes later that the buyout was completed and Howard just has to clear waivers to officially become a Laker.

The center has worked out with the Lakers over the last week, as Los Angeles needed an emergency replacement for the injured DeMarcus Cousins. The other options included Joakim Noah, Marreese Speights and Marcin Gortat based on previous reports.

The contract details have not been released yet. Cousins previously signed a one-year, $3.5 million contract with the Lakers back during July’s free agency rush. 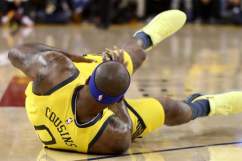 For Howard, the Lakers wanted to verify his physical condition and mindset before today’s announced signing. The 8-time All-Star is coming off a season where he played just nine games for the Wizards due to shoulder and gluteal issues.

Howard unceremoniously flamed out and started his career decline with Los Angeles during their last playoff run in 2012.

“There were some positives,” Howard told Arash Markazi of the Los Angeles Times of his time with the Lakers. “We just didn’t win that season, and that’s what happens when you play basketball. Things may look good, but injuries and other issues may happen and things might not work out, but I still had a good time in L.A.”

Howard acquitted himself well on the stat sheet that season, scoring 17.1 points a game while grabbing 12.4 rebounds per. At the very least, he should be a quality defender to rotate with JaVale McGee under the basket, as he has won NBA Defensive Player of the Year three times.

Here’s a look at the Lakers roster and starting lineup after this news.

Dwight Howard’s agent, Charles Briscoe of Briscoe Sports Group, has completed buyout with Grizzlies officials, and Howard will sign with the Lakers once he clears waivers, sources tell @TheAthleticNBA @Stadium.

In order to keep Howard fresh and healthy, expect him to rotate with McGee. The latter was a quality option in 2018-19, averaging 12 points and 7.5 rebounds. Howard’s addition will be best seen with Anthony Davis, however.

This move, in theory, allows Davis to play at the four, which would allow the Lakers to possess more size and defensive prowess in the lane than likely any other team in the league. Davis has the athleticism to defend the perimeter, so he can now allow McGee and Howard to focus on rim protection.

Offensively, this also lets Kuzma play his natural position on the wing. The 6-foot-9 youngster has the size necessary to be a stretch-four alongside new addition Jared Dudley, but he’d rather use his size to slash into the lane and improve on his 18.7 points per game last season.

The last positive effect: LeBron James can now play at the point. He is expected to split primary ball-handling duties with Rondo. With Howard allowing James to remain in the backcourt, the pressure isn’t on Rondo or new additions in Cook or Jackson to carry the load.

This isn’t about Howard rediscovering his All-Star form. It’s about a rotational piece that can defend and bang with other big men, such as Denver or Portland. As long as head coach Frank Vogel finds a way for his size to cope with the 3-point barrages from Golden State, the Lakers should see a defensive boost from last season. 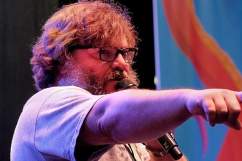 Jack Black on Kawhi Leonard to Clippers: ‘F— You!”