John Altobelli, the head baseball coach at Orange Coast College, perished with his wife, Keri, and daughter, Alyssa, in the helicopter crash that killed former NBA star Kobe Bryant and his daughter Gianna, the college confirmed. Known affectionately as “Coach Alto,” Altobelli was a coach of the year many times, building an esteemed career. Alyssa was one of two basketball teammates of Gianna’s who died in the crash.

The website for Orange Coast College Pirate Athletics says that Altobelli was the school’s head baseball coach. He was a former University of Houston baseball player and coached several future Major Leaguers. One of them, New York Yankees star Aaron Judge, played for Altobelli in the Cape Cod League. “This isn’t real…” he wrote on Twitter.

Orange Coast College is a community college in Costa Mesa, California. The Houston Chronicle reported that Altobelli’s daughter, Alyssa, was a player on Bryant’s basketball team. Kobe also coached Gianna on that team. Gianna was only 13, and a promising young basketball player who hoped to continue her dad’s legacy by making it to the WNBA.

Nine people were on board the helicopter that crashed, killing the Bryants and Altobellis. Another victim was named as girls’ basketball coach Christina Mauser, wife of Tijuana Dogs singer Matt Mauser. The pilot has been identified as Ara Zobayan, 50. Another player on the team, Payton Chester, and Payton’s mother, Sarah Chester, also died. According to TMZ, the chopper, a 1991 Sikorsky S-76B, slammed into a mountain after encountering heavy fog. It climbed to about 2,400 feet right before plummeting.

“We have lost a member of our OCC family, and our hearts are broken,” OCC President Angelica Suarez said in a statement. “Coach Altobelli was a giant on our campus – a beloved teacher, coach, colleague and friend. This is a tremendous loss for our campus community.”

1. Altobelli Was the Longest-Tenured Baseball Coach in the School’s History & Kobe Once Gave Alyssa a Shout Out on Instagram

Sammy Doucette, the Orange Coast College women’s basketball coach, coached Alyssa Altobelli at Mamba, Kobe’s basketball center. There was one thing she remembered most about the girl: “She always smiled,” Doucette said to Daily Beast.

Kobe Bryant once shared a video of Alyssa on Instagram, writing, “I hate seeing my #teammamba girls play against each other. This is GREAT defense by our mamba pg Alyssa Altobelli and a familiar looking fade by our 2gd the #Mambacita.”

Here’s that post, which is now a testament to the tragedy of lost potential:

I hate seeing my #teammamba girls play against each other. This is GREAT defense by our mamba pg Alyssa Altobelli and a familiar looking fade by our 2gd the #Mambacita

While Alyssa was an up-and-coming teammate of Kobe’s daughter, her dad, John Altobelli, was a beloved veteran coach who was a fixture at his college. According to the school’s website, he was the “longest-tenured baseball coach in school history,” and was entering his 28th season as the head coach of the baseball program.

“John meant so much to not only Orange Coast College, but to baseball,” OCC athletic director Jason Kehler said in a statement. “He truly personified what it means to be a baseball coach. The passion that he put into the game, but more importantly his athletes, was second to none—he treated them like family. Our deepest condolences go out to the Altobelli family during this time of tragedy.”

The Pirates “made history under Altobelli’s guidance in 2015, as they successfully defended their state baseball title with a return trip to Fresno and wins over nationally top-ranked San Joaquin Delta, No. 2 ranked Palomar and the No. 1 Mustangs again to win the title,” the college’s website says.

A gathering was already occurring at the college in Altobelli’s honor.

Sikorsky S-76: The N72EX Helicopter in the Kobe Bryant Crash

The Altobelli family consisted of five people before the crash. Today, a son and daughter are all that is left.

Altobelli’s son J.J. played baseball for the University of Oregon and then moved on to be a graduate assistant there, following his dad in coaching footsteps, the bio says. According to MassLive, J.J. Altobelli is a Red Sox scout. He was not on the helicopter.

“John and his wife, Keri, along with daughters Alexis and Alyssa reside in Newport Beach,” says the bio. Alexis also was not on the chopper.

The Brewster Whitecaps wrote on Twitter, “We are heartbroken and shocked to learn that our former head coach, John Altobelli along with his wife Keri and daughter Alyssa passed away this morning in the helicopter crash that also claimed the lives of Kobe Bryant and his daughter Gianna. John was our head coach in 2012-14, and his son JJ played for us too. JJ and his other daughter Alexis survive them. Our heartfelt condolences to his family.”

Jeff McNeil, the New York Mets infielder, wrote on Twitter, “Tough to hear the news of coach Altobelli. One of my favorite coaches I have ever played for and one of the main reasons I got a chance to play professional baseball. Both the baseball and basketball world lost a great one today.” 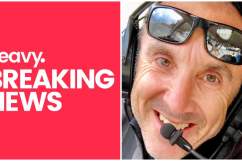 3. Altobelli Was the Conference Coach of the Year Many Times & Frequently Flew With Alyssa & Kobe to Games

John Altobelli with his wife.

Gianna and Alyssa were teammates at Mamba Sports Academy, which was Bryant’s basketball center.

OCC assistant coach Ron La Ruffa told CNN the girls and the adults “were flying from Orange County to Thousand Oaks to attend a game,” according to MyFox8.

“It was something John routinely did, flying up with Kobe to attend games with his daughter,” La Ruffa said to CNN.

Altobelli was honored many times.

this is a picture of kobe bryant and john altobelli, both killed on the helicopter crash that happened early today. rest in peace to both of these men. pic.twitter.com/9mJD1tsTDZ

“His enthusiasm and knowledge of the game have helped him turn the Coast program into a perennial favorite to compete for the conference championship. Altobelli reached the 300-win mark in 2006 and three times in his career, he has helped guide the Pirates to the State Final Four in Fresno.”

4. ‘Coach Alto’ Was Formerly an Assistant at UC Irvine & Worked Hard to Obtain Scholarships for Players

FacebookJohn Altobelli and his wife

In 2019, “he was honored by the American Baseball Coaches Association as an ABCA/Diamond National Coach of the Year, a testament to his incredible work ethic and passion for the game. ‘Coach Alto’ was a mentor to his players, often playing a key role in positioning student athletes to obtain scholarships to play at the four-year level,” the college said.

According to the bio, Altobelli was a “former assistant for Mike Gerakos at UC Irvine.”

During his five years there, he was involved in a fundraiser to improve Wendell Pickens Field. “The changes included a full scoreboard, new sound system, snack stand, bathrooms, improved batting cages and bullpens as well as a better playing surface,” the site says.

He started coaching at Newport Harbor High School in 1986. That school was his alma mater. He was also a graduate assistant at the University of Houston.

5. Altobelli Was Also a Standout Player

In college and in high school, Altobelli himself excelled on the baseball field.

“As a player, Altobelli was a standout outfielder at both Newport Harbor and then at Golden West College. As a sophomore in 1983, he was chosen team captain and was named the team’s ‘Rustler of the Year,'” the bio says.

“Altobelli transferred to the University of Houston, where he was a team captain and two-year starter in the Cougar outfield. As a senior, he led the Cougars to the NCAA Regional Finals, bringing them one game from advancing to the College World Series. Following college, Altobelli played one season of professional baseball with the Miami Marlins of the Florida State League.”