Allen Robinson knows a thing or two about recovering from a major knee injury. The Chicago Bears wide receiver tore his ACL in the first game of the 2017 season, when he was still with the Jacksonville Jaguars. The Bears signed him to a three-year $42 million contract the following season, and Robinson has proven to be a bargain.

In his two seasons in Chicago, Robinson has caught 153 passes for 1,901 yards and 11 scores, but his contributions to the team and to the offense have been immeasurable. Robinson was one of the league leaders in target share last season, which had a great deal to do with him being quarterback Mitchell Trubisky’s favorite offensive weapon.

Robinson was also the team’s nominee for the Walter Payton Man of the Year Award, and he recently won the Ed Block Courage Award, which is “given to one player on all 32 NFL teams who best exemplifies a commitment to sportsmanship and courage and serves as an inspiration in the locker room.” It is an honor bestowed upon players by their teammates, who vote to select the winner.

Clearly, Robinson is respected and appreciated in the Bears’ locker room. He is also a supportive presence to players who currently don’t play for the Bears, as is evidenced by his recent Twitter activity. 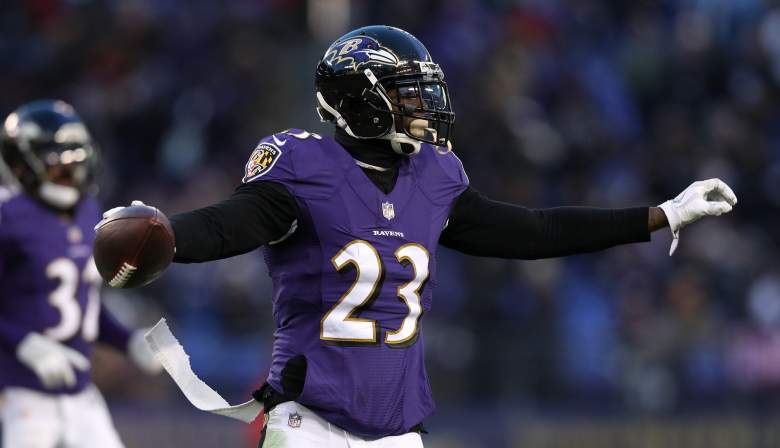 GettyStrong safety Tony Jefferson is recovering from a knee injury this offseason. He was released by the Baltimore Ravens earlier this year.

Robinson took to Twitter to send former Baltimore Ravens safety Tony Jefferson some words of support and encouragement after Jefferson tweeted out a video of his post-recovery workouts. Robinson retweeted the video, saying “This the grind ppl don’t see! Ya comeback gone be strong.” Jefferson the responded to Robinson, simply saying: “Facts bro.”

This the grind ppl don’t see! Ya comeback gone be strong ?? https://t.co/jjABAc3rA4

Jefferson, who turned 28-years-old in January, started just five games last year, and his last two seasons have both ended in surgeries. He had surgery on his ankle to end his 2018 campaign, and he had season-ending surgery on his knee after playing in just five games in 2019. He has been recovering ever since.

Jefferson’s name has been mentioned as a possible replacement for Ha Ha Clinton-Dix after he was released by the Ravens earlier this year. Dix is expected to sign elsewhere this offseason, a fact Robinson has addressed on Twitter in recent months.

In January, A-Rob took to Twitter to recruit veteran safety Eric Berry, who had announced his intentions of coming back to play in 2020 after taking 2019 off. This occurred much to the chagrin of Clinton-Dix, who responded to Robinson’s recruitment of Berry by tweeting: “Damn, just throw me away,” at Robinson.

For his part, Robinson later responded by saying he knew Clinton’Dix’s status as a free agent coupled with his skills on the field were going to result in a big payday for the current Bears’ strong safety. “Chill, Ha a free one of the best at that!” Robinson wrote. If Clinton-Dix is in fact out the door, would Jefferson be a strong option to come play opposite All-Pro Eddie Jackson?

At least one Bears analysts think so.

Pro Football Weekly’s Hub Arkush thinks Jefferson could be an appealing option for Chicago. Jefferson has just four interceptions in seven seasons, but he also has eight forced fumbles and four fumble recoveries in that time, so a pairing with Jackson could have definite potential — if Jefferson recovers fully, of course.

A full recovery from a torn ACL at the age of 28 is daunting, but it isn’t at all unheard of — running back Adrian Peterson’s recovery is a standard example.

Sports Illustrated’s Gene Chamberlain noted that as a strong safety, Jefferson could allow Eddie Jackson to move off the line of scrimmage more and provide the Bears with the same type of presence Adrian Amos provided in 2018.

Jefferson is certainly a major risk due to his recent injuries, but Robinson recovered nicely from the same surgery. What’s to say Jefferson won’t too?

READ NEXT: Should the Chicago Bears Trade for Pro Bowl Offensive Lineman?