The Chicago Bears have met with Marqui Christian this weekend, per the NFL’s waiver wire. Christian spent his first four seasons with the Los Angeles Rams, where he played in 55 total games, starting one. In that time, he 83 tackles, three pass breakups and one tackle for loss.

Whether the Bears had Christian workout, or whether they met with him in another capacity isn’t clear yet. Still, his visit was the first the team has had so far in the early part of the 2020 season.

And here’s today’s list of visits, with some interesting names on there. pic.twitter.com/fnNFfLVebU

Christian was drafted in the fifth round of the 2016 NFL Draft by the Arizona Cardinals, who waived him later that year. The 5’11, 207-pound safety played his college ball at Midwestern State University.

Christian Will Start 2020 NFL Season on the Bench 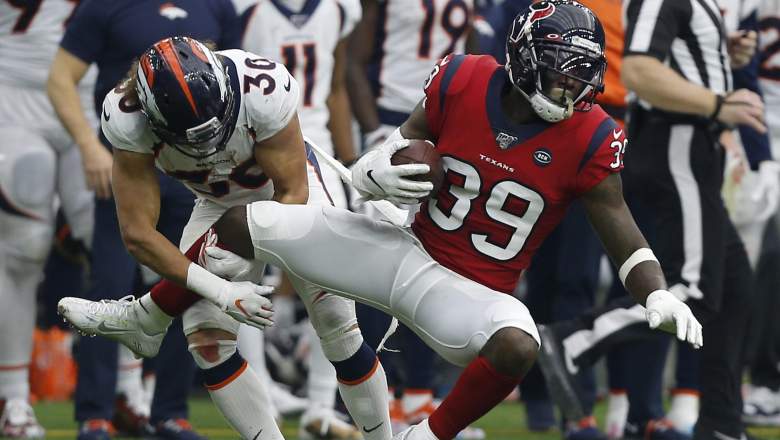 Christian became a free agent at the end of last season, and had reportedly agreed to a one-year deal with the New York Jets that later fell through for undisclosed reasons. Christian is also set to serve a two-game suspension at the start of the 2020 NFL season, for reasons that also remain unknown. There seems to be a bit of mystery surrounding his fall out with the Jets, as well as his suspension, but the Bears are very likely doing their homework regarding both issues.

After his two game suspension is served, Christian could provide any team that takes a chance on him with some decent-to-mediocre depth at safety — but his primary contribution would likely be on special teams. In both 2018 and 2019, he played 34 percent of the Rams’ special teams snaps.

Thus, it’s safe to say Christian won’t be competing for a starting role at safety in Chicago. Ex-Texans safety Tashaun Gipson is expected to compete with Deon Bush for the starting slot opposite All-Pro Eddie Jackson. Having a visit with Christian suggests the team wants to shore up some veteran depth on special teams more than anything else.

In March, Christian had reportedly agreed to a one-year, $2 million deal with the Jets, per NFL analyst Aaron Wilson. After that fell through, it wouldn’t be surprising if an interested team signed him to a very similar deal for slightly less money. Something like a one-year, $1.5 million deal sounds about right.

After starting nose tackle Eddie Goldman opted out this season, the Bears are left with $17 million in cap space, so they can make at least one free agency splash signing while also addressing depth issues if they choose to. Signing a player like Christian wouldn’t be a splash by any means, but it could be a low-risk, high-reward way to add depth to multiple areas.

Read More
Chicago Bears, Football, NFL
The Chicago Bears had a visit with this ex-Rams safety this weekend.