Getty Eddie Goldman has informed the Chicago Bears he is opting out of the 2020 season.

The Chicago Bears have seen their first player opt out of the 2020 season due to health concerns related to COVID-19. Stud nose tackle Eddie Goldman will sit this season out, per NFL insider Ian Rapoport.

Sources: #Bears standout DT Eddie Goldman has informed the team he plans to opt out due to health concerns related to COVID-19. Goldman has been a standout in the middle of Chicago’s D since 2015.

Goldman has been a stout — and very underrated — member of this defensive line since his arrival five years ago, and the Bears defense, formidable as it still is, just suffered a significant blow in losing him. He was a Pro Bowl alternate last season, and he has started 63 games for Chicago over the last five seasons, compiling 12.5 sacks in that time. Goldman has also been a standout defender against the run — he has 17 tackles-for-loss in his career — and with defensive end Akiem Hicks coming back after being injured the majority of last season, the Bears will now be tested in a big way on defense.

Bears Get Salary Cap Credit Due to Goldman Opt Out

Per Pro Football Focus’ Brad Spielberger, Chicago will receive a salary cap credit of $7.85 million in the wake of Goldman opting out, as his base salary this year was just under $5 million, and his roster bonus is $3 million. According to Spielberger, who’s a bit of an expert on the Bears’ cap situation, this will leave the team with around $19 million in cap space to work with.

The team will now be left with the semi-daunting task of trying to fill the huge void left by one of their brightest young stars. Goldman is only 26, and is in the third year of his four-year, $42 million contract with the team. Ever the supportive teammate, Akiem Hicks tweeted out in support of Goldman’s decision shortly after the news broke.

Who Can Bears Add to Replace Goldman? 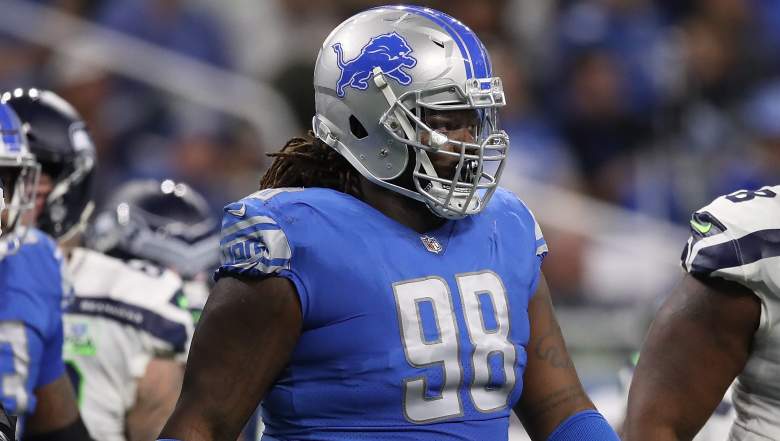 There are several defensive linemen still available who remain unsigned, and while they wouldn’t necessarily fill Goldman’s shoes, they could help soften the blow for this defense.

There’s former New York Giants and Detroit Lions standout Damon “Snacks” Harrison, who will be entering his ninth NFL season this year. Harrison was an All-Pro in 2016 with the Giants, and he has 11 sacks and 37 tackles for loss over his career. He can be an absolute game-wrecker at times, and would provide the Bears’ defense with some much-needed depth on the line. Plus, without Goldman’s salary, Chicago could afford him.

They could also afford defensive tackle Timmy Jernigan, who has spent three seasons apiece with the Eagles and Ravens. Jernigan has 17.5 career sacks in six years, and could be a low-cost, high-reward signing for the Bears. He has 29 tackles-for-loss in his six seasons, and he has started 51 games in that span. He has has 47 quarterback hits, so he tends to find himself in the backfield quite a bit — which is what the Bears will need now with Goldman gone.

Read More
Chicago Bears, Football, NFL
The Chicago Bears defense just suffered a big-time blow, as this stud defender will opt out of the 2020 NFL season.