Six years removed from his final season with the Chicago Bulls and Derrick Rose still bleeds for his city.

The former No. 1 overall pick from the south-side Chicago neighborhood of Englewood wrote a sincere message of admiration and deep concern on his Instagram, urging Chicago natives to express “real love” and empathy.

Here’s the heartfelt message he wrote on his Instagram:

I love you. I appreciate you. I cherish you. I value you. I’m proud of you. Where I’m from people don’t hear that enough. You have to remember it’s not the individual.. it’s the environment mixed with pain and that hood mentality. Where I’m from you can’t show NO real love or empathy.. because where I’m from that’s a sign of weakness. And by you being vulnerable by expressing real love your life can be taken away just like that. Shorty you have to BREAK the cycle. The numbers not adding up.

So if you are bangin or if the streets really raised you remember the dudes that started your gang were standup dudes. They wasn’t with the killin bullshit. The system made them that way. They had principles, unity, and they tried to protect us. The dictum was not to divide. We losing Kings everyday. It’s really no one to hate.

Don’t fall for the trick shorty. Appreciate yo life. CHICAGO I FUCKING LOVE YOU.

Rose Working to Break the Cycle

Rose’s message was a continuation of his mission to help stave off crime and violence in Chicago since he donated $1 million to After School Matters, a Chicago nonprofit for teens, and wore an “I Can’t Breathe” t-shirt during pre-game warmups in tribute of Eric Garner back in 2014.

“I don’t want my son growing up being scared of the police or having the thought that something like that could happen.”

Derrick Rose in 2014 after being one of the first NBA players to wear an “I Can’t Breathe” shirt during warm-ups to honor Eric Garner. pic.twitter.com/nBROBD2lpa

“I wouldn’t say I’m going to do it every time, it’s just something that I just felt,” Rose said of his pre-game statement in 2014. “Usually I stay out of politics and police brutality. I’m not saying all cops are bad or anything, I’m just saying what happened them days is uncalled for, and I think that hurt a lot of people. It hurt the nation.” 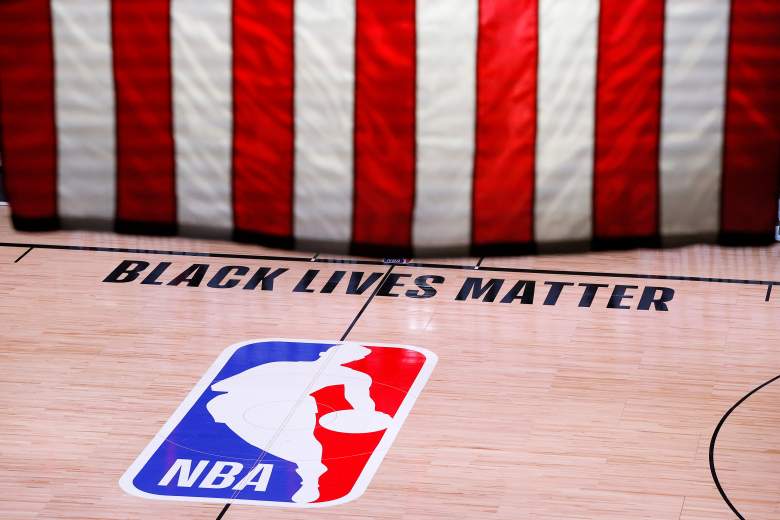 Rose’s statement caused an uproar that NBA Commissioner Adam Silver resolved with a relative lack of support when considering the league’s recent support and promotion to encourage players to have a voice in social justice issues.

“I respect Derrick Rose and all of our players for voicing their personal views on important issues but my preference would be for players to abide by our on-court attire rules,” Silver said in 2014.

Six years later, Silver and the NBA had the 2020 Orlando Bubble courts branded in support of Black Lives Matter and allowed players to commemorate victims of systemic racism on the backs of their jerseys.

It was Rose, who will return to play for the Detroit Pistons in his 15th professional season, who started the movement.

Six years ago, Derrick Rose rocked a “I can’t breathe” shirt during warmups regarding police brutality, starting a movement throughout the league. pic.twitter.com/yxZC27COFJ