Some new developments surrounding Jacksonville Jaguars defensive end Yannick Ngakoue could help insert Cleveland Browns back in the mix for the impactful pass-rusher.

Ngakoue parted ways with his agent Ari Nissim this week, who had represented him since May 2018. He’s currently in the five-day waiting period before he can sign new representation and there will almost surely be developments that come out of that change. For example, look at Browns tight end, who fired his agent before hiring Drew Rosenhaus, promptly surprising the Browns with a trade demand shortly after.

Ngakoue is currently in the five-day waiting period before he’s allowed to hire new representation.

The 25-year-old defensive end has sparred with the Jaguars this offseason, refusing to sign his franchise tender and not reporting to training camp on time.

“The Jaguars are aware I no longer have interest in signing a long term contract in Jacksonville,” Ngakoue said on social media in March. “Duval, I love you and gave you guys everything I got. I’m thankful for the journey and look forward to continuing my career elsewhere. -91” 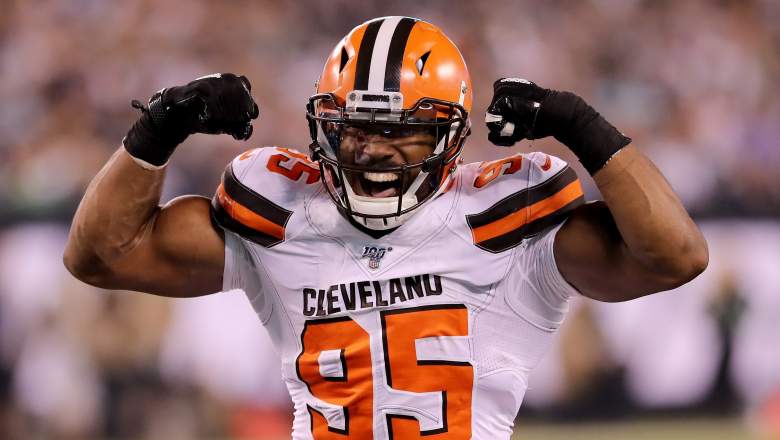 At just 25 years old, Ngakoue is in his prime to get a big-money deal, but has hit a rough patch with the Jaguars. The Jags franchise tagged Ngakoue this offseason for $17.8 million, but he wants a long-term deal that will make him one of the highest paid pass-rushers in the league — in the same category as Browns DE Myles Garrett and others.

The Browns reportedly courted multiple defensive stars this offseason in free agency, specially former No. 1 overall pick Jadeveon Clowney. The Browns had reportedly offered Clowney the most lucrative deal he’s had available so far in free agency, but he turned them down. That strategy plays into what Browns general manager Andrew Berry said when he took the job. The first-time GM said he’d be aggressive in the pursuit of top-tier talent and insiders have speculated that he inquired on names like Jamal Adams earlier this offseason via trade.

The Browns recently reworked the contract of veteran defensive end Olivier Vernon, who is a Pro Bowl talent in his own right when healthy. Vernon was due to make $15.25 million next season, which was not going to be guaranteed until a week before the season. However, on his reworked deal, Vernon will get $11 million guaranteed through a $7 million signing bonus, $3.75 million base salary, $250,000 workout bonus and $2 million in incentives, according to ESPN’s Field Yates, who first reported the deal.

Price Will Have to be Right for Browns With Yannick Ngakoue 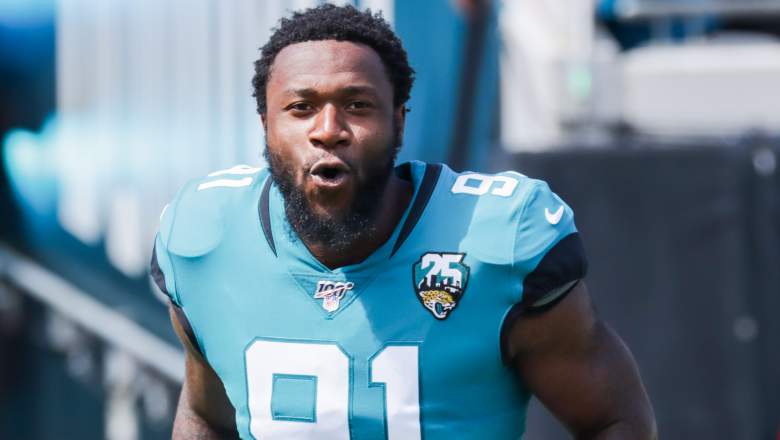 GettyYannick Ngakoue of the Jacksonville Jaguars.

Ngakoue, a former third-round pick, has notched 37.5 sacks over his first four seasons. He made the Pro Bowl in 2017, collecting 12 sacks. The former third-round pick has also forced 14 fumbles, evidence of his explosive physical abilities that can impact games. Playing across from a talent like Garrett would only optimize his abilities — even if that was just on a franchise tag with the Browns.

If Ngakoue cannot assure that he wasn’t a long-term deal with the Browns, the price would have to be right on a trade if it’s just for a single season, especially considering Cleveland has Vernon on the roster.

The Jaguars have been cautious when talking about Ngakoue in recent months, but general manager Dave Caldwell recently said that he had contact with his disgruntled star.

“I know he and I have been in contact the last couple days, but I think that is for him to discuss,” Caldwell said, “he’s played his contract out and he’s earned the right to do what’s best for him and his family.”

Loading more stories
wpDiscuz
0
0
Would love your thoughts, please comment.x
()
x
| Reply
Some new developments surrounding Jacksonville Jaguars Yannick Ngakoue could help insert the Browns back in the mix for the impactful pass-rusher.