In a now deleted clip on his Instagram story to his 5.6 million followers, the 15-year-old was seen smoking what appeared to be a blunt.

The son of the Los Angeles Lakers star was soon trending on Twitter and the situation spawned a slew of memes poking fun of the situation.

LeBron James has been in the bubble for more than two months. His wife, Savannah Brinson, recently joined him, but his three kids — including Bronny — stayed in Los Angeles.

LeBron James after a hard day of receiving only 16 MVP votes and seeing his son Bronny James smoke weed on his IG story pic.twitter.com/ijcSVDUiOD

LeBron James: Bubble Not a Place for Kids

James previously stated that he didn’t want to bring his kids into the bubble because there wasn’t enough to keep them busy as he pursued his fourth NBA title.

James previously made headlines for saying that he allowed his kids to drink wine with him, calling them very mature.

LeBron says his kids have a glass with mom and dad 🍷 pic.twitter.com/OcQJ6NBvRM

He was then asked if his children preferred “white or red,” responding, “Whatever dad or mom is having. … Put it on me, though, don’t put it on mom. Put it on dad, put it on dad.”

LeBron James Makes His Own Headlines 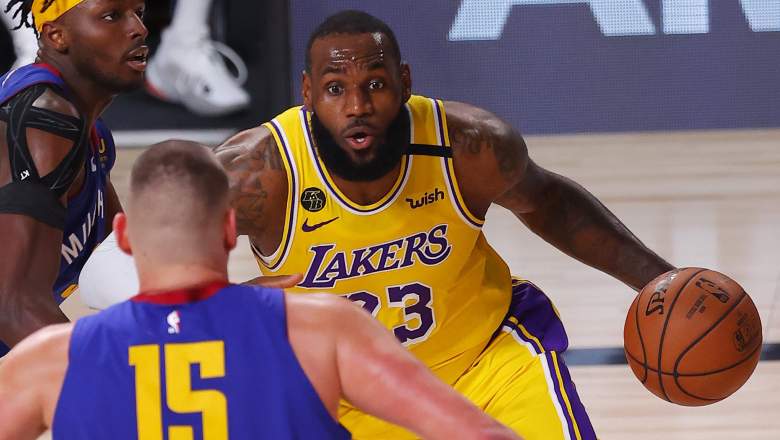 The Lakers and LeBron James defeated the Denver Nuggets in Game 1 of the Western Conference Finals on Friday. James knew he was going to be in headlines following his postgame interview in which he talked about the MVP voting. James garnered just 16 first-place votes as Bucks star Giannis Antetokounmpo collected his second consecutive MVP.

As James walked out of the interview, he mumbled to his fellow star Anthony Davis, “another headline for me tomorrow.”

Loading more stories
A clip of LeBron James' son Bronny smoking what looked to be a blunt went viral on social media over the weekend.