Getty George Iloka was re-signed by the Vikings on Thursday, Sept. 17.

George Iloka is once again a member of the Minnesota Vikings.

The 30-year-old safety who played for the team in 2018 after six years with the Cincinnati Bengals was signed on Thursday, per a team report. He was in the Twin Cities area earlier this week undergoing coronavirus protocols.

The #Vikings have signed S George Iloka (@George_iloka) to the practice squad. pic.twitter.com/ifBl9jjdEn

Iloka worked out with the Vikings at training camp in August. The Vikings potentially did not sign Iloka during the preseason to avoid his veteran contract being fully guaranteed.

The Vikings started the season with no backups behind the NFL’s top safety tandem in Anthony Harris and Harrison Smith. Second-year defensive back Nate Meadors was activated off the practice squad last Sunday but did not play a snap against the Packers.

Meadors provides versatility as he’s taken reps at safety and cornerback this offseason, but Iloka’s signing has given the Vikings a true safety who can back up both Harris and Smith.

Iloka, who played his first two years in the NFL for coach Mike Zimmer in Cincinnati,  will start on the practice squad but could be activated to the 53-man roster soon. He was not rostered for the 2019 season and could make his first return to NFL action in a year this season.

Iloka Played Sparingly For the Vikings In 2018 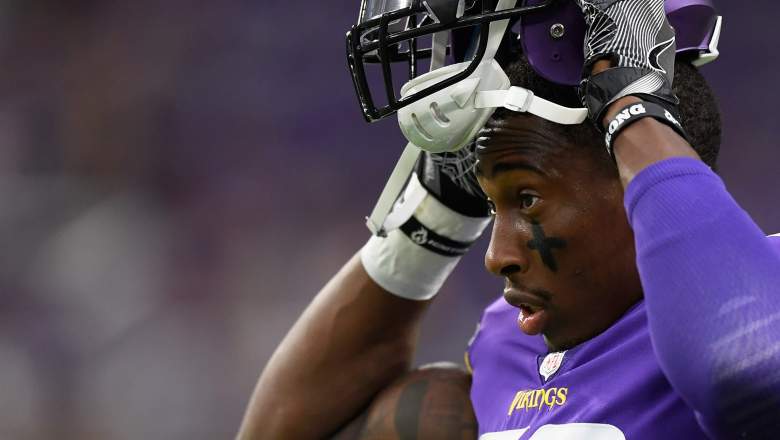 Despite becoming a versatile defensive weapon over his career, Iloka played sparingly for the Vikings in 2018 as his tenure coincided with the emergence of Harris — who led the NFL in interceptions in 2019.

Iloka dressed for all 16 games in 2018 but played only 116 defensive snaps that season — largely as a special teams player. Iloka replaced Andrew Sendejo who suffered a season-ending groin injury in Week 5. He started in the following three games before Harris took the starting role and ran with it.

Standing 6-foot-4, Iloka was originally drafted as a physical box safety. In his first year starting in Zimmer’s Bengals defense, Iloka played a hand in four turnovers and totaled 66 combined tackles as a disruptive strong safety.

He proved himself in coverage, averaging two interceptions per season leading to his peak year in 2017 — when he posted a 68.4 allowed passer rating in his second year playing free safety.

Iloka joins Meadors and Michigan sixth-rounder Josh Metellus as the primary backups behind Harris and Smith. Meadors remains on the 53-man roster for now.

Iloka started 76 games from 2013 to 2017, missing only six games in 2015 due to a groin injury, giving the Vikings a reliable and vetted veteran to patrol the top of the defense in the vent Harris or Smith misses time.

The starting duo played all 78 defensive snaps last Sunday and will continue to chaperone a young cornerback group that was picked apart against Packers quarterback Aaron Rodgers.

Loading more stories
wpDiscuz
0
0
Would love your thoughts, please comment.x
()
x
| Reply
One of coach Mike Zimmer's old dogs is back with the Vikings.