Based solely on name recognition, it seemed the Vikings got a steal in trading a second- and conditional fifth-round draft picks for ex-Jaguars Pro Bowler Yannick Ngakoue.

But his brand does come with some spoiled goods.

Ngakoue’s only Pro Bowl appearance came in his second year in the league in 2017 when the 2016 third-rounder tallied 12 sacks, six forced fumbles and two fumble recoveries — one which went for a touchdown.

Priding himself on being a disruptive force in the backfield, specifically in forcing fumbles, Ngakoue didn’t play role in a single turnover the following season and has yet to produce a double-digit season sack total since his Pro Bowl year.

Pro Football Focus recently labeled Ngakoue a “good not great” 2020 free agency candidate for the drop-off in his career and being a virtual non-factor in stopping the run.

PFF senior analyst Sam Monson broke down Ngakoue’s decline over the past couple of seasons to a couple of factors.

Here’s what he wrote:

Firstly, the season that showed his elite potential as a pass-rusher was 2017, and he hasn’t really come close to those heights since. That year, he had an 88.2 PFF pass-rushing grade and notched 82 total pressures including the playoffs.

Since then, he hasn’t been within 10 grading points of that high mark and has registered pressure at a much lower rate. Secondly, Ngakoue wants no part of defending the run. Admittedly, that has never been less relevant, but at some point it’s bad enough that it is an issue, and Ngakoue has never had a PFF grade north of 60.0 against the run, with his first season in the league earning one of just 29.5.

In theory, there is an elite pass-rusher in Ngakoue, but a team will need to gamble that they can coax the player we saw in 2017 back out. 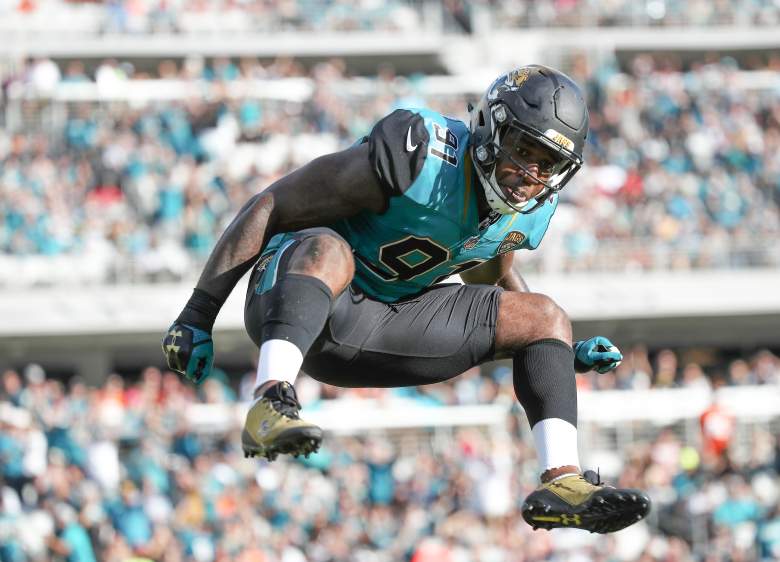 GettyYannick Ngakoue wasn’t in the greatest situation with the Jaguars.

The Jaguars were sixth in points per game (25.9) in 2017 when they made it to the AFC Championship game but since have finished 31st (15.3) and 26th (18.8). The Jaguars atrophic offense led to the team trailing and facing more running plays as opponents killed the clock late in games.

Here’s a three-year breakdown of the Jaguars’ competition’s play selection:

Ngakoue’s claim holds true as the Jaguars did put fewer points on the boards, leading to fewer opportunities for Ngakoue to get after the quarterback. The Vikings are an improvement as opponents rushed an average of 25.0 times per game (16th-most in NFL), attempted 36.3 passes per game (ninth-most in NFL) and scored the 11th-most points per game (24.6).

How the Vikings Can Get the Most From Ngakoue

Ngakoue has proven to be a precarious elite talent. Lacking in almost every physical category, he has made his bread and butter with a high motor and executing a few edge rush moves to perfection. He’s not nearly as versatile of a weapon that the Vikings tend to groom in their drafted defensive linemen.

But when he’s locked in, he can be dominant.

That is now the 9th career multi-sack game for @YannickNgakoue

He is tied for the most in franchise history and tied for the 4th-most in the NFL since 2017. pic.twitter.com/RoEmXiwnOV

Coupling Ngakoue with Danielle Hunter, the Vikings now have two of the top-five leading-edge rushers in QB pressures.

Two of them now play for the @vikings. 😳 (powered by @awscloud) pic.twitter.com/Kh1UeJgIsR

Their success will rely on an entirely new starting cornerback group and if it can buy them time to get after the quarterback.

If not, the Vikings’ Ngakoue experiment could end before it truly sees its fruition as the team will have major decisions to make in 2021 as contracts with Dalvin Cook (if a deal is not reached soon), Anthony Harris and Ngakoue set to expire.